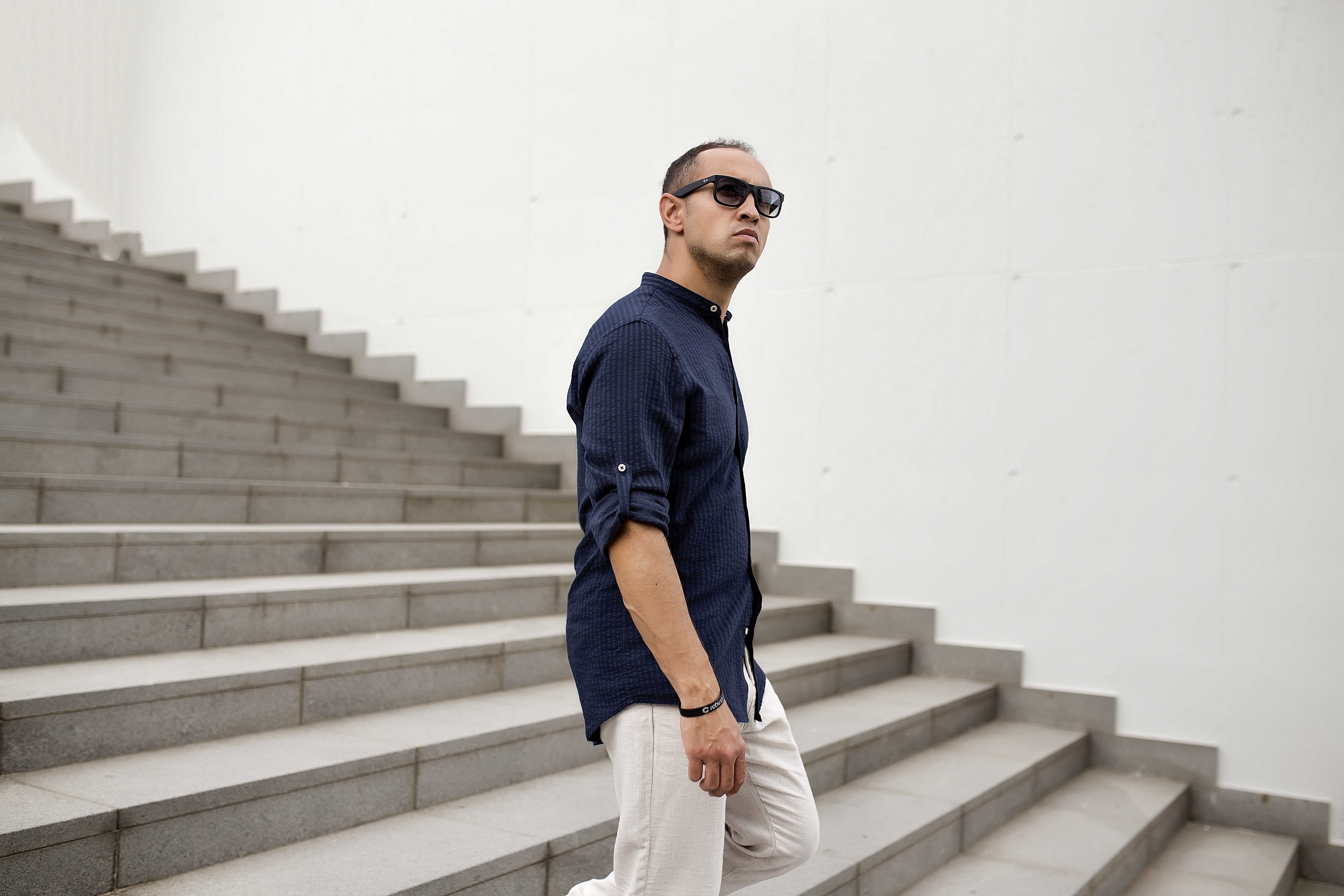 Introduce yourself, give us some background on how you got to where you are.

I live in Brescia (city in the north of Italy) and I started to approach the music world in 1998, thanks to the amazing person who was Fabio Bacci, at the time A&R at Heartbeat Records (a division of Media Records). I learned some aspects of the music business and I started working in the studio producing some remixes for the historic American label Easy Street and for soulful artists like De’Lacy, Debbie Pender and Lisa Hunt. I was graduating in economics, but the desire to continue in the music was great. So in 2001 I started to collaborate as A&R and promoter with Oxyd and after Time Records. I was scouting and looking for new artists, creating contacts and strategies.

What was a passion finally turned into a proper job, it was a period full of satisfactions and I gained a good credibility in the industry. The commercial success, however, was trying to move me away from what I was looking for, and in me was emerging the need to create something totally mine, to follow my inspirations without any compromise. It was 2006 when I decided to create Rebirth and it was a shining moment for me.

Tell us why you started the label, what was the vision? The musical sound you were aiming for?

After the club success of my track ‘808 “Why Oh Why” by NUfrequency in 2005, it was time to walk with my legs and follow one hundred per cent my musical vision.

My music finds its roots from the past but it’s combined with a modern approach and new technologies. My taste is very eclectic, and I always look for something that catches me instantly or something timeless, that can last with the time. I take a lot of time when it comes to select our music releases, and in a world where everything has become so fast and consumed very quickly, I still believe that electronic music has to give us emotions.

And has it played out like you had hope now you are 100+ releases in?

Rebirth is in the thirteenth year of life. Currently we reached number 120 in the main catalogue, and, if we add the other 64 releases of the digital catalogue, we produced more than 180 in total!

Any real highlights over the years so far?

I don’t like to talk about highlights of the label, rather about a path, an identity that has grown and consolidated over the time.

Tell us about putting out dubplates before the full EPs – is that to build hope, old school style?

Each record has its own history and follows its own path, it must be treated differently, in terms of promotion and strategy. I’m tied to the old methods, and with the return of vinyl, it was natural to go back to promoting some releases this way. For the tracks in which I believe most I often start by printing 10 vinyl test pressings, to create the buzz and to increase the interest.

How did you make Habanera? Its become a big tune – did you know it would?

‘Habanera’ is my new single produced with Robytek featuring the soprano Katia Ricciarelli and remixed by dOP & Rothko Ensemble and Nu & Israel Vich. I’m happy to see it is loved and supported by djs of different genres and musical style, from Pete Tong to Gilles Peterson, from David Guetta to Dj Koze, and is doing very well in Ibiza, Greece and also in Italy.

It all started last summer. During a dinner with old schoolmates, one of my old friends proposed me the collaboration. He was working with Katia for a few years, and he was following my label and my music productions. At first I was surprised and a little skeptical, but when we put our hands on the song I realized that something great and completely different was coming out. I tested it for the first time at the end of last summer and the reaction of the people was amazing. Katia was also loving it, she is so open to music ideas and experimentations. She celebrates the 50th anniversary of her career in 2019 and this song could not have come at a better time!

Did you set out to make a big tune like that?

The melody comes from the famous aria of Carmen by George Bizet. It’s an innovative idea to mix opera with the electronica, and fusing it with downtempo and house music. We are very happy with the result, and the remixes also sound very good !

No, we didn’t produce it with Katia in the studio. She sent us the vocal and instrumental parts and we produced the first song on the laptop and then mixed it in the Rebirth studio.

What’s next for the label, how do you follow such a big tune?

I am proud to present ‘Drum’N Voice Remixed’ a collection of remixes of songs by Billy Cobham, one of the most important drummers and percussionists in the world, a true legend for jazz fusion music. The limited double vinyl will include remixes from artists like Max Loderbauer & Ricardo Villalobos, Gerd Janson, Folamour, S.A.M, Khidja, Danny Krivit, Lexx,  Boris Dlugosch…

We have also just released the new single from Modular Project called ‘Vivid Poison’ remixed by Perel and Autarkic. Forthcoming in August the first volume of our ‘Ibiza Bar’ EP series, dedicated to our balearic style, that includes the Original mix of Habanera and two strong tracks from Israel Vich & Nova Lima and Chriss Vogt & Patrick Geremic. While In September will be released the EP ‘Matadi’ by the afro congolese singer Samba Mapangala, including a remix from me and Robytek.

In addition to Rebirth In 2019 I have launched Tempo Dischi, a vinyl only label distributed by Rush Hour, to repress classics and rarities of Italian disco and afro cosmic music. The first release, Steel Mind ‘Boss Man / Lionel’ is out now and in September will re-release Automat by Automat, a seminal album of the first italian electronic music scene.

And personally what else have you got coming up/are you working on this year?

Personally I’m working with Robytek on new ideas for a new single, and I’m also producing some tracks for my first album, which I hope will be finished soon.