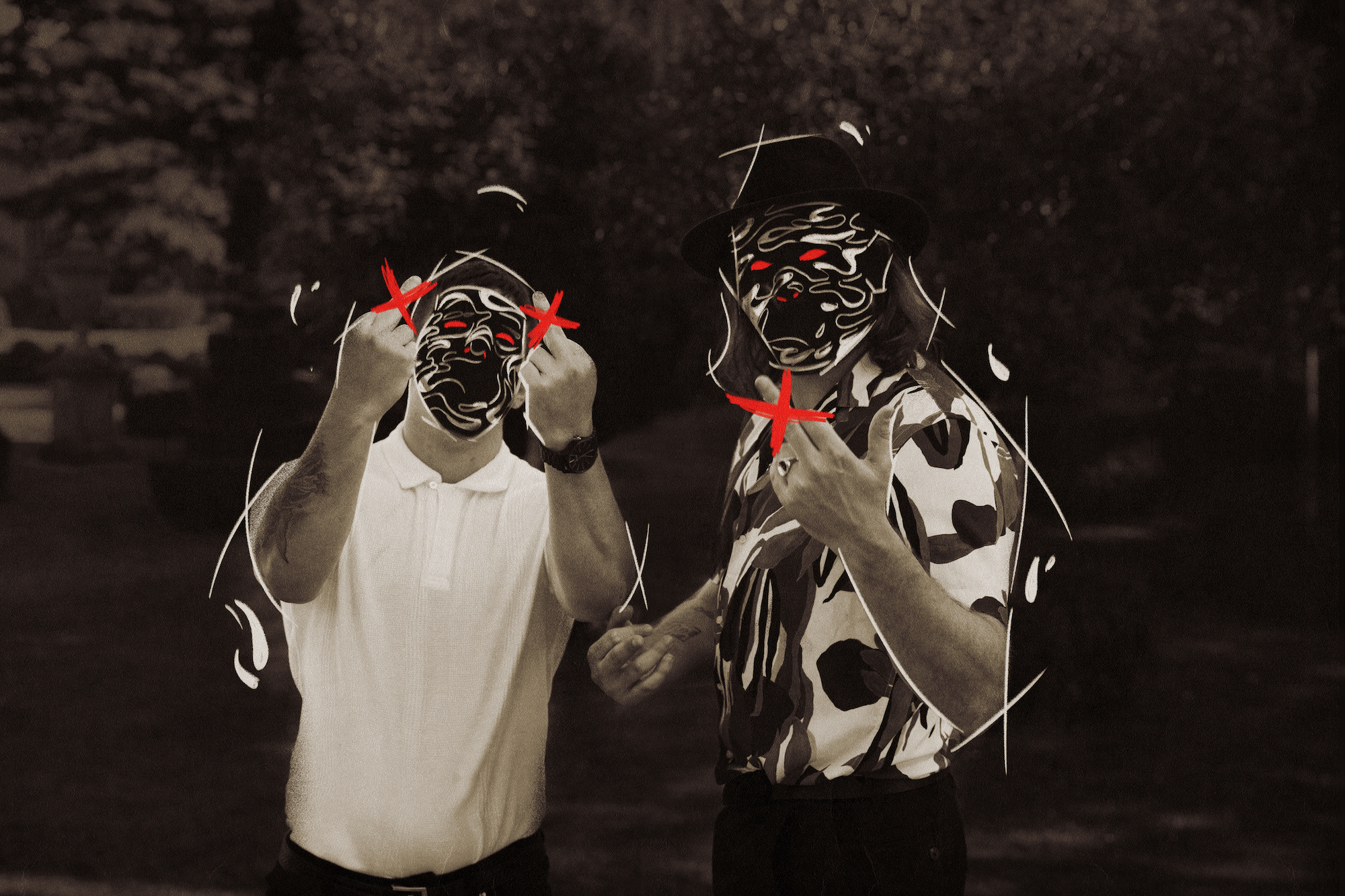 Back with a bang to unleash more bass-heavy tech goodness on an unsuspecting public, SESH unleash the pummelling 4/4 cut Dondada on Humble Angel.

A mysterious international collaboration that makes sleazy tech house records for heads down ravers, last year SESH were unmasked as duo Dan Dare and Johnny Courtidis AKA KOLIDESCOPES, who have had a string of electronic hits over the past few years, most recently their collaboration with Gavin James “All For You”. In addition, they also co-wrote and co-produced Joel Corry’s global Platinum hit Head & Heart, which has amassed more than half a billion streams on Spotify alone and reached number 1 in the Official UK Charts for 6 weeks.

SESH is their outlet for more twisted 4/4 sounds. Following the release of 2020’s pounding RAVE, the new single is Dondada: a full-blooded tech house thumper with a warped vocal, hard-hitting drums and ferocious attitude.

Get ready for the SESH.