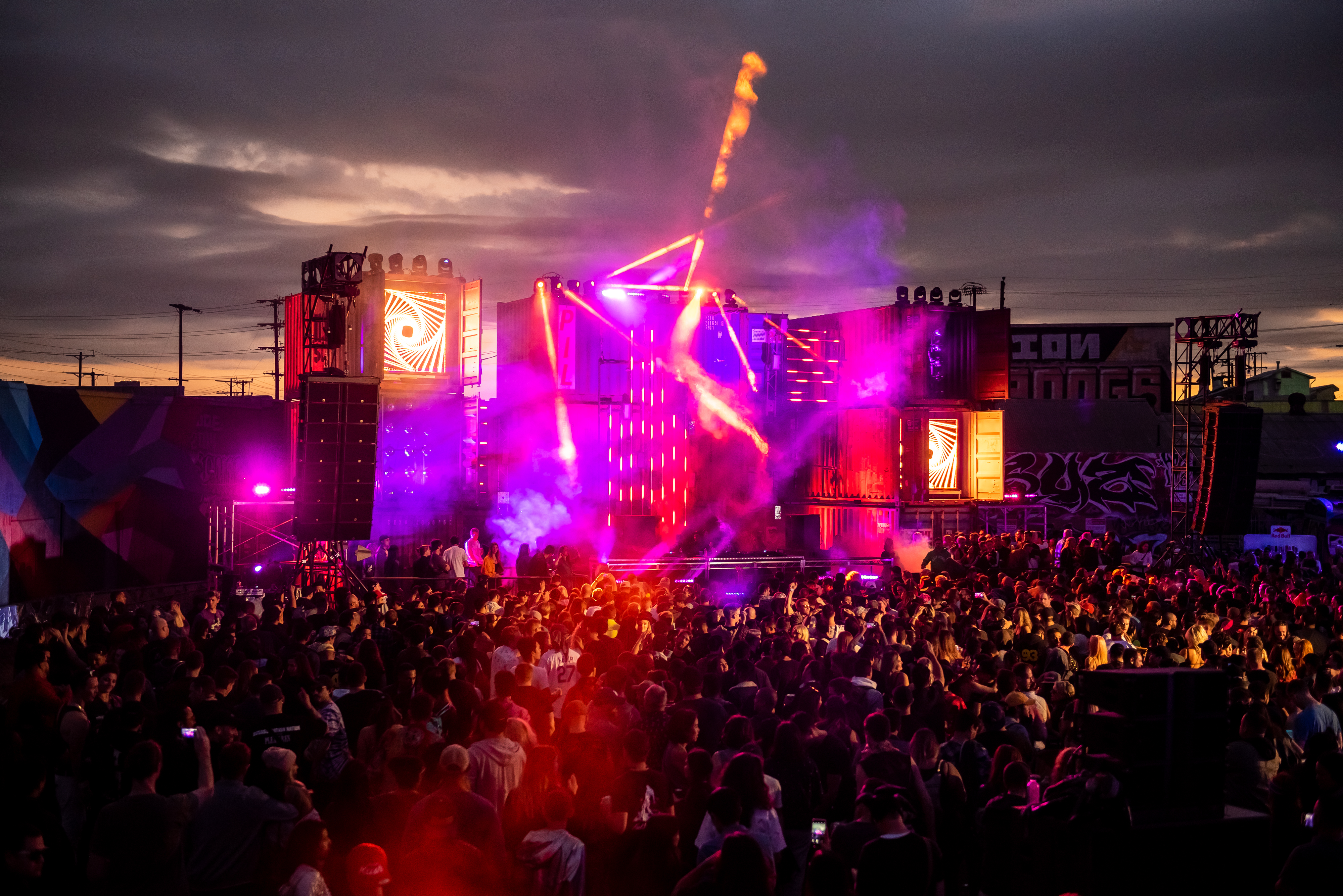 Secret Project made a standout entrance into the Los Angeles underground in 2018, serving as a first-of-its-kind event that paired avant garde strains of dance music with haute cuisine and craft cocktail programming. The tradition continues into 2019, and one might argue thattjat  the fledgling Insomniac offshoot has managed to top itself with its second edition billing.

Its headliners represent a wide scope of house and electronica; Four Tet, Nina Kraviz b2b Helena Hauff, Honey Dijon, Daniel Avery, are just a few of the headlining DJ sets of the weekend. On the live end, Angelenos are in for a real treat—Âme’s live contingent, Frank Wiedemann, will be performing an entirely live b2b with Bulgarian legend KiNK, while Modeselektor will also be performing live. This doesn’t even scratch the surface; other powerplayers making their Secret Project debut are Adriatique, Jada G, Denis Sulta, DāM-FunK, and Gerd Janson. Peggy Gou will be returning, as will Dixon and DJ Tennis, who will be hosting his own Life and Death stage on Saturday.

It’s safe to say that Secret Project will remain a prominent fixture of the LA dance scene moving forward. 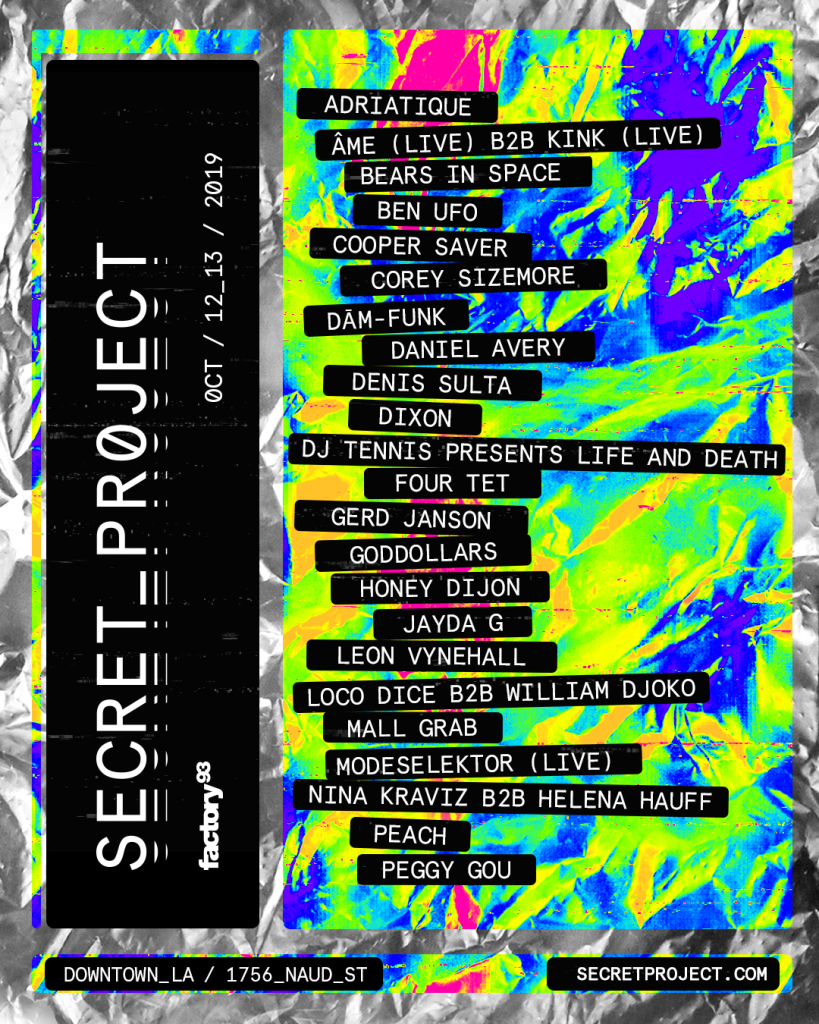