Save As on traveling, studio gear and his debut Repopulate Mars EP ‘One More’ out now.

Save As is an exciting artist based out of California who’s garnered a solid reputation for bass driven house music, appearing on labels like Tactical Trax, Stamp Art and NastyFunk. He’s now offering up his debut Repopulate Mars release called ‘One More’. Buy/Stream here https://lnk.to/RPM049

1. Hi Greg, great to get to speak with you. You were born in New Jersey, raised in France and now live in California. Can you go into a bit more detail about your upbringing and how it influenced your musical tastes?

Hello guys, first of all thank you for having me and I am very glad to have this talk with you!
Well it’s been quite the journey to be honest. I left New Jersey when I was 3 years old and grew up in France around Paris until 2000. Then I moved to the northern east area of France, right by the border of Luxembourg, Germany and Belgium. This geographic aspect gave me the opportunity to travel easily within few countries and try out different music scenes.
I went through several different stages with the music I was listening to. I grew up with my parents listening to music every day. Mostly various genres such as Funk, Disco, Jazz and Rock. I remember my dad blasting Technotronic and my mom Kool & The Gang which inspired my taste for groovy energetic music.

He missed my first submission, so I insisted a couple times because I really thought that these demos would fit their label and bring something fresh to the scene!

2. When did you first decide electronic music would be your calling, and how did you set out on your journey?

I fell in love with DJing when I was 14 years old and ever since then, I’ve always been into music. While DJing back in the 2000’s, I was really fond of Hip Hop and Rnb. We spent hours scratching and coming up with some good old cassette/CD mixtapes that we would sell among our friends and local vinyl shops in order to buy new records! I am talking about the time there were vinyl crates to carry around to the parties! Now, two USBs and you’re good to go! The electronic music bug came up a little later on after listening to the full album of Cassius (1999) and continuing with rocking the Armand Van Helden “You Don’t Know Me” single. That came along a bit after Fatboy Slim and the master Daft Punk. I spent several years DJing until I was coming to a stop and wanted to play my own creations. Since then I have been mainly focusing on producing my own music.

3. It’s an incredible time to have your debut release on Repopulate Mars, following the likes of Michael Bibi, Shiba San, Martin Ikin, Eli Brown and Mason Maynard. How did your release get in the hands of Lee Foss?

To be honest that was quite a tough one! Haha. I have been a huge fan of this label when they started releasing tracks from Mihalis Safras and Detlef.
So I finished some demos back in June 2018 and by that time there was no email to submit demos to Repopulate Mars. So I had to find who their A&R was and I contacted him on Facebook. He missed my first submission, so I insisted a couple times because I really thought that these demos would fit their label and bring something fresh to the scene!

Then I passed his first approval in August last year then Lee said yes! The rest came along nicely. I am very thankful for their massive support and help on this release.

4. Your ‘One More’ EP drops on Repopulate Mars on 22nd February 2019. Can you tell us about your studio and creative process when tackling your two tracks?

Super stoked to share this EP with everyone! My studio has what I would call, the “essential” hardware/software wise: Ableton Live, MPK49 keyboard, Focal monitors, solid headphones and some essential VSTs. I still love hardware and I am sure I’ll buy more soon because they are really fun to bring some good dynamic to my creativity.

The tackling of these 2 tracks occurred early 2018 when I had just spent NYE in London and got inspired by that night to make some new music. I wanted to create some tracks that would make the people vibrate, go crazy and lose themselves while listening to them. So for a of couple weeks, I mainly focused on laden groove bass line notes/ sounds and hunting for catchy vocals.

My intention with the track “One More” was to make it very groovy but without an overload of vocals so DJ’s could play with it and be creative during their sets. “Such Fire” was the second track that I wanted to have solid drums and synth sound that would get you hooked on it.

5. What are your essential bits of studio kit you couldn’t live without?

My Beyerdynamic headphones! I have both styles, open and close ones. I like to check my mixing with both styles and they help me work at night or early morning without disturbing my neighbours. Also Sylenth and FabFilter Pro-L series.

6. Browsing your Instagram is enough to make anyone jealous. Would you tell us about your love of travelling? What are your top three locations in the world?

Thanks! Well I had the traveling bug after getting my bachelor degree. I wanted to go back to the US to see my motherland and fully explore it! I went to most of the major US cities, keeping in mind, the visiting/exploring aspect of each of them of course. But I also discovered the music scene of each city I went through. I always try to go somewhere while there was a music event/festival at the same time. By doing that it brought me a lot of inspiration and also helped me to understand what is working while people are going out dancing/partying.

My top three world locations as of today based on their energy, architecture, history and music scene:
Amsterdam.
Barcelona.
Chicago.

7. You run a superb mix series “Late Night Session”, would you tell us a bit more about the music and guest mixers you have had on?

Thank you very much! I started this show about 2 years ago with the idea in mind of playing a set with one of my artist of the moment. Kind of like playing a B2B sesh: 30mins me and 30 mins the guest artist.
And I will push them to play anything they wanted within the Tech House and House genre and especially their own production (released or even better, unreleased material!). I am actually preparing new ones for these up coming months with some cool guests.

8. Could you name your top three favorite event/club performances and why they were special to you?

– Fatboy Slim rocking the Circuit Grounds stage during EDC 2015. His set blew my mind! First time seeing this legend live and he made every single person dance like there was nobody around them! Norman knows how to read and bring his crowd to the next level.

– Pete Tong’s two hours set at TomorrowWorld 2015, it was raining a lot and we were under a massive tent. I just remember that vibe and atmosphere he created during his set was magical! We all forgot about the rain and mud.

– Last one would have to be seeing Sharam Jey setting a club on fire called Gipsy in Moscow, with Volac as the first opener. They made everybody dance, even my friends not into Tech House! And I got lucky to exchange few words with Sharam that night.

9. What can we expect from Save As for the rest of the year?

More music! I have been cooking some hot tunes; some cool collabs as well and hopefully start DJing again around summer time.

Save As ‘One More’ is out on Repopulate Mars now. Buy/Stream here: https://lnk.to/RPM049 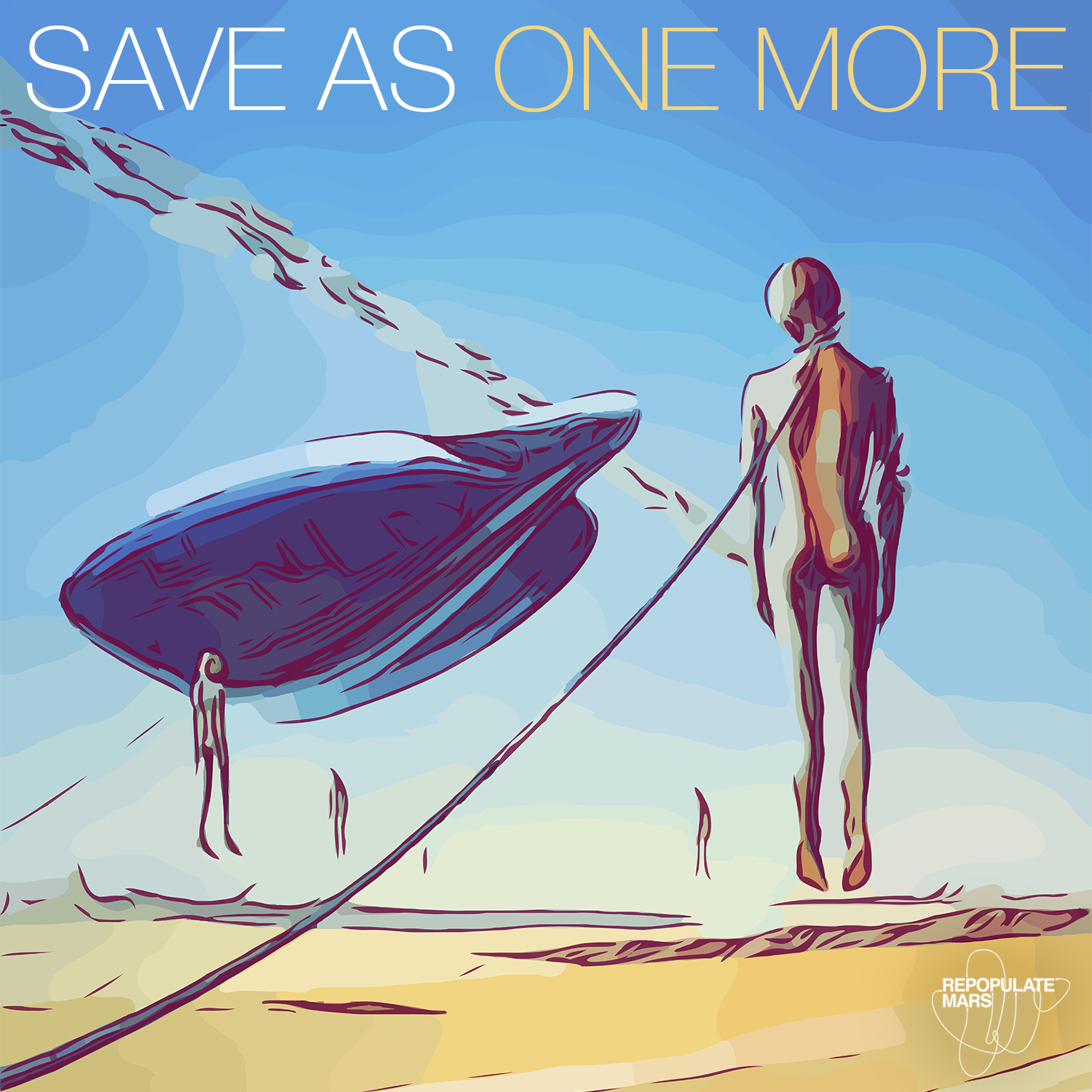