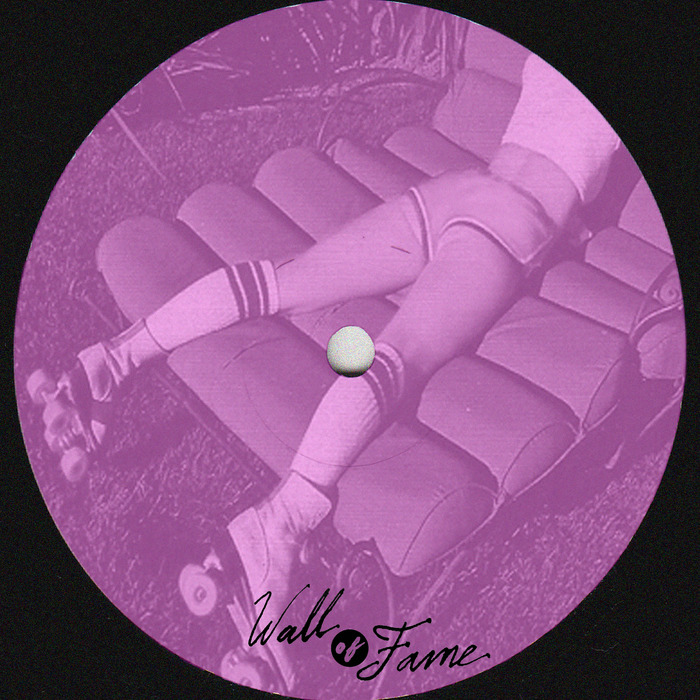 From P-SOL’s Bio:
“I feel music is the one form of expression that can break down all barriers and bring people from all walks of life together for one reason, to enjoy life. I believe it is any DJ’s civil duty and responsibility to handle this.”

P-Sol is a California native currently residing in New York, and the guy is no amateur when it comes to flipping soulful and inspiring tracks from the glory days of soul and disco into evocative, modern boogie cuts for today’s danceflloors. Apart from putting together some excessively smooth grooves, Patrick is one of the nicest people we’ve come across, and we can tell that quality pays off in his music. In the past few weeks he’s had not one, but two EPs from his Mixed Bag series riding in the top ten singles charts on Juno, and has also released music on some of the most respected labels of the genre like Editorial, FKR, Hot Digits, Diggin Deep, Undercover Operations and Vehicle. We recently got to chat with Patrick Sullivan a.k.a DJ P-SOL about the central valley, sampling hip-hop, and his new label: Wall of Fame.

Can you talk a little bit about the new label Wall of Fame? How did it come about? Who is involved?

Sure- First of all, I want to thank you for the recognition.

Wall Of Fame was started in late 2014 by myself simply as a vehicle to release my tracks and music on my terms. It came about pretty quickly. I did not create a long term plan laid out with end goals. Just taking it day by day and learning on the way.

Anything coming up from the label we should be on the lookout for?

Yes, indeed. I teamed up with the elusive, ‘Buggin’ Out’ and knocked out a 4 track EP entitled “Deep Cuts”. This will be the label’s first vinyl release and is available worldwide on March 2nd. I’m very excited for this one.

You’re new Mixed Bag EPs blends r&b, funk, soul, disco and more. Can you tell us a little bit about your process when putting together a package like this?

When compiling these EPs, my thought process was a bit all over the place. It shows with the “Mixed Bag” series as sample sources range from The Talking Heads to Ma$e to the Fatback Band. Although, a rule of thumb I try to stick to: With every edit or original track, I make it a point to create something without a timestamp. In a nutshell, the title mirrors my musical taste- I listen to & play a wide array of music. Future volumes from this series will feature the same format as well.

Mixed Bag Vol. 1 [Wall of Fame]
Harlem World sets things off in the first Mixed Bag, slowly building over earthy instrumental samples with two vocal hooks playing back and forth, giving it a lustful 90s hiphop vibe. We also have some low-slung spacey disco with Needy sampling a well-known 1983 gem. At the tail end is the funky flute chugger, slowly building under a soulful vocal singing ’bout hard times.

Mixed Bag Vol. 2 [Wall of Fame]
Volume two begins on a trip, seeing P-Sol slice up some prime 7” funk from Garden of Eden. Body Language is a dancefloor filler getting the slo-mo-electrofunk workout. Another one of the highlights is a flighty and dazzling version of This Must Be Home sampling The Talking Heads.

At what point did soul/black music become a big influence in your life?

I could say some cliche/keep it real answer like, “my parents put on a test pressing of Michael Jackson’s ‘Off The Wall’ every night while I was in the womb and from that point on I knew my life plan”, that many of today’s DJs and producers tend to tell, but that’s not my reality. I don’t have an exact moment or memory I can attribute to this. I grew up around a diverse group of individuals ranging from skateboarders to kids who eventually committed murder to very successful doctors and lawyers. The underlying connection seemed to be that we were all listening to hip hop music. So that is probably as close as I can get to a point of time. I didn’t catch the disco bug ’til later on in my life. In the late 90’s-early 00’s I really started to fall in love with the music and my research and never-ending digging began.

What Hardware/Software are you using in the studio?

Right now, I primarily use Ableton and Maschine. I’m the furthest from an audiophile.

Can you elaborate a little on where you’re from and where you grew up?

I’m from California. I was born in the Bay Area and grew up in Merced which is located in the Central Valley of California. Growing up there was nice and centrally located making trips to San Francisco a routine. I lived in California for over 30 years.

What led you to finally settle down in NYC?

Timing. My girlfriend and I have always wanted to live here and in 2011, the time was right. My mom is from here and I’ve been visiting the city for more than half of my life. So the move was inevitable in my mind.

Do you think those places from your childhood have influenced the music you make today?

Yes, definitely- directly and indirectly. In the mid-90’s a few of my friends really got into producing hip hop which was my initial first-hand interaction with sampling and flipping soul/disco/funk songs. I was fascinated by the fact that one can take a 1-bar loop and build something entirely new and fresh from it. And indirectly- as mentioned above, I grew up with kids from all walks of life. They each had an indirect influence on what I was listening to then and what I currently make today.

What are a few cool places you’ve found in NY for disco and eclectic heads?

There’s quite a few. Some of my favorites are:

The Central Park Dance Skakers weekend summer parties. I encourage everyone who visits New York in the Spring or Summer to check this out. It’s a group of classic New Yorkers who are keeping their childhood roller skating disco memories alive. There’s always a DJ with great music and the skaters are some of the most eclectic and entertaining individuals in the city.

I also frequent 718 Sessions which is a longstanding party put on by the great, Danny Krivit and Benny Soto. A quintessential New York party. Danny is the absolute greatest- bar none.

Le Bain and Cielo are both great venues I frequent as well. Eli Escobar is a resident at Le Bain and is a great DJ. Francious K (Monday nights), Louie Vega and Kevin Hodge (Wednesday nights) have weekly parties at Cielo that I attend often as well.

Lastly, Good Room is a newer venue in Brooklyn which has great promoters books some great DJs.

Thanks for the tips! Any favorite venue(s) to play?

The venues listed above are some of my favorite places in the city although I do not DJat them. I am perfectly content with being on the opposite side of the DJ booth.

Ideally, I’d love to be on the go and play abroad frequently. A party on the beach once or twice a month would not be a bad thing! In my utopian world, rotating throughout Europe, Asia, South America, Africa and the Caribbean would be the life.

What do you do when not making music?

Music occupies most of my time. Aside form DJing and producing, I volunteer at a place for troubled young men who have been caught up with the law. I help run a music program. It’s very satisfying to me when some of these young guys come up to me and show a sincere interest in putting the gun down or leaving the crack dealing alone and want to focus on music. It’s these things that really keep me moving and motivated.

I try to live an active, healthy lifestyle as well- Play basketball and jog as often as I can.

Those blood orange San Pellegrino joints! Theeeeee best! As far as alcohol, I’m not much of a drinker, but do enjoy those fancy mixed drinks with cucumber in them.