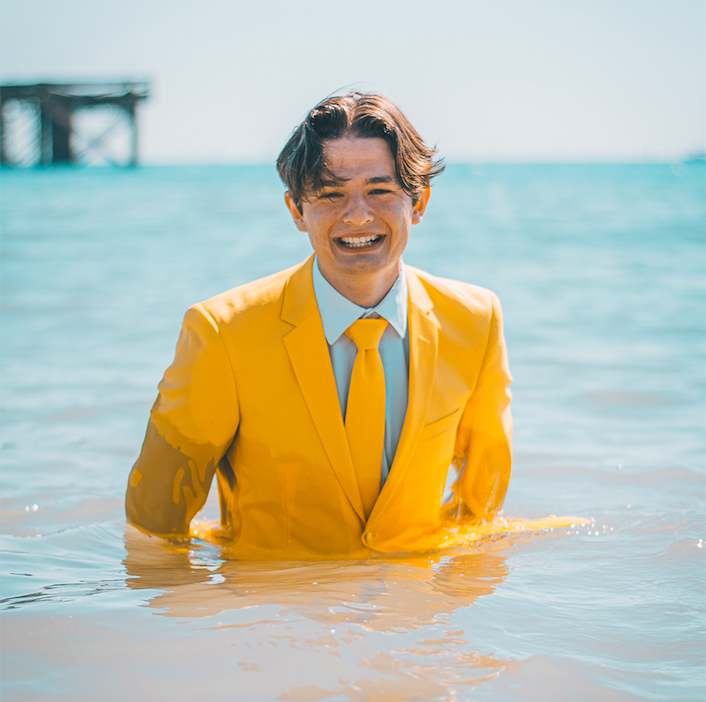 A six-track release, ‘Focus’ opens with the title track and Sam’s latest single, a typically high-energy dose of romance-drenched indie. Next up is the slick guitars and melodic breakdowns ‘Does It Matter?’ and ‘Silly’, an infectious indie-pop jam that’s taking 2021 by storm. ‘Bedroom Astronaut’ is a slick indie jam while March single ‘Weird Day’ is an enchanting love song that sees the Surrey-born artist serenade the special girl in his life, before things are closed out with sombre, heart-rendering ballad ‘My Kind Of Fix’. The release precedes Sam’s sold-out performance at The Grace in Islington on 31st July.

Speaking on the EP, Sam details “For me, “Focus” the EP is a huge move forward in terms of releasing a body of work that I’ve loved writing and producing. We have released 4 of the tracks as singles and there are 2 new tracks that come with it, including the title track “Focus”. I love Focus, as it’s basically a song that says ‘hey look, I have ADHD’ (something that is pretty cool for my creativity but definitely not for my organisation). “My brain and my bedroom, they both got one thing in common, everything’s all over the place” is the opening line of the song, and it’s probably one of the most honest lines I’ve ever written.”

“I’ve also included a ballad called “My Kind Of Fix” on the EP, which is basically an “I don’t do drugs” song. It’s one of my favourite songs on the EP, even though it’s totally different to 99% of my other songs.” He continues “For me, this release is what my music career has been leading up to. A year ago, I didn’t think I’d be releasing an EP with 6 songs I’m so proud of – and with the support from fans from around the world, I’m hoping that it’ll mean a lot to others out there as well as reaching as many new people as possible.”

After launching his music career in the depths of a worldwide pandemic, his first ten singles now soared to over 3.2 million streams, with Cloud 9 reaching 1 million streams and gaining 96,000 monthly listeners in the space of a few short months.

One of the most exciting new additions to the British musical landscape, ‘Focus’ is the work of infectious musical talent.

To find out more about Sam and Sounds, go to: