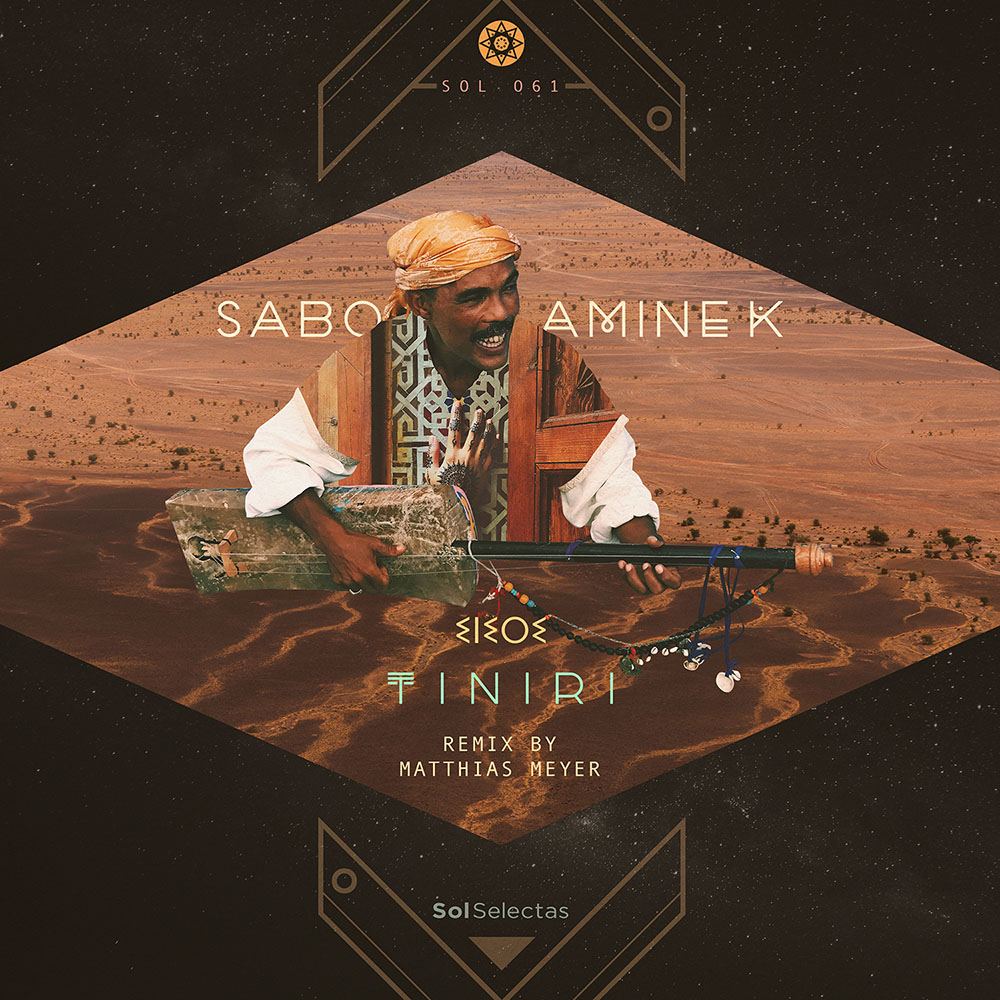 Sol Selectas, run by Sabo, is a US label with a deep and melodic sound that fuses vibrant percussive grooves with a world music influence.

Taking samples from ethnic folk music and layering them over sequenced beats, the Sol Selectas style of house music is regularly supported by DJ’s all around the globe.

The latest Sol Selectas release is a collaboration between Sabo and Moroccan artist Amine K who before this release had featured on other labels such as Selador, Souvenir Music and Systematic Recordings.

Like all of Sabo’s releases this is heavenly influenced by his extensive world travels to experience different cultures, and this is reflected in its title “Tiniri” which means “Sahara” in the traditional Berber tribal language native to Morocco.

Made during a studio session Marrakesh, the title track “Tiniri” opens with scene setting ambient sounds from the Medina. Recording the instruments and vocals specifically for this stunning cut of storytelling house music, the percussive energy and Arabic influence takes us on an audio journey of the hustle and bustle in one of Morocco’s biggest cities.

“Tiniri” is led by a prominent vocal recorded in Arabic, but for those who prefer to focus on the traditional Morocan instruments such as the Krake, Gembri, and Dharbouka which make up the core of its groove, there is also a dub version.

PREMIERE — Disco Feelings – Turn Me On [Spa In Disco] [MI4L.com]

In The Studio With Fouk: 5 Essential Pieces Of Gear [MI4L.com]