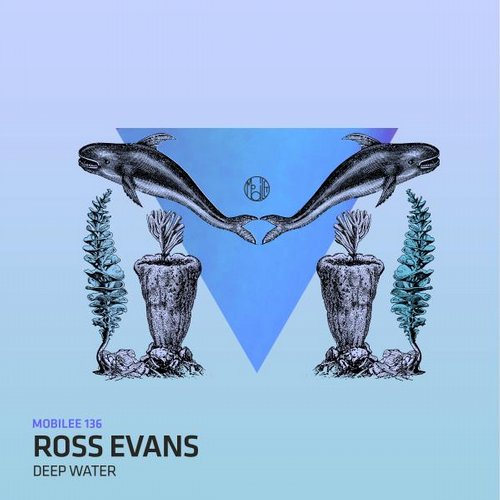 Since 2011, he has made his mark on imprints from the likes of Rejected, Leena, Cecille, and most recently, on Saved with his current hit, “Let It Go”. Now, London based Tech House DJ and producer, Ross Evans, delivers a fresh sound on Mobilee Records with the release of his two-sider, “Deep Water”, wrapping up the Summer 2014 pool season as we know it. Touring Europe on Carl Craig’s side, his name may ring a few bells, but Evans is more than a sidekick. His upbeat and deep piece, “Part Of The Dream” was featured in the November 2013 edition of Nic Fanciulli Presents Worldwide Sounds while “Let It Go” was the 36th most charted track in July 2014 by Resident Advisor DJs. On a more familiar note, Evans made a splash at the Mobilee Pool party series at Hotel Santos Beach Club in Ibiza this summer while his two-tracker brilliantly worked its way to becoming mobilee’s 136 release. The A-side presents “Deep Water” featuring the lovely AYA while “Tonic” is written all over the B-side.