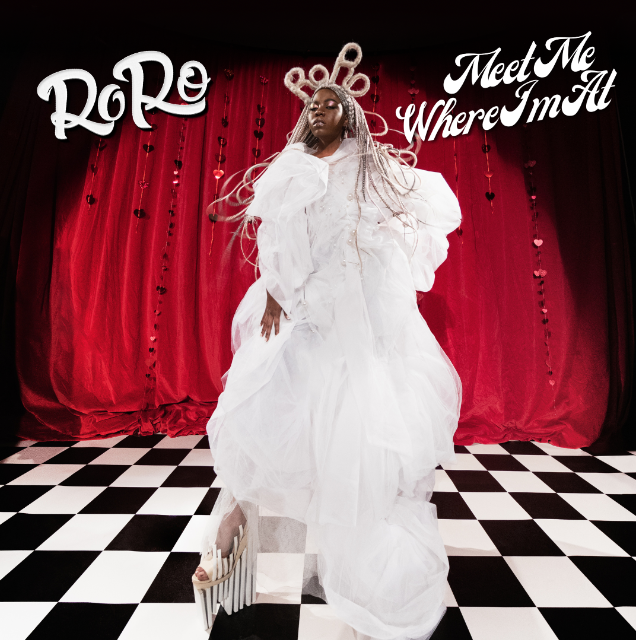 Barbados-born musical talent RoRo has dropped her hotly-anticipated new EP ‘Meet Me Where I’m At’, out 1st July on Virgin Music UK/Universal Music.

Her largest body of work to date, ‘Meet Me Where I’m At’ offers a vivid sonic snapshot of RoRo as an artist and a human being. Accompanied by her first two music videos, the EP is a collection of pop tracks that see the Bajan songstress pivot from her island roots to the music that she has grown up craving to write.

The five-track release opens with May single ‘Happiness’, an acclaimed release previously described as “a distinctive Caribbean ingrained pop” track by Trap And Famous. Next up is ‘Work’, touching on the sounds and rhythms of RoRo’s Barbadian roots, before rolling into breaks-driven choruses that explode in high energy, and ‘Mr. Right’, her anthem for female independence that offers a unique empowered twist on a classic piano ballad, complete with live string section. Directed by Eliska Sky (Vogue, Czech National Ballet, Alexander McQueen) and dropping on the same day as the EP, the triumphant accompanying video places RoRo centre stage where she belongs.

Closing things out are the record’s second and third singles. The BBC Radio 1-supported ‘Callin’ In Thicc’ is an infectious combination of sass and high-energy production that reflects the personality of RoRo – someone who exuberates positivity and fresh energy. While ‘Ladies’ ensures things end with an additional dose of empowering, hands-in-the-air good vibes.

Netflix blockbuster Inventing Anna, international campaigns for Apple iPhone and Samsung, and the likes of MTV Cribs, NCIS LA and Made In Chelsea and many more  have all jumped on RoRo’s music this year.

‘Meet Me Where I’m At’ is the follow-up to RoRo’s 2020 debut EP ‘Mood Forever’, an acclaimed release that earned Annie Mac’s ‘New Name’ slot on her BBC Radio 1 show, as well as drawing continued support across the station from the likes of Clara Amfo, Jack Saunders and Rickie Melvin & Charlie. Widespread support at BBC Radio 6 included Gilles Peterson, Mary Anne Hobbs, Nemone and Steve Lamacq, plus she was invited on to Edith Bowman’s BMW Play Next Podcast.

Often the loudest voice in the room, RoRo’s music tells stories to make the listener feel empowered. The youngest of four sisters and always the wild child with a lot to prove, hailing from the island of Barbados, she wears her musical influences on her skin – via tattoos of her idols Etta James, Erykah Badu, Lauryn Hill and Nina Simone inked onto her arms. Inspired by her Bajan culture, RoRo’s comfortable in her own dialect whilst not wanting to be solely defined by where she is from, much like her musical heroes before her. She recently left the Caribbean for London to fulfill her musical ambitions.

A triumphant collection of energetic jams, ‘Meet Me Where I’m At’ is the radiant, unapologetic sound of RoRo.