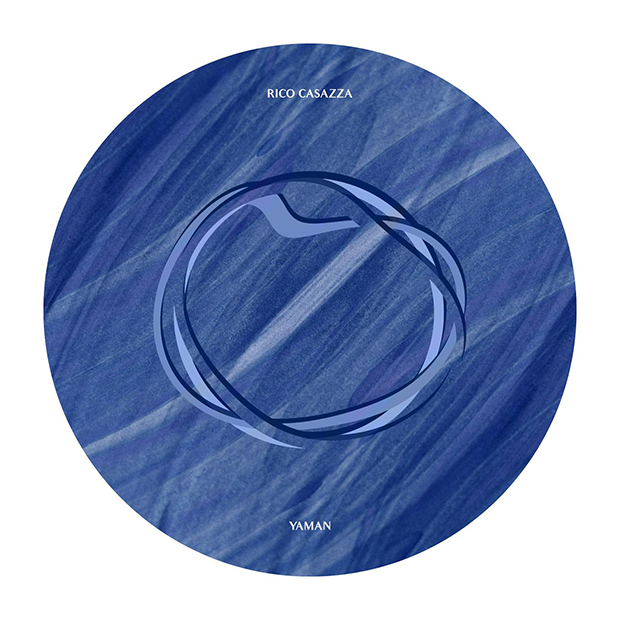 An artist who’s released on Soma, Wiggle, Serialism and Release-Sustain, Rico Casazza is an Italian living in East London who paints detailed landscapes with his music and has a depth of field to his productions that others arguably don’t have in such abundance.

His releases span many gaps between house, techno and now for this album, abstract beats and ambient jazz, for want of far far better words.

The album moves from spacey instrumental passages to bolstered up drums in a way that draws you into its world of beautifully odd noises, bright interludes and spun out melodies. Upon further listens the record languishes in your memory, prodding you to play it again later and allow it to unfold more of its inherent stoner delights and mystical magical moments.

Title track ‘Yaman’ arches its way along with its rattling percussion, electro handclaps and hauntingly sincere melodies evoking a mood not so dissimilar to Kraftewerk’s ‘Tour De France’. In fact Rico takes the proto electro stylings of the German pioneers here and merges his own sweetly flavoured melancholic keyboards, regal chord changes and classy timeless production tricks which all keep manifesting themselves throughout this longplayer.

Whilst subtly referencing his influences (arguably Aphex Twin and other formative Warp artists) he’s all the while lacing his music with a knowing funk informed groove.

Repeated listens reward the listener by yielding yet more intricate activities in his drum programming skills, with those noticeably memorable melodies and really pleasing riffs adorning many of the tracks with detailed droplets of sound pinging their way around your stereo field.

Making his name for much of the Noughties as a producer of house of the deepest shades (and often with those all important jazz influences poking out), Rico Casazza is a name who, when certain people gather in night time studio sessions across the electronic communities of the world, is spoken of in revered terms and hushed tones, in much the same way as, say, an Axel Boman or a Mathew Jonson.

It’s here then on this fine album that he flexes his creative muscle with something less aimed at dancefloors (although many of the tracks such as the sparklingly lush ‘Aye’ could easily grace the club sets of any skilled dj) and comes up with a fluid set for lovers of forward thinking music and left of centre chilled (and not so chilled) electronica.

‘Sequenza’ shows us what happens when Casazza drops the bpms low, really low, to a slow plodding pace that allows perhaps the most beautifully vibrating arpeggiated synths on the album to shine like the lonely, cold, yet somehow warm masterpiece that they adorn.

It’s where Rico creates his manifesto for this kind of alternative route he’s taken – a producer of house who is now able to display himself in a very different gallery, a place where emotions and abstractions count as much as the often really powerful drums and percussion he’s draped around them.

There’s a whiff of romanticism across the album too. Keyboards soar, lush pads swirl, mysterious vocal snippets provide warmth and the look of love on the yearning, wistful and really gorgeous ‘Painful Wisdom’. If in fact the track was inspired by a toothache it’s a beautiful way to ease away any aches & pains and perhaps will someday find its way onto the movie it so richly deserves to grace.

With its release spread out over a digital (released a couple of months ago) and the vinyl release (coming out soon), the record eases its way into record stores in a rather modern way too, thoughtfully spreading its wings and appealing to those who like both analogue and digital music buying options.  It seems then that the Archiepel label is as forwardly thinking as its latest crucial signing, and together they’ll reap the rewards of this fine longplayer.

In all good digital and record shops now.