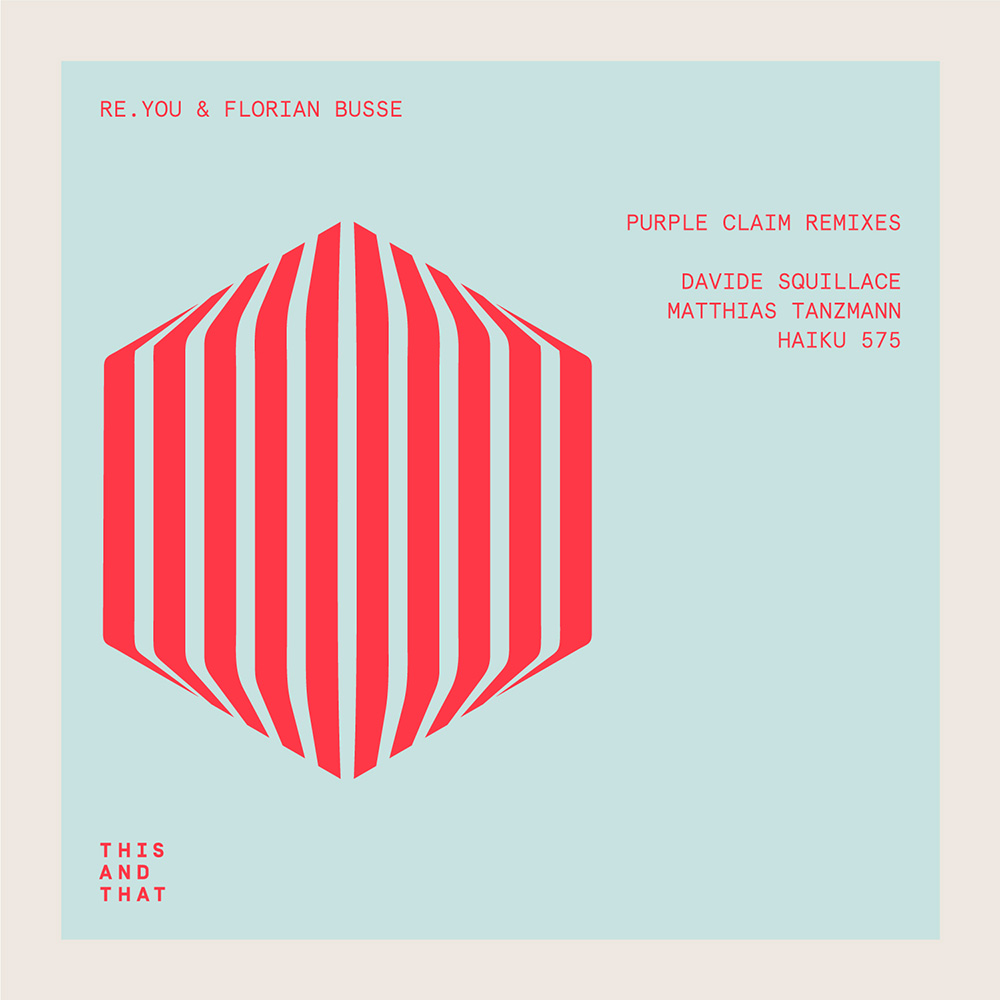 This And That Lab is a label headed up by Davide Squillace as an outlet for music that matches his critically acclaimed taste.

With a vibrant back catalogue featuring established artists like Yousef, Carlo Lio, Carl Cox, Guti, and Jesse Rose. The latest This And That Lab release features new remixes of Re.You and Florian Busse’s classic track “Cuando” which was originally released on the label in 2016.

Adding to the booming tom drums, dramatic synths and atmospheric vocal of the original, are three new solo reworks from Matthias Tanzmann, Haiku 575, plus the label boss himself Davide Squillace.

Davide Squillace is known for his prestigious DJ residency a CircoLoco in Ibiza, but also boasts an impressive back catalogue of releases on labels including Minus, Cadenza, Circus, Ovum, Desolat, VIVa MUSiC, and of course the recent release of his debut album on Crosstown Rebels.

Matthias Tanzmann is another well-known artist with a successful DJ career, is also a highly sought after producer, and also the man behind Moon Harbour Recordings. Along with releases on his own label he has also contributed to many other scene leading imprints such as 20/20 Vision, Saved Records, Get Physical, and Poker Flat.

Haiku 575 are a duo of Italian origin currently based in Barcelona (Spain), which consists of M_Abbatangelo who is co owner of This And That and also Cipy who is a veteran producer and long-time member of the Get Physical and Kindisch family’s. Collectively the pair have released Haiku 575 tracks and remixes on the likes of KATERMUKKE, Kindisch, Hot Creations and Snatch! Records.

Track two is the rework from Matthias Tanzmann that strips away the original’s bassline and focuses on chopped up snippets of the vocal, which are creatively arranged into rhythmic textures. Adding a twisted lead synth, this remix is distinctly different from the original, with the fast flowing percussion being at the centre of the up-tempo groove.

Finishing things off is Haiku 575 whose version goes down a synth lead, melodic route, with the original tom drums still at the heart of the track. Adding their own bassline and keeping the percussion stripped back, their spacious remix has a deep sound full of atmosphere. With slow building tension and an uplifting mood, the tracks laid back vibe adds great contrast with the other two versions.