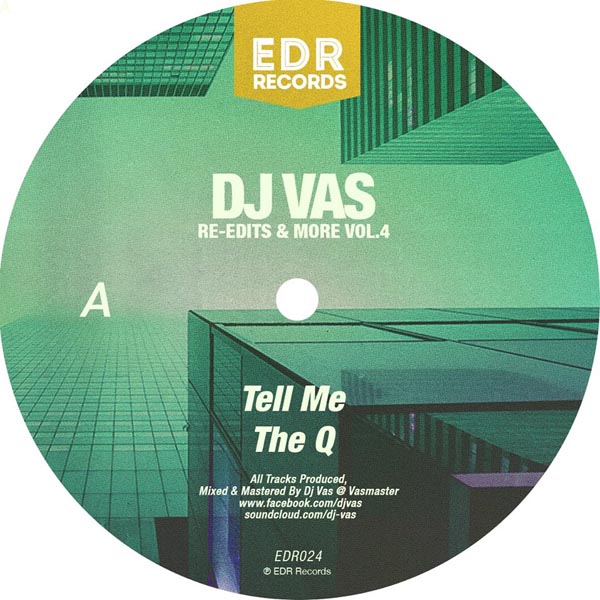 Today the fourth rework package from DJ Vas is out on EDR. Re Edits & More Vol 4 includes work done on The Voice Of Q, a prime boogie cut from Curtis Mayfield, and a gorgeous version of Keep It Hot by Cameo. Cyril Vaschetto started out over 20 years ago, back in the 90’s, and helped to pioneer a sound as member of French house group Kojak. They became one of the most popular acts in France in the late 1990’s and early 2000’s alongside Daft Punk, Air, and Cassius. Now, focusing on his solo career as DJ Vas, the Parisian beatmaker has been flipping classic soul, funk and disco; starting his Re Edits & More series in October of 2013, and seeing Volume 3 climb to the top of the Juno charts in 2014. Vas shows off his wide range of musicality, playing in different elements be it beats, bass or keys, fixing up the tempo and finding the balance between styles. As a plus, you can get it on either vinyl or digital. Enjoy!