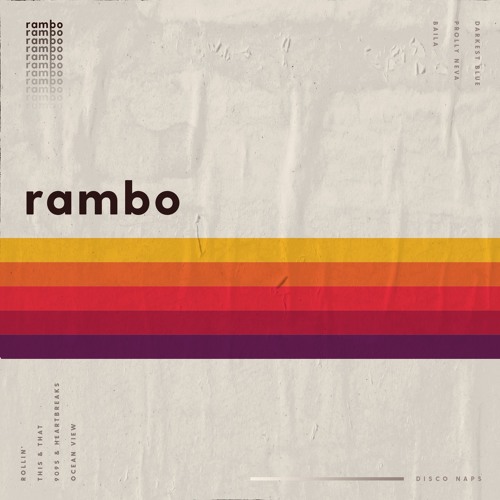 The seven tracks that make up Rambo’s self-titled EP fall into an upward progression that takes a house base and pairs it with the sounds that have played a role in shaping the Southern Californian producer’s aesthetic. It gradually builds in energy, utilizing elements like mysterious melodies evocative of classic rock, crisp, interlacing drum patterns, and deep grooves that maintain a steady ascension until climax. Rambo ultimately makes for an uplifting listen, with strong cuts like the breezy “Prolly Neva” and the nostalgia-laden, tropical “909s And Heartbreaks” brighten the rooms they’re played in. It’s a journey that shows off just how far Rambo has gotten since his start a few years ago.

This new release is a culmination of the burgeoning producers carefully calculated path to success, which involves choice productions that have caught the attention of Odesza, Bob Moses, Gorgon City, and more. His equally stirring DJ sets have led to spots on several prolific festival bills, with recently included Coachella. The bountiful list of accomplishments is well-deserved.