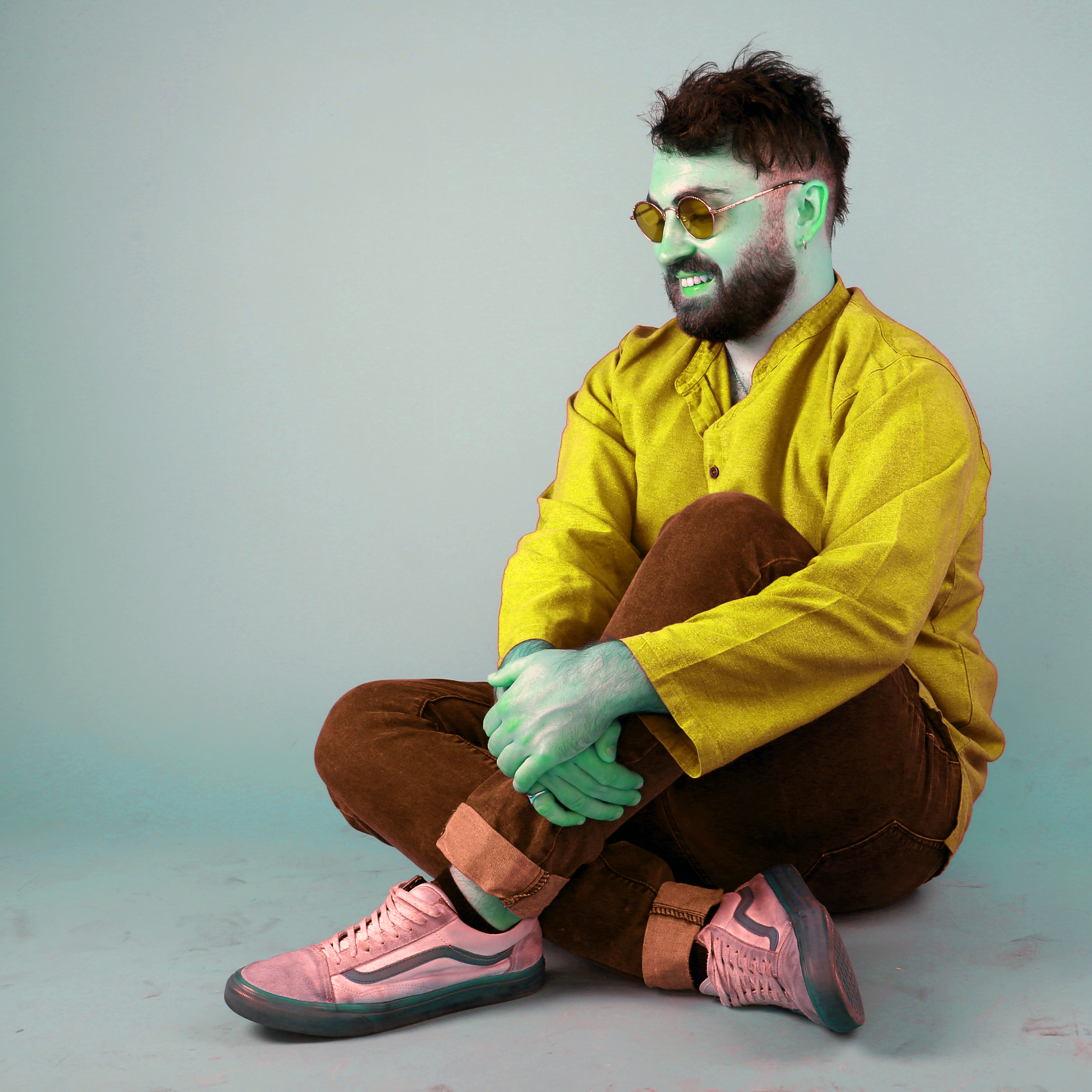 Influenced by jazz, funk, speed garage and everything in-between, Happy cat Jay has got to be one of London’s most exciting and interesting producers. A multi-talented musician whose tracks blend both analogue and digital recordings, his forthcoming ‘Moods’ EP is signed to the iconic Fat! Records and due for release Feb 20th – we caught up with the man himself to find out more…

The Happy Cat project began as my electronic music artist project in around 2009. I was partying very hard whilst studying some very left-field music. I was making loads of quite bait speed garage and trying to pass demos on CDs to people like George Fitzgerald. It’s not until more recently as a producer on other people’s project that I started smashing different genres together so aggressively. I guess I have Alxndr London to thank for that. Our first single together ‘Jupiter and Pluto’ had me programming sound-designey garage beats one minute and slapping basses and shredding guitars the next. That kind of paved the way for opening up the creative process to what it is today as Happy Cat Jay.

You’ve just released the second single from your forthcoming EP on Fat! Records – how would you describe Up Early for those who haven’t heard it?

‘Up Early’ is quite an uplifting, soulful and slightly lo-fi garagey/housey track. When I was mixing it I was kind of thinking of the new Four Tet stuff and of course lots of Bonobo’s recent records.

And how about the rest of the EP? Is it a good showcase for the Happy Cat Jay sound in general?

I don’t want to spoil the surprise too much for later this year but this feels more like a well-established corner of the project so far. There are aesthetic choices and sounds across my music that (I hope) tie it all together but honestly I’m still thinking wider in terms of influence for the future of the sound.

The new EP is signed to Fat! Records which must be exciting for you considering their history – how did that come about? Will you be working with the label again in the future?

Ah definitely man Paul Arnold is an absolute legend and working with him and his team has been such a sublime experience. It’s really energised me and given me a huge platform to showcase my work, which I feel incredibly lucky for. Some of my favourite crossover electronic/acoustic dancey music was initially signed by Paul to Fat! so I feel a bit like I’m standing on the shoulders of giants right now. I think we plan to have a long and happy relationship :D.

How important do you think it is for an artist to work with the right label? What should they look for in a label when signing their music?

Personally I just think it’s important to work with the right people full stop – especially when it comes to management or labels or whatever. I think it’s much better to work with a modest outfit if the people get you and love what you’re trying to rather than a bigger indie or a major. You can have the most linked up manager in the world but if they don’t give a shit about you they’ll never get you working hard.

Tell us a bit about your production process, we heard that you play a lot of the instruments featured on the tracks?

Yes I do and that’s actually what I’m really excited about the live-show for. We have a concept for how it’s going to work and I’m very excited to get it out there for you guys to enjoy (hopefully). I normally like to start with a sound that’s quite distinctive and then will return to simpler, traditional instruments for the actual song-writing process. It sounds vague but that’s about the only continuity I can recognise.

Do you prefer recording with real instruments over a fully digital process?

Good question and actually really hard to answer. Fundamentally I prefer recording everything from a real-life source. Whether that’s sythesizers (I have a lovely old Roland Juno that I bought off a mate that I use on pretty much everything) or drum machines or strange little bits of foley or guitars I think it’s always more vibrant when it’s been captured from the outside world. But – and it’s a massive but – it’s really important that music creation should be for everyone and for loads of us that means starting with just a laptop or a tape machine or whatever. Something I learned from Alex Cook when I did a few sessions for PC Music was that your laptop as a limitation can be the aesthetic of a whole movement which I thought was quite profound.

Will you be able to translate this ‘live’ aspect of the music to shows, or are you sticking to DJ sets?

As I mentioned earlier I cannot wait to get this out live with a few other musical friends. We’re working on it at the moment and I’m hoping to have something ready before spring is sprung. I also do love DJ sets though so keep an eye out for those.

Your last single was called ‘Era Of A Niche Hero’ which seems like an apt way to sum up your sound – are there any other artists who you’ve been inspired or influenced by?

Wow yeah I mean there are far too many to mention really but I’ll stick to shouting out some inspirational friends.
– I had the privilege of producing for and working with poet JulianKnxx (@julianknxx) who I also consider a dear friend. We lost touch a bit last year (my fault) but the way he writes and views the world astonishes me. He’s had a crazy life and he’s one of the most chilled, well educated and thoughtful people I’ve ever met.

– My very special friend Tatyana (@blueharpgirl) is also a great inspiration to me – as well as being incredibly talented and an amazing player she’s very good at expressing herself and as a result her music is very honest which I’ve always tried to emulate.

– I also had the honour of remixing some work for Jazz-Fusion bass-guitar legend Shez Raja and our families have since become close. His mystique and the apparent ease with which he absorbs information is inspiring – you have to check him out playing live especially because his shows are bloody outrageous.

In summary I’m very lucky to have inspirational family and friends around me, through which I’m always discovering new music and art that keeps me on my toes.

And finally, what else should we be keeping an eye out for over the coming months?

Lemon Lounge Party 6th March. I’m working on some questionable bootleg remixes at the moment, which may or may not surface. I’ve also been writing with a great artist I’ve admired from afar for over a decade so I’m very excited to have that work come out later in 2020. I don’t want to lose momentum now with releasing music so expect to see lots more solo work too.

Happy Cat Jay – Up Early is out now via Fat! Records