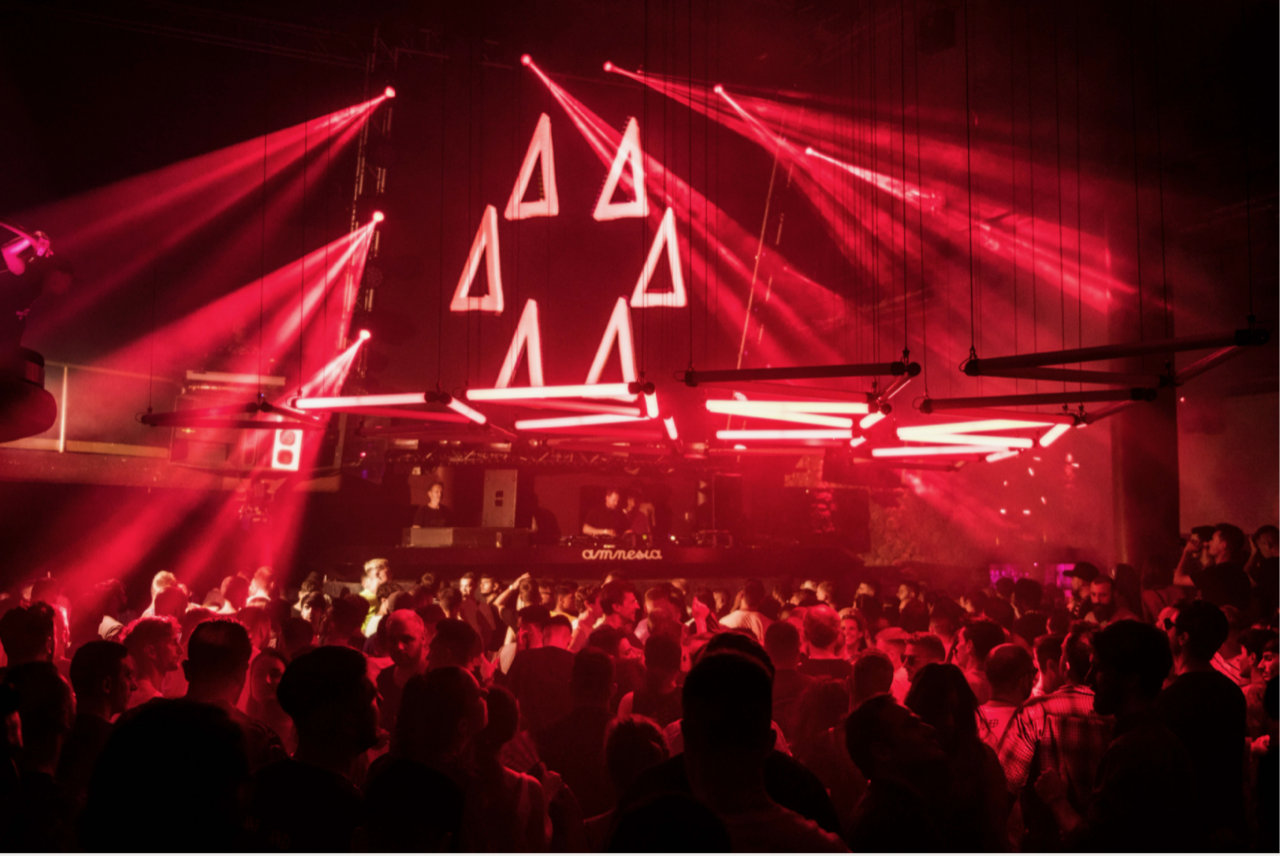 Set a reminder now because on Friday April 29th, Pyramid is back! It opens its doors for the very first party of the Ibiza 2022 season. This historic dance will welcome everyone back to the island for what is set to be a very special summer with a fresh and exciting lineup and all new outdoor space 3rd Dimension from Do Not Sleep which opens at 7pm for some early evening dancing. Headliners across the whole party including Luciano, Paul Woolford b2b Richy Ahmed, Marco Faraone, Amelie Lens, Ben Klock, Airod, Luca Donzelli, East End Dubs, Seb Zito and many more. This unmissable taster session will be followed by full season line-ups for parties from June 12th to October 9th. All tickets are available now from amnesia.es so move fast.

This Pyramid party will be your very first chance to dance on the White Isle this summer. It is Amnesia’s very own in-house, scene-leading night and is known for pulling out all the stops when it comes to production, visuals, immersive soundtracks and a proper music loving crowd. Because of this, Pyramid has recapture the essence of early Ibiza parties with its focus on standout headliners, all night long dances and cutting edge technology all heightening the unique experience.

All three rooms of the world famous venue will be open: On the iconic Terraza all shades of house and techno will be represented fully with Cadenza boss and enduring Ibiza mainstay Luciano mixing up Latin flair with percussive grooves, a special back to back between UK favs Paul Woolford and Richy Ahmed, plus further techno power from Marco Faraone and Syreeta.

In the vast and immersive Main Room you can expect a real techno celebration headlined by game changer Amelie Lens, with Berghain titan Ben Klock bringing his heavyweight sounds and Airod and resident Luca Donzelli also lining up.

Lastly comes the all-new 3rd Dimensions space which is outdoors and hosted by Ibiza’s most edgy and energetic crew, Do Not Sleep. The party will unveil its full season plans soon, but for now kicks off here from 7pm until 11pm in an intimate area with heady underground talents. First up are exciting dub, tech and garage fusionists including the brilliantly versatile Seb Zito and cult Eastenderz label boss East End Dubs.

Pyramid will make a full return for its famous weekly Sunday sessions from Sunday 12th June until 9th October and all tickets are available now from amnesia.es. 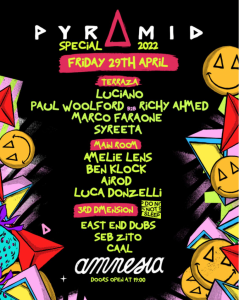