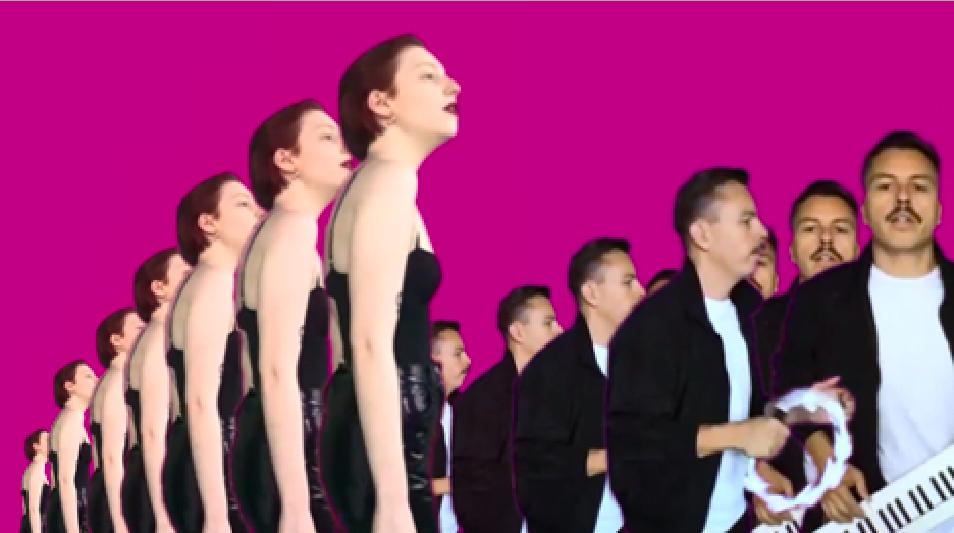 With yet another breakaway success under his belt following the release of the indie leaning nu-disco record ‘Hypnotized’ featuring Sophie and the Giants, today Purple Disco Machine releases the official music video for the celebrated release. The superb new single, which marks the next chapter in the talented producer’s journey, has yet again won the hearts of fans the worldover, having already garnered over 20 million streams, whilst reaching #21 on the Global Shazam Chart, and further reaching top 20 airplay in numerous European markets.

Filmed in isolation by LA based director Mary Rozzi, the video sees Purple Disco Machine make his music video debut, starring alongside Sophie, of Sophie and the Giants – who looks nothing short of fierce in every shot and costume change within. The producer’s live performance across his decks, drum pads, and keytar are interspersed throughout, alongside distorted visual effects, culminating in a visually stunning piece that is sure to stand the test of time, long after the pandemic has disappeared from our daily lives.

Of the video, director Mary Rozzi says: “I loved stepping into a VFX hypnotic space with these two amazing artists. This production was a global dance party, a multi-process shoot, captured remotely & assembled via pit stops in Dresden, Berlin, London, Sheffield and Los Angeles. Our cut and paste style allowed for a ton of improv and experimentation and we had a blast.”

The official music video for Purple Disco Machine and Sophie and the Giant’s ‘Hypnotized’ is out now.