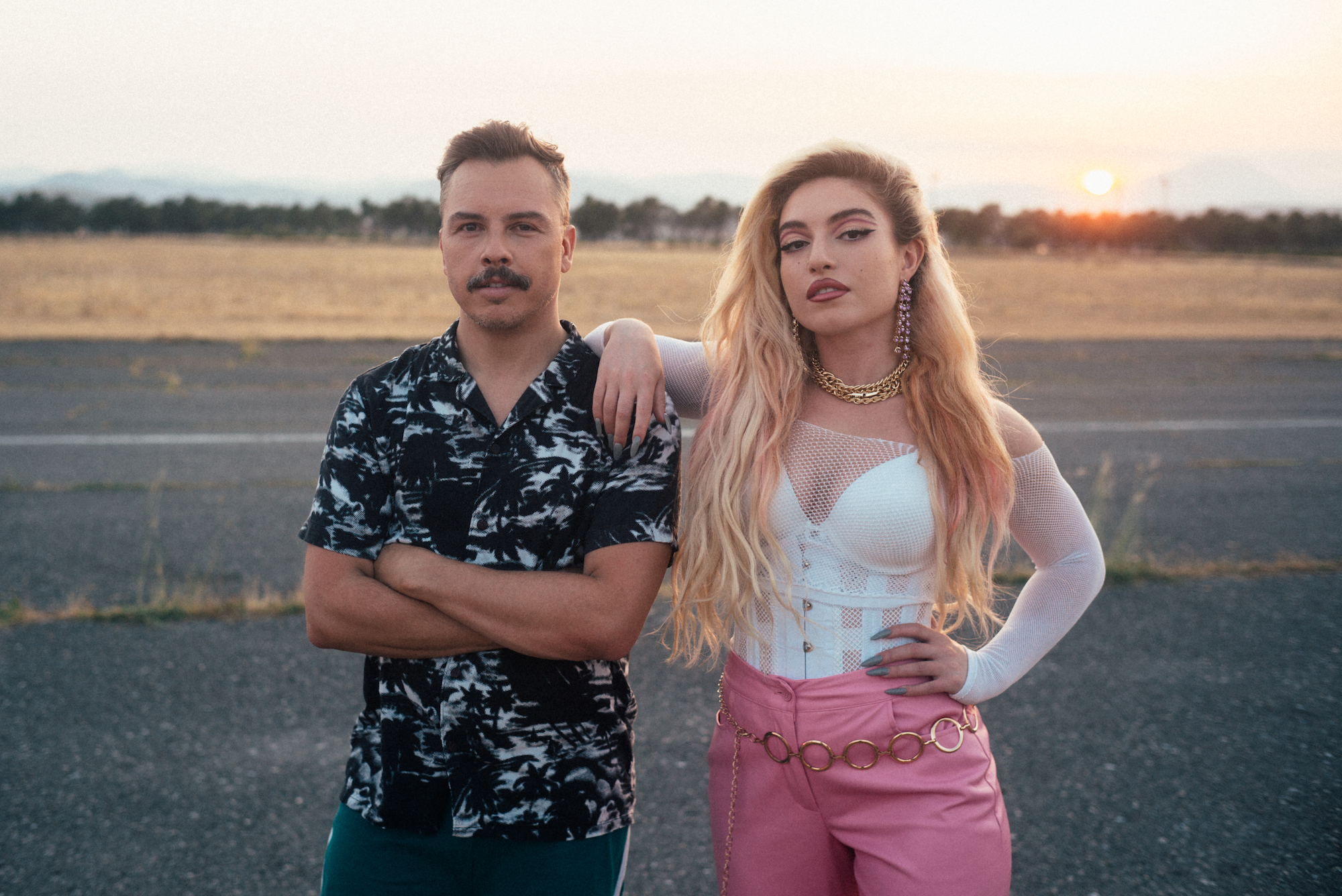 Earning himself multiple gold and platinum accreditations, and awards across the globe, across a number of original releases, Purple Disco Machine has continued to push the envelope and break through to a whole new level of international acclaim. Having already released four singles from his forthcoming sophomore album, including ‘Hypnotized’, ‘Exotica’, ‘Fireworks’, and ‘Playbox’, today the renowned producer delivers ‘Dopamine’ the fifth and final taste of the forthcoming album ‘Exotica’, announced for release via Sweat It Out / Sony / Positiva on 15th October 2021, and available to pre-save here.

For the new single, Purple Disco Machine has teamed up with London based, Dutch born singer/songwriter Eyelar, who has had a stellar career to date having written and collaborated with the likes of Demi Lovato, Little Mix, Charli XCX, Bastille and David Guetta, whilst being heavily supported by BBC Radio 1, and recently selling out her first headline show at London’s Camden Assembly this coming September. ‘Dopamine’ is a harmonious combination of Eyelar’s effervescent hooks and pop sensibilities, and Purple Disco Machine’s signature bass lines and overall funk.

Purple Disco Machine has quickly become a household name with the success of his international hit singles ‘Hypnotized feat. Sophie and the Giants’ and more recently ‘Fireworks feat. Moss Kena & The Knocks’. ‘Hypnotized’ became an anthem the world over, having been streamed over 275 million times across platforms, whilst going triple Platinum in Italy, Poland and Switzerland, with the carefree stylings of ‘Fireworks’ quickly following suit with over 80 million streams to date, whilst dominating airwaves across Europe hitting #5 on the overall chart, and #1 across Italy and Germany. Further skyrocketing up the Shazam Charts, the single went to #1 in Germany, and #3 across Italy, Denmark, and Austria to become another certified hit for Purple Disco Machine.

With just shy of 1 billion streams across his catalogue to date, and over 9 million monthly listeners on Spotify, Purple Disco Machine continues to live up to the hype of #2 Beatport Artist of All Time. With a succession of notable remixes for Dua Lipa, Mark Ronson, Foals, Calvin Harris, Fatboy Slim, Sir Elton John, Royal Blood, Lady Gaga & Ariana Grande, Duke Dumont, and Diplo & SIDEPIECE, coupled with his own dominating originals ‘Body Funk’, ‘Dished (Male Stripper)’, and ‘Devil In Me feat Duane Harden & Joe Killington’ from his debut album Soulmatic, Purple Disco Machine continues to innovate and elevate at every turn.

Purple Disco Machine’s new single ‘Dopamine feat. Eyelar’  is out now, with his sophomore album ‘Exotica’ due for release on Friday 15th October 2021, and available to pre-save here.

For more info on Eyelar, visit: