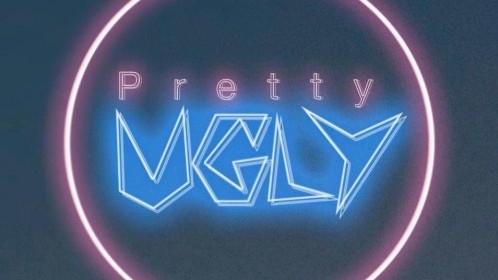 [Parties/Mixtapes] London – Saturday, September 8th, Pretty Ugly follows up their launch earlier this year with their second event featuring the hotly tipped sounds of Matt Fear and Kreature. They will be performing a back to back set for 4 hours with support by local heroes Robert Charles and Ollie Gibson. In promotion of the event, we were able to have some words with both Matt Fear and Kreature in addition to getting a few mixes from the guys to share.

Hi! I’m from Ossett not far from Leeds, and I’m still here now..Looking at moving to Barcelona early next year though!

Directly around me there isn’t one, it’s a small town so you know the score. Wakefield is the nearest city but in terms of underground music it’s far behind, Leeds is the nearest and it’s thriving, so much talent coming from there. Never short of a good house night to go to, with some amazing DJ bookings being made too.

I think it was my On The Road remix release on Hot Waves that made me dump everything and go head first into it. I’ve been messing around in the studio for just over two years but that was the first major release I had. I’d already made the entire track myself, then Lee Kelsall asked me to remix his unreleased original and I knew it would fit onto what I’d already created, I only used the vocal part from the original 80’s track so it was like a new track in the end, after that I started to get busy and it motivated me to carry on making music.

I enjoy both! There are only a few producers I’ll comfortably work with really though, Kreature, Will Crawshaw, Alcatraz Harry being the ones I have recently and all having 50/50 input into the track, I think that’s important rather than one carrying the other!

For me this is really important. I live outside of the ‘party zone’ so this enables me to stay focused on what I need to get done in the studio, mainly because I have little self control  when it comes to a party I guess! This is part of the reason for me possibly moving to Barcelona too, I think the surrounding will be ideal for me.

Don’t take shortcuts! I taught myself how to make music on You Tube and through other tutorials, and with the help of my friends, Alcatraz Harry taught me a lot when I lived with him, watching someone work on the software is a great way to take things in, and with online videos such as You Tube etc you can pause rewind and do it in your own time while working along with the software. It’s easy to get frustrated, for example having a sound in your head and not being able to translate this to the computer exactly, but it does come.

One person that helped me a lot was Mike Monday with his online stuff, this guy really knows the crack, some valuable e-books and tutorials that have stuck in my head ever since reading them, and I still call on them now. It’s free too: http://mikemonday.com

Best thing is taking the music I’ve made and the sounds of my friends and other producers and getting to play them to people who appreciate and love music, all around the world! Meeting good people, making new friends and seeing new places I’ve never been before, and this is all through music.

The worst thing about traveling to sets is the tiredness, nearly missed a few flights through falling asleep in the airport, don’t know how the big guys do it!

Well, I’m working on a new E.P currently with one of my best friends Ash (a.k.a Kreature) which is sounding nice so far, and working on the MEXA album too trying to get it ready for the back end of next year. Look out for releases coming up on Acid Fruits, Electronique with my Finnebassen remix, and Kumasi Music label among some other things I’m keeping quiet right now!

Set wise you can catch me and Kreature at Rhythm Factory in London this weekend for ‘Pretty Ugly’, also next Thurs at The Garage in Leeds for Solid State and then I’m at Sankeys next Sunday for ‘Vison’.

Not overly fussy on the drink! Sambuca always warms me insides though ha!

With it being a mini mix it’s straight in there on a darker edge, with unreleased tracks from Kreature, Audiojack, myself and some from MEXA too! Hope you enjoy and thanks!

I’m originally from Manchester in the UK but I have lived in and around Leeds for the past 6 years.

I’m influenced by every genre of music. I just love good music! I have always been amazed by it.

I was brought up from an early age with an 80’s/90’s disco influence from my mum and Mowtown and Swing from my dad. I remember getting caught singing Frank Sinatra in the living room on one of those microphones that had a tape recorder on it. I knew all the words and I was probably only about 3 or 4 years old.

In 1997, when I was about 10, my brother introduced me to Prodigy. ‘The Fat of the land’ album blew my mind away and opened my eyes to electronic music. I think the same year my dad bought ‘Homework’ by Daft Punk and I remember thinking to myself how are they making those sounds.

After that I was obsessed. I grew up in a pretty ghetto area of Manchester and we were all into underground DnB, Jungle and UK Garage. My best mate used to buy a few tape packs a week from our local record shop that were recorded at nights like Slammin Vinyl & Sidewinder. We were only 13 or 14, so we never actually got to go to the events.

I think the house music scene in Leeds is unrivalled in the UK. The talent that has been born here over the years says it all. We have a family here all from different backgrounds and are all in it for the love of music.

At 15 I decided to get some decks of my own. I got a pair of Gemini belt drives and a 2 channel Numark mixer for Christmas which I had on the floor of my bedroom. I probably only owned about 15 DnB  records but I practised getting each mix perfect and finding which tracks worked best with each other.

When I left college at 17 I moved to Huddersfield near Leeds and found House music and was completely taken over by it. I started to produce on reason and cubase but never actually completed anything worthwhile until a few years later when I got my hands on Ableton and completed my first track. I mixed DnB sounds with house beats and people loved it. I didn’t realise there was already a market for it until I heard the likes of Switch and Sinden who blew my mind.

I was then asked to do a string of remixes and originals. I was lucky enough to tour some great countries and play some awesome gigs. At 18 years old, life couldn’t have been better for me.

I’ve made a living from DJ’ing and producing ever since but I soon fell out of love with that sound. It didn’t challenge me anymore and some nights didn’t attract the best of crowds.

Over the past few years I’ve really got into the deep, sexy and happier side of house. You can’t beat the atmosphere this genre of music creates. People from all walks of life become one in a room and nothing matters apart from just having a good time!

About 9 months ago I did my first Kreature remix for Cubiq & Real Nice on my good friend Luke Pompeys’s Label “Love Not Money”. As it was my first track under this new alias I wasn’t expecting much but I couldn’t have been more wrong. It reached No.2 on the Beatport Nu-Disco Chart and was played by some major DJ’s including David August & Jamie Jones.

Since then, I haven’t stopped and it’s been an amazing 9 months which is only going to get better.

I love to do collabs! Me and Matt Fear have been saying for the past 4 years that we should do a collaboration and have only just got around to doing it! We work great together.

I think it’s important that a producer should be involved in a scene. Learning from other DJ’s and producers and being inspired by different music and people is important.

Be patient! Rome wasn’t built in a day as they say. It takes time and a lot of effort to craft your own sound. I’m self taught so I think I have a unique style of working and I’m still learning something new every day. It’s one of the reasons why I love my work – that’s if you can call it work!

Nope! There’s too many to pinpoint one and too many amazing eyes-closed goosebump feeling moments to just pick one

I think the best thing is constantly meeting new and interesting people who I always feel like I have known for years as we all share the same passions.

The worst is all the travelling!

I have some wicked gigs lined up this month including a 4 hour B2B Set with Matt Fear at PrettyUgly which will include a 2 hour live set that we have worked hard on and my first Sankeys gig upcoming as ‘Kreature’ with Adana Twins, Newbie Nerdz and Matt Fear.

Release wise my next EP is out on KUMASI, a new label set up by my agency KUMASIMUSIC.NET. It’s a 2 track EP including “What You Want” and “You Can” with remixes from Kolombo, S.K.A.M and Matt Fear.

This is an exclusive mini mix just for you guys of some of my favourite tracks at the minute. It’s a bit of a mixed bag but I hope you enjoy it!