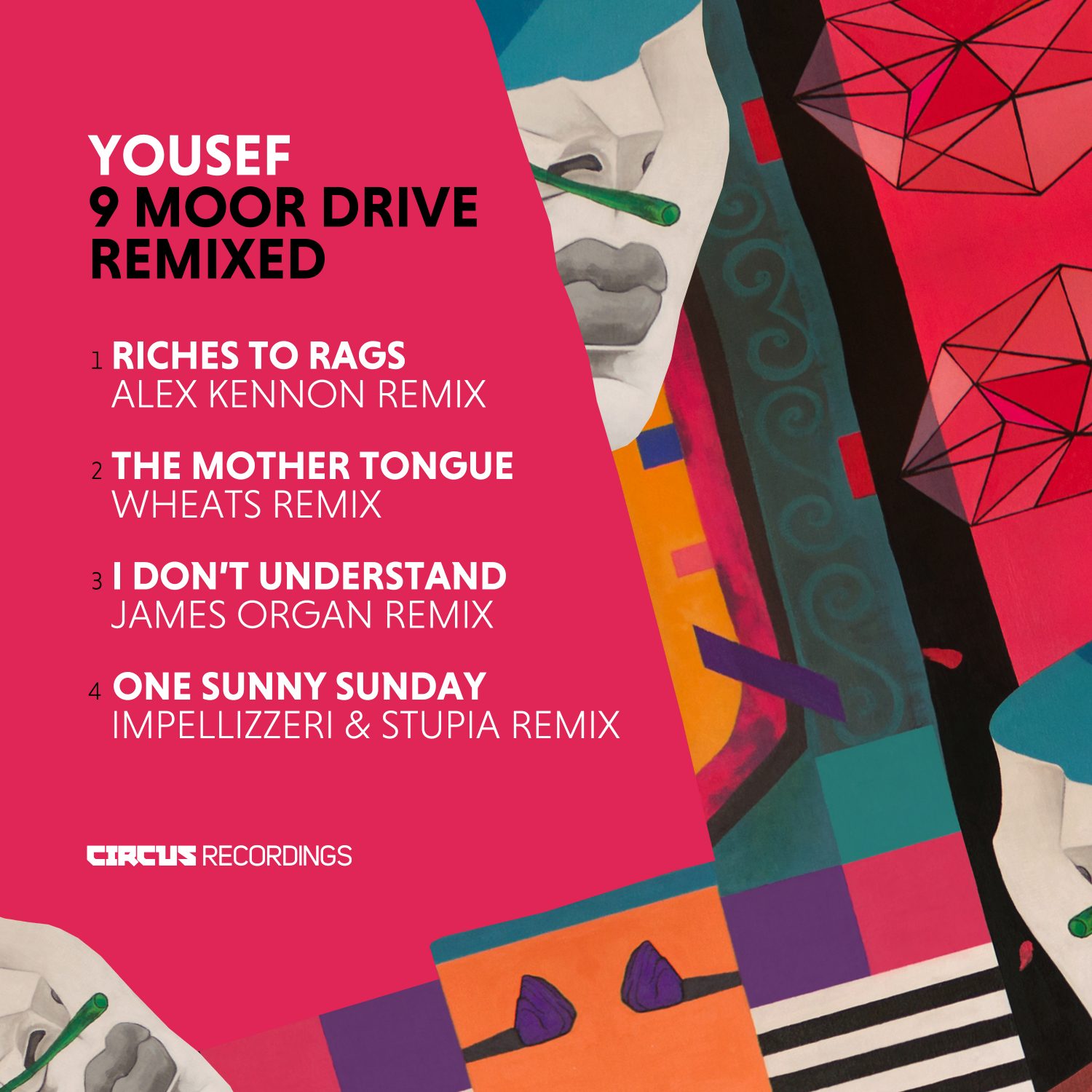 In the release of his most personal work to date last year ‘9 Moor Drive’, Yousef explored the turbulence of his childhood across 13 tracks. Using music as a tool to heal the heart, mind and soul, Yousef also reminisced about the laughter and creativity he was exposed to as a boy. Now as the dust begins to settle and the album grows, the Circus Recordings & Events head has invited four remixers; Alex Kennon, Wheats, James Organ and Impellizzeri & Stupia, to put their own spin on some of the album tracks.

Since its release, ‘9 Moor Drive’ has gained vast support from tastemakers such as Mixmag, Earmilk, DJ Mag and Tsugi to name a few. Further support came from Radio 1’s Annie Mac as she championed album single ‘Give It To Me’, ‘Hottest Record In The World.’

James Organ offers a ‘Sundown Remix’ of ‘I Don’t Understand’, bringing euphoric vibes in his rework. His name has been rising through the ranks with releases on Circus Recordings, Hot Since 82’s Knee Deep In Sound, Steve Lawler’s VIVa Music and Danny Howard’s Nothing Else Matters imprint. All of which have received heavy industry support from tastemakers such as Pete Tong, Sasha, John Digweed and BBC Introducing. 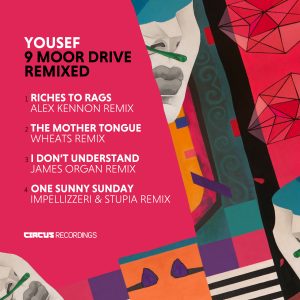