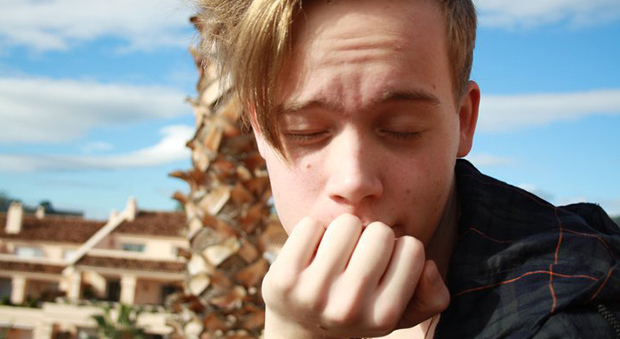 Fresh-faced Swede, Sune has been quietly building a reputation in the hazy reaches of sample-based house music from his work with Lagaffe Tales, Honey Butter Records and his own collective, Hi-Hat Appreciation Society. His brand of deep and summery grooves have found him favor with Melbourne based upstarts, Kyoku Records, whom have been steadily mining gold with their A&R efforts over the past 18 months. Snatching up three tracks, plus a superb remix from Fouk-man, Daniel Leseman, the Kyoku heads set about orchestrating Sune’s forthcoming EP entitled, “8 Till Late.”

The title track is lush and warm, with heavy vibraphone riffs and swooping strings. “Pistachio Sour” is a jazzy house affair that pairs loose rhythms with liberal amounts of filtering… an effect that remixer, Daniel Leseman, utilizes to even greater results. Lastly, we have “Everything Changes,” the subject of our premiere. Chunky, jazzy riffs filter in as the percussive ground floor is laid during the intro. At the break, we’re greeted with muddled Rhodes chords while layer upon layer of blissful guitar leads take us through the first stanzas. The half-way mark yields a surprising, disco-infused interlude with a lovely, wood-wind-fueled solo that adds a welcomed bump to the tracks laid back nature.