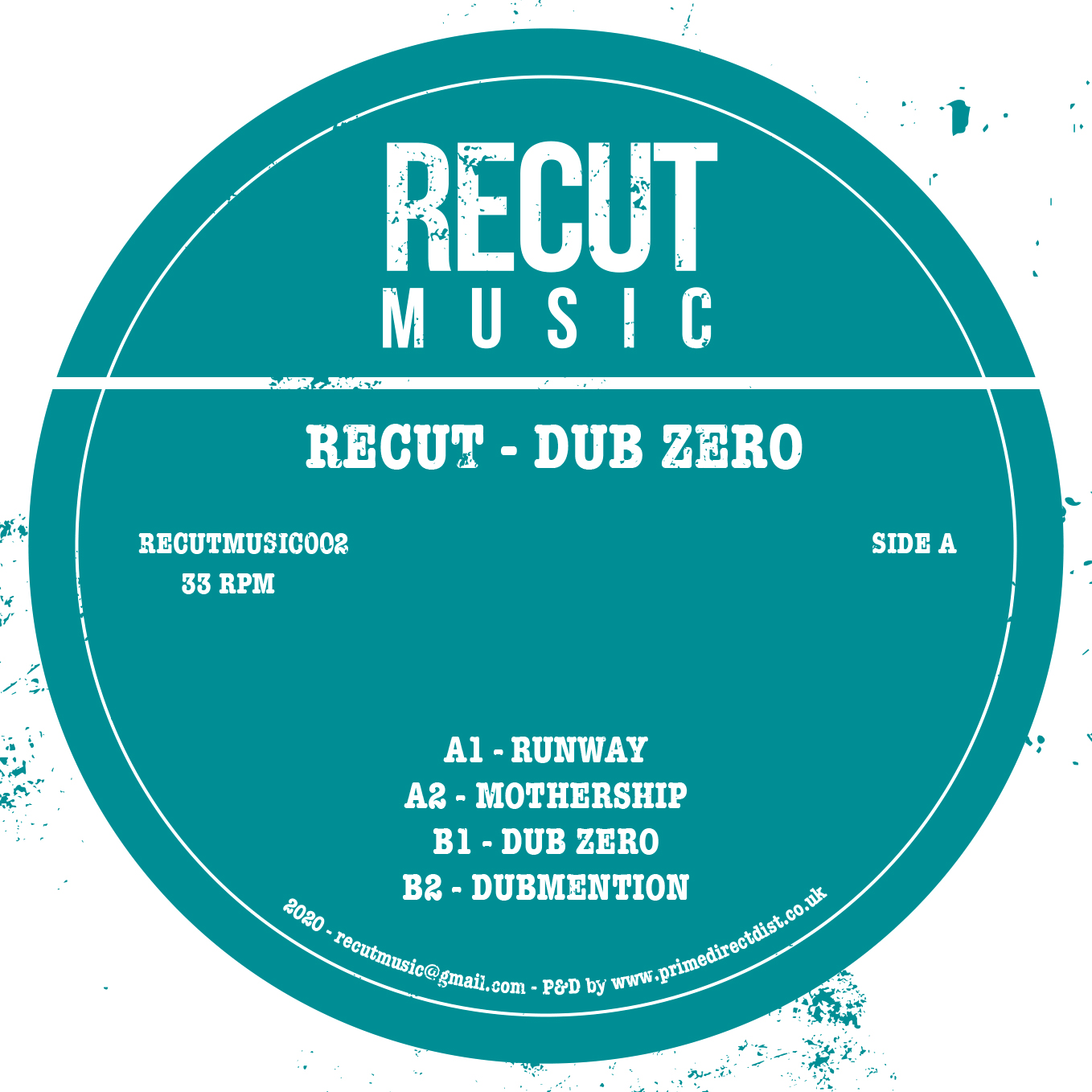 In June of 2020 Recut gave us ‘Reload Disco’ on his fledgling imprint Recut Music. His four-track wonky disco winner pricked the ears of many. All the heads were in, Jimpster, Luke Solomon, Oliver Dollar, DJ Rocca, Horse Meat Disco, Bill Brewster Justin Robertson, Fred Everything and Marcel Vogel, which culminated in a super speedy sell through of the vinyl.  Recut has been making beats since the ‘90s, preferring to keep his established name and Discogs out of the limelight. He pushes out again on his vinyl only, Recut Music label with their second offering entitled ‘Dub Zero’. This EP is a four cut DJ tool that kicks!

Opening with ‘Runway’ and its lo-slung funky groove, that you just want to hear on some very big and very loud-speakers. ‘Mothership’ picks up the bpm and moves into acid house terrain with its driving, repetitive machine beats. Title track ‘Dub Zero’ goes tribal and you can hear this kicking off a treat on Balearic house dancefloors. EP closer ‘Dubmention’, with hi hats leading the charge, until the kick comes in and drives it all the way through this six and half minute stomping dancefloor pleaser. 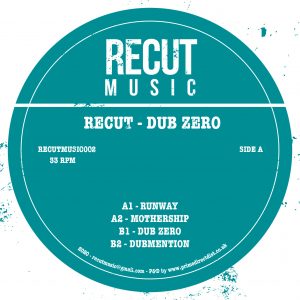