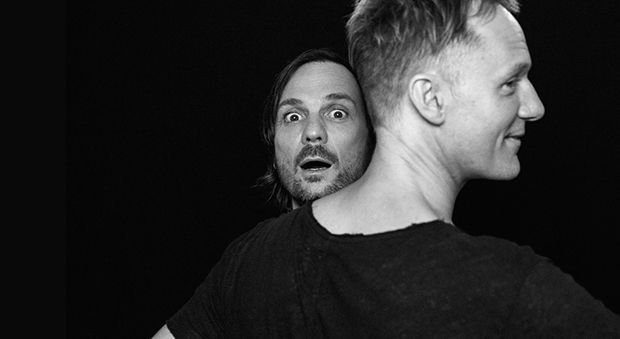 Although its protagonists have been an integral part of the international electronic scene for over fifteen years, this is – somewhat unbelievably – their first album. Friends since boyhood, Patrick Bodmer and Philipp Jung – better known as M.A.N.D.Y. – first formed at the Monza Club in Frankfurt. Originally an energetic DJ-collective with house music at their core, it wasn’t long before they started making music, with a 2001 remix for French Formation Galleon standing as their debut.

“Of course we had the idea to make an official M.A.N.D.Y. album a long time ago” says Jung. “But we did not want a stapled-together snapshot. After all, we were and are on the road worldwide pretty much constantly. So the endeavour took a little bit longer than expected”. Bodmer adds, “In a career, it’s expected to release a long-format as soon as possible. For us, it was not the most important thing in the universe!”

It was from a pool of around 50 compositions that M.A.N.D.Y. chose twelve songs for Double Fantasy. And yes, their classic ‘Body Language’ is also back, of course, in a newly reworked version for 2016.

M.A.N.D.Y. consciously set out to make a more thoughtful album than your average club record: an elegant body of work that would stand the test of time. This carefully curated debut shows the grand masters of organic house sounds in iridescent form: relaxed, inspired and breaking conventions with every turn.