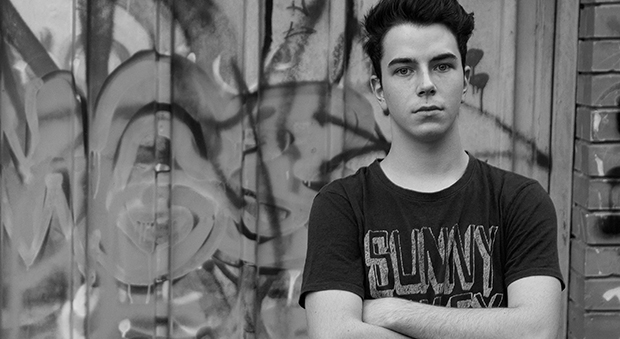 Seriously young and ridiculously talented – Serbia’s Jovan Vucetic is not only a name that will be on the lips of the underground for the future, but also one that is starting to make waves in such a short time already in his production career.

With releases on Marshall Jefferson’s Freakin303 and Nurvous, and pending releases on Carpe Diem Music, Monotonik Records plus a few more top notch labels (TBA pretty soon), Jovan is already making a distinct sound for himself that borders on subliminal tech house, smattered with crisp grooves, and a sprinkling of garage swing.

His most talked about release at the moment, is, ‘Flow’, his maiden voyage on NastyFunk Records. Locked and loaded for September 11th, the EP will run with two original cuts, plus a couple of huge remixes courtesy of 2 distinct duos; a) the ever popular, Fancy Inc (Incorrect, Lost Records, Toolroom) and b) Manchester house music duo, Martinez & Quadelli (Criminal Hype, Killer Vibe). Both originals, Flow & Don’t – each named after their hypnotic vocals and cooked up in Jovan’s own studio – are fuelled with raw, heavy hitting vibes, and are guaranteed to keep the dance floor flowing. The remixes are entirely different vibes, Fancy Inc’s being a percussive funk, and the lads from M&Q bringing a much more direct UK sound.

The release has already brought support from Hector Couto, Del30, Vanilla Ace, Shiba San, Joseph Capriati, Rich Wakley, Simi, Kreature, Richey Profund, Sirus Hood, No Hopes, Andre Salmon and Wax Worx amongst others and is well on track to be a major player across the Ibiza closing parties and over to ADE.