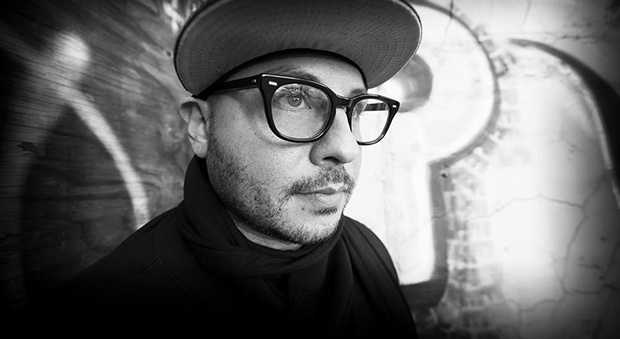 Joeski creates sweet harmony with his 10th release on the underground imprint Kinetika, ‘Dancing In Space’. A producer that needs no introduction, Joeski has already had affiliations with Defected and Desolat but now joins his fellow New Yorkers to drop a track brimming with bass and rhythmical distortion.

Supported by a crisp snare, the king of kicks introduces his track with marching percussion as a controlled start to the track, a hefty contrast to the experimental phrasing that’s to follow.

The lead melodic riff sits off beat hauntingly and grows in velocity with a clever pitch bend, after which we are confronted with silence. ‘Dancing in outer space’ says a whispering voice in an eerie and sinister expression, before we’re dropped back into the sweet rhythmical refrain.

Joeski reigns it in for the end, returning once more to the simplistic percussive foundations and unveiling a track with the personality tendencies of Jekyll and Hyde.

Kinetika and Joeski have come together beautifully to create a traditional house track with experimental and progressive influences which represent both their sounds.