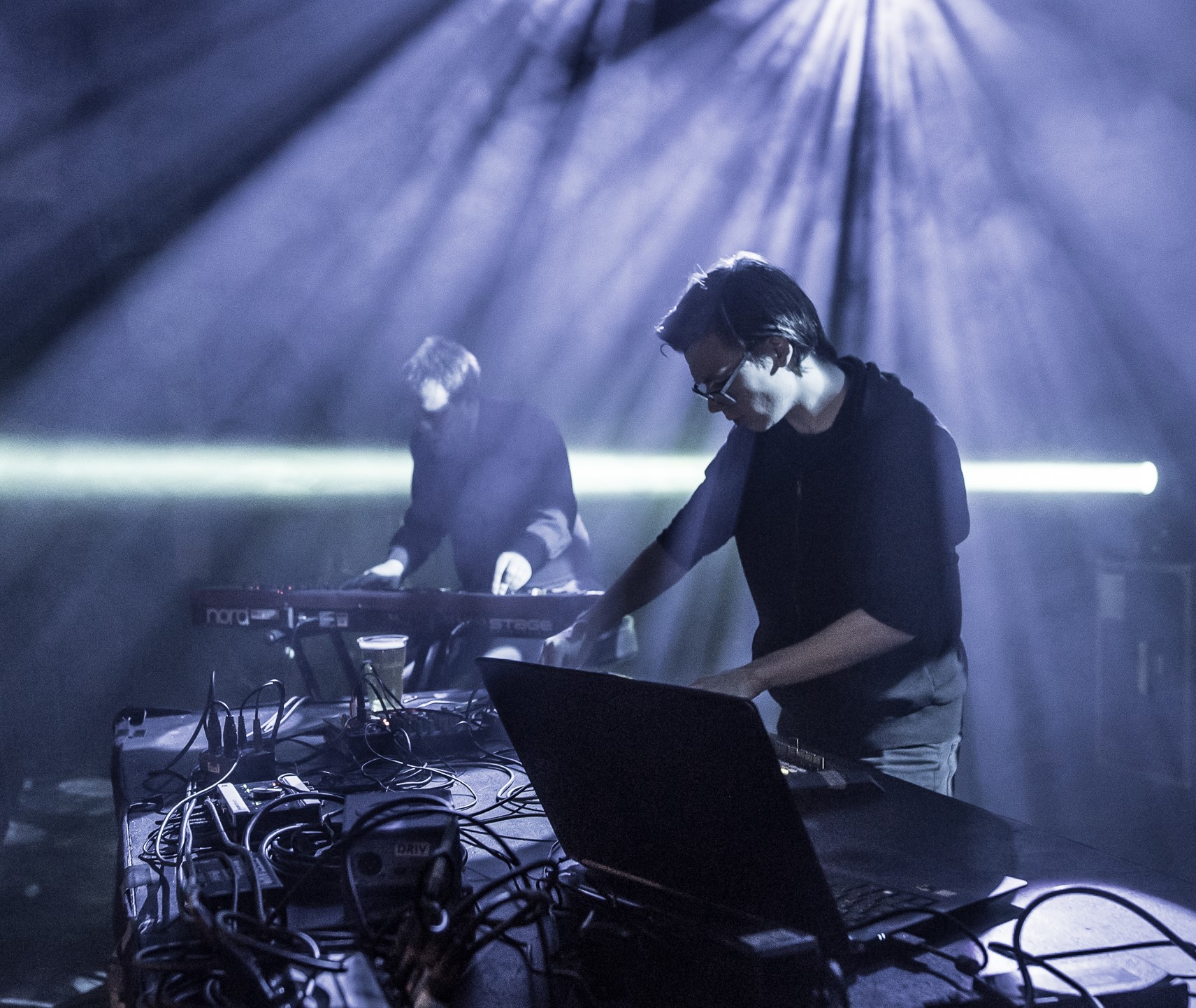 How to turn a moment of worry, uncertainty and isolation into something of a warm-hearted, creative catalyst? How to build bridges when humanity in its entirety seems caught in the nets of decisively painful crossroads? Written and recorded during the lockdown that’s put our civilisations to sleep for the past year, the new album from Third Attempt comes as a much welcome balmy treat to our existentially dreadful times.

Dishing out good vibes in copious amounts, the aptly named ‘Beats From The Quarantine’ finds Third Attempt doing what he does best, i.e. pushing low-slung trip-hop joints and reframed disco blends on a loungey tip. An idyllic opener, ‘Addicted’ gets the ball rolling in soothing, dreamy fashion – grooving out to a plush, slap-heavy bounce that’ll get your hips swaying and feet shuffling without further ado. Channeling polychromatic urban energies, the sample-heavy ‘Front To The Back’ then serves up a crisp mix of hip-hop drums, fluttering melodies and nu-age-friendly flights steering us closer to organic sound folds. 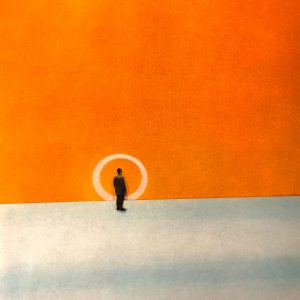 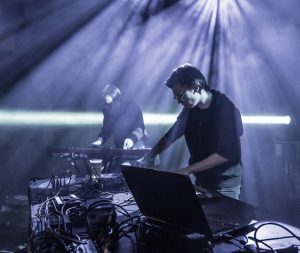 Thanks for talking to us today!What made you call yourself Third Attempt? Is there an interesting story behind that or it is third time lucky?

Had other aliases where the music wasn’t going in a direction I felt happy with. Became more and more aware of how toxic trying to copy everybody else was for my own creativity (and character to be honest). I wanted to start completely over with this name. A fresh start, with more self confidence and a more definite vision of what I wanted to go for. Also third time’s the charm.

Beatservice Records, seem like they are flying your flag. Can you tell us about your relationship with the label? Do you go back a long way?

Yes! Vidar the label manager is the man! Me and him met at my very first live gig at a festival in Tromsø in 2017 (Insomnia). Ever since then, we have worked together. In the beginning it was very reassuring to me as an artist to collaborate with someone who basically lived next door to me in Tromsø. If there was something we needed to discuss, we just linked up and started talking. I was in touch with other lables, but have always been glad I went with Beatservice. He’s a real friendly guy and we will continue to put out lots more music together!

Have you released on other labels?  Can you highlight some of those releases?

Yes! Check out my releases on Paper Recordings. Tromsø Collective vol 1 and 2. Compilation of electronic music from northern Norway. Some other great local artists on there as well!

Beats From The Quarantine – the concept is in the title right? Clearly a very creative time for you but also a bit melancholic?

Yes. Something really interesting happened to me last year when everything shut down. Despite losing all my income and career momentum overnight, I managed to stay very productive. A lot of frustration, anger and anxiety around what what happening at that time. Music has always been an outlet for me. It’s beautiful thing when you can work on a space, and eventually create a feeling that becomes real. I lived through this music during lockdown, and still do. Wouldn’t know what to do without it to be honest.

Do you have a particular production process that you follow when starting a new track? Can you talk us through that?

Usually start by drinking unhealthy amounts of coffee, and then start throwing stuff around, seeing what sticks. Most of the time I start with either a sample or a breakbeat, and build stuff around that. Nothing beats the sampled sound! Roots of electronic music. Also love happy mistakes!

We are premiering track – Addicted. Can you talk us through that track in a bit more detail? What was the inspiration? What did you use to make the track kit wise?

Addicted is a mixture between love and self confidence. I think I was riding quite high on love when I produced this. There is a special sort of inspiration that happens when you spend time with someone you love. I guess that’s generally why most of the lyrics you hear in music revolves around it (Music is definitely for lovers!).

Pretty much right after me and her called it a day, I went to my studio and started from scratch on a new tune. Was in a funky mood to say the least, so the building block to this track became a 70s jazz funk sample. Playing with the rhodes sound, I enhanced the chords of the sample by sending everything through a bunch of VST fx (reverb/delay). Guitar rig being one of my favorites (used a bunch on this album). Digged through my library some more and found this soulful vocal-snippet which fits the track nicely. Thats where i got the track title from, as he is saying «Addicted to your love». After the bridge, I wanted to recreate the feeling of butterflies in the stomach. But butterflies don’t make much sound (at least not recognizable).So i downloaded some fireworks sounds of Youtube, which created this climax enhanced by of FX (roland space echo) thick atmosphere before the funk lead comes in.

As for the outro, I sampled one of Moodymans talks. He is a big inspiration for me, and I really liked what he said here. Talks about the less is more concept. I really like to embrace it in my productions, so it made sense to start of the whole album with a clear thought on this.

What are your most favourite pieces of studio kit?

It has to be the KORG Volca Keys. Dirt cheap little box that creates completely sick sounds. Also the most crazy filter!! Used it a lot on this record. Starting to think it’s this kind of stuff i am Addicted to? Can’t get enough

There have been some comparisons to early Crazy P on Paper Recordings and also Nuphonic. How do you feel about the comparison?

Nothing short of an honor to be compared to Crazy P and Nuphonic. Even heard nice some comments from Max P and Danielle Moore about the new album. Their first record is one of my favorites. Makes me really happy.

Ron Trent seems to be a fan of yours I see on the promo. How did that happen? How does that feel?

Thats the beautiful work of Shine promotion. Have to say that Sharon is the best!

He made some really nice comments about a release last year, I think it was Transit. Ever since then he has come with support from time to time. Means a lot to be backed by a legend like Ron Trent!

You are in possession of your own signature style. It is also very clear that you have got ‘the touch’ in your productions. What advice would you give to young producers trying to make original music?

Took me many years to come to something I was happy with. Like said earlier in the interview, I think it’s very important to be aware of how toxic trying to copy everybody else is, for your character and work. The most important thing is that you make something that provides something for you. For me, it has to come from the soul. And it’s all about the process.

Also, I think the most sound advice i’ve ever heard was: You know what’s the difference between an amateur and a professional?- An amateur waits for inspiration to happen, a professional makes it happen.

What should we look out for with Third Attempt in 2021?

My plan forward is to focus on the experience of seeing Third Attempt live. The experience of seeing moving images that maches the music, in time making it memorable, unique and recognizable. Equally fitting for a seated concert as for a club gig. I also plan on remixing parts of the upcoming album (Beats from the Quarantine) to be able to play the tracks in my DJ-set, in a more dancefloor-friendly fashion.

Moving forward I am working with tracks and making demos for upcoming releases. The goal for the next single/EP/album is to make something more uptempo. For the clubs, but also in the realm of listening music. Hitting a middle ground, continuing to build on my sound. Looking forward to getting back on track after this pandemic is over. And start working full time again with music. Luckily I have my studio close by, and a schedule which allows be to keep busy with my craft. Despite of whats going on I am getting loads of stuff done and feeling inspired. Thanks for having me on guys!