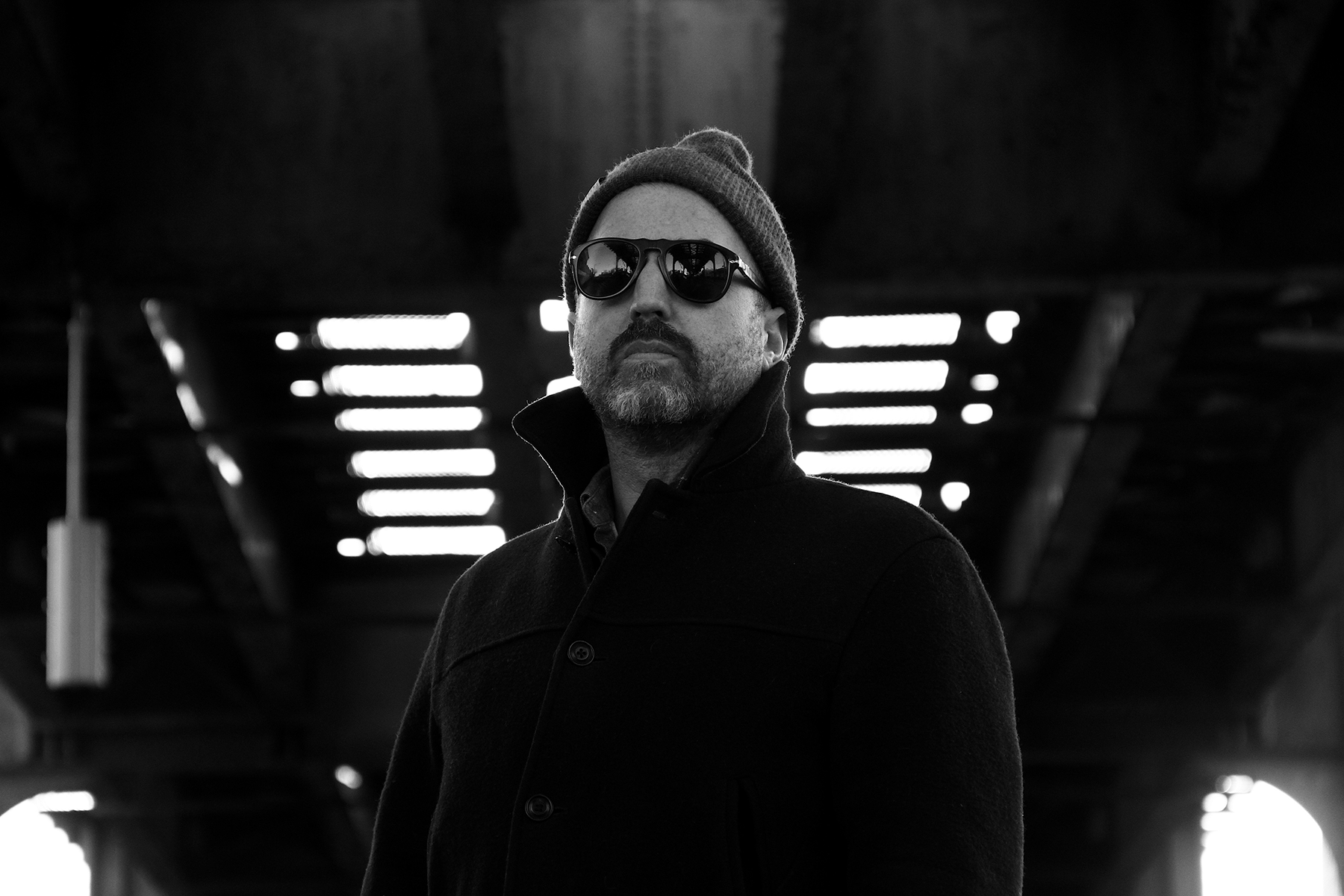 Over the years, the sonic world of Heist has grown into a place where energetic house, live instruments and worldly electronics move together in the most natural way.  Heist are very proud that they can showcase artists that cross boundaries or simply create their own universe, while keeping a strong connection with the identity of the label.

The ‘Exposures EP’ by Teleseen, fits perfectly into this aesthetic.  Teleseen is the main project of nomadic DJ, producer and multi-instrumentalist Gabriel Cyr, drawing influences from deep house, afro house, samba, batucada as well as the experimentalism and sound system cultures of his home town NYC.  His sound leans heavily on polyrhythmic programming and he’s nothing short of a synth wizard.  This release is comprised of three originals, and a remix by Berlin based Italian house guru Black Loops.  The record features a number of collaborators and recordings of various instruments, ranging from percussive sections to synths and guitar. This live approach to electronic music is one that is deeply rooted into Gabriel’s work. His upcoming release on Soundway as ‘Thaba’ is another good example of this approach and also shows how diverse his sounds really is.

On the flip we get to hear more of the sonic world Teleseen has to offer.  ‘Dekalb’ seems impossible to box into a genre.  Its mood is set by a lovely section of free-flowing Rhodes chords and the chopped vocals and open synth- bass gives the track a whole new feel.  It’s that ballsy electronic edge combined with dreamy textures and live rhythms that give ‘Dekalb’ its unique vibe. 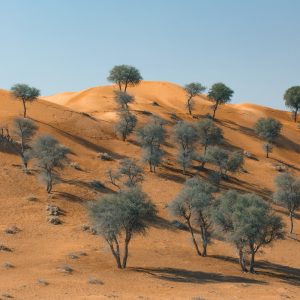 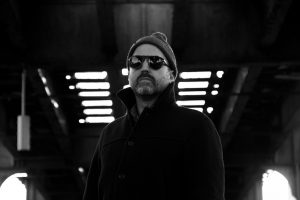 1.) Thanks for talking to us today!  You are shortly to release your debut on the mighty Heist Recordings. The label describes you as a nomadic DJ, producer, and multi-instrumentalist. Why nomadic? Is this to do with sounds and styles or are you a big traveller under normal circumstances?

It’s due to both, I work in a variety of styles and genres and have a broad range of influences, but I’ve also always been a big traveller and spent most of the last decade living between New York and Rio de Janeiro and points in between. I was living in Europe some of last year and was back in the states doing some stuff and I needed to make that move more permanent when the pandemic hit. That has put an end to my moving around so I’ve resettled back in New York for the moment. We will see what the future holds.

2.) On the EP ‘Exposures’ sounds as if there is a lot of world flavours in there. Can you tell us about the inspiration for this EP? What inspired you to make it?

At the beginning of last year, I closed out my apartment and studio in Brooklyn that I’d had for about 5 years and did a frenzy of recording with friends before I moved out. I also spent a lot of time looking through tunes I’d started but not finished during my time there. Transfer came out of those sessions, I’d found the beat, which I’d started and forgotten about a few years earlier, my friend Yohni, the guitarist who plays on the track, was over recording some other stuff and in a break, I pulled up that tune and had him jam on it.

3.) Do you have a production process that you follow?

My process is pretty fragmentary, I tend to have a lot of unfinished things that I am slowly working on or adding to until something about it snaps into focus and then I move into a more serious production mode. I like to work with different types of musicians as well as just on my own in the studio, so that’s always a big part of my process.

4.) So you’re based in New York. How are things for the good people of New York right now?

I have enjoyed being back in the city a lot these last few months, after such a difficult spring we’ve had a good summer and the vibe of the city is very nice. Everything is still mostly closed and you can’t eat inside at restaurants or bars so most social life is in parks on beaches these days. Hard to say what the fall and winter hold but I am trying to stay optimistic.

5.) For our readers who are new to your music, what can you tell us about Teleseen the artist?

It’s pretty restless artistically, drawing influences from everywhere and changing vibes and production styles a lot. Touching on deep house, afro-house, and broken beat but also Detroit techno and dub techno, with a bit of a jazzy bent at times…

6.) People call you a synth wizard as you are known for using multiple rhythms in your productions. What is your history with synths? When did you first use one?

I got my first synth, which was an ARP Axxe I think, about 15 years ago. I quickly became addicted and have about 7 or 8 these days. The Axxe didn’t stay with me very long, because as anyone knows who’s used one it’s a pretty limited synth. The second one I got was a Sequential Circuits Six-Trak, which I still have to these days and is on all three of the tracks on this EP.

7.) What is your favourite piece of kit that you use and why?

Probably my Rhodes Chroma Polaris, the baby brother of the main Chroma, which I bought a few years ago. It’s such an incredibly versatile synth and always offers up a few surprises that one can draw inspiration from.

8.) Black Loops is a pretty serious remixer to have on board. How did you make that happen?

Lars and Maarten hooked that one up, I wasn’t familiar with his work but it’s fantastic and an amazing addition to the EP.

9.) You also release music under the moniker Thaba. How does this sound differ from Teleseen?

Thaba is more of a band project that I had with a South African singer and songwriter named Khusi Seremane, who tragically pased away this past July. We were just in the process of preparing our first release on Soundway Records, which will be out in November. The sound is a combo of South African pop and dance music, like Kwaito and Bubblegum, with sort of an art-rock and synth-pop thing, like Roxy Music or Talk Talk.

10.) We will soon be premiering your track ‘Dekalb’ from your new EP on Heist. This track seems quite different from the rest of the record. What can you tell us about this track?

This one was my response when Maarten asked me to find something very warm and housey to round out the EP. I began looking back through old projects and ideas that I’d started and abandoned and found this one. The main theme is drawn from a sample of a Mbira record that I had originally had in there, and I rebuilt the core melody on the keyboard. I also pulled some great percussion from a session I had last year in Rio with an amazing percussionist called Léo Leobons to round out the bridge.

11.) You’re working with a super solid label here Heist. How did you connect with Maarten & Lars?

Maarten reached out to me 2018 after hearing or reading a review of an EP I put out that year on a Paris based label called Goldmin Music, called the Emotional Life of Savages, asking for a promo copy. We met up when Detroit Swindle came to New York to play and I gave him one of the records and we stayed in touch. Last year I had a mountain of tunes I was finishing, and I sent him a big playlist of unreleased material to see if there was something there that would work for Heist. We whittled it down from there to create this release.

12.) Is there someone or something that is a particular inspiration for your sound or for you musically?

I’m often inspired by travel and the landscapes I encounter on a daily basis, just the texture of New York City, or Rio, or Paris or other places I’ve been lucky to spend time are endless sources of inspiration.

13.) How are you keeping motivated while you can’t play out?

Mostly trying to improve my keyboard playing as always and digging into listening to new music and trying not to go nuts while being cooped up. Things in NYC are still mostly shut down and seem like they will be for a while. I don’t think we’ll be back in clubs anytime soon.

14.) Who would you love to hear playing your tracks?

I would love to hear one of my tracks pop up in an Osunlade or Boddhisatva set. I’m also a really big fan of Giles’s club sets. Seeing him play open to close at Output in Brooklyn back in 2015 was a real highlight. He played everything from John Coltrane to Drexciya and had the crowd moving the whole time.

After this busy autumn of releases, I have a bunch of other stuff that I’m trying to prepare for release next year, as well as starting work on a dance-floor oriented record that draws more explicitly on Afro-Brazilian rhythms.

It’s been a wild year, for the world and for me personally. Mostly I have just been trying to focus on love on and to make the best of what we have. Music is still magic.