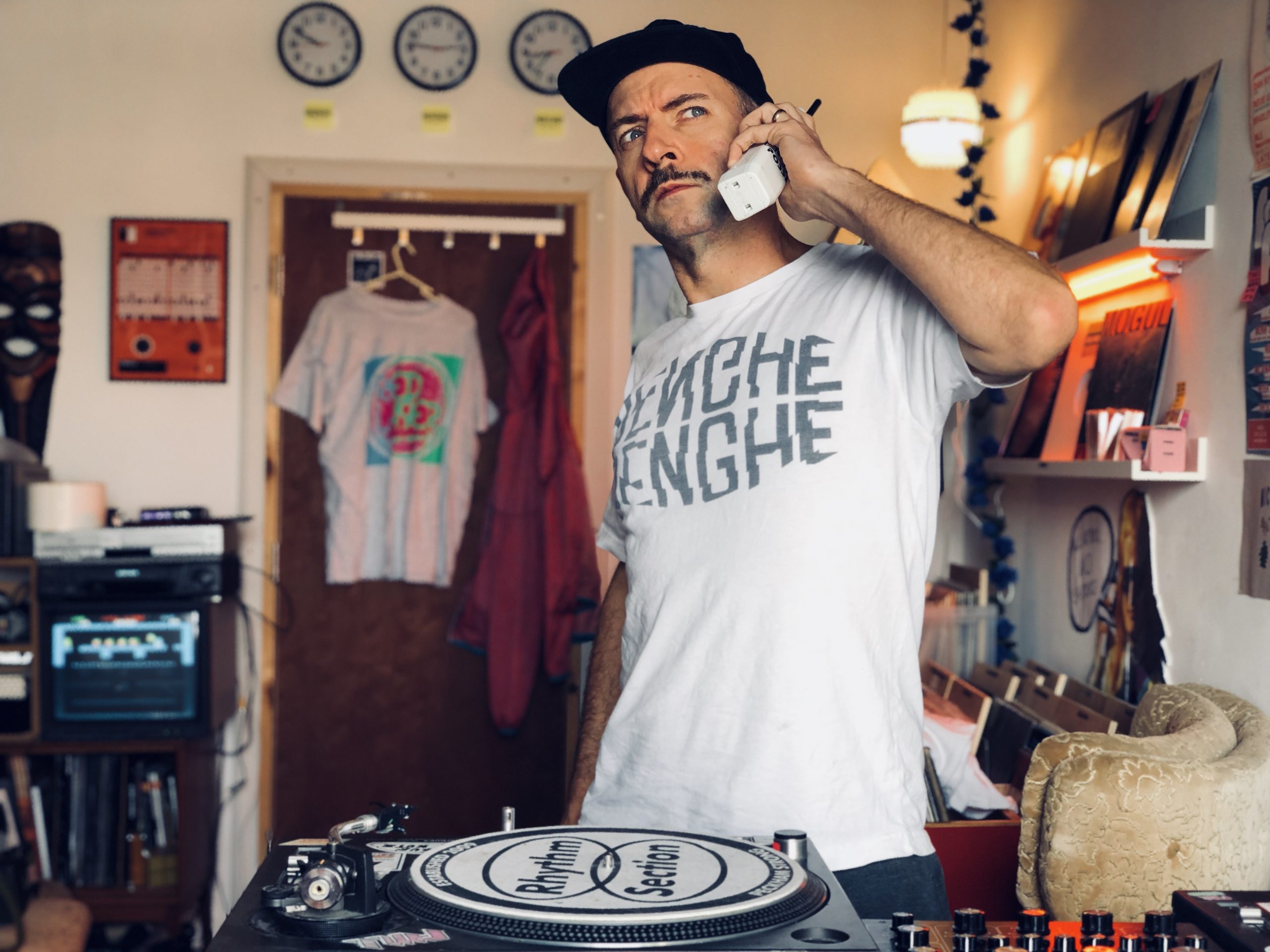 Manchester underground legend Ruf Dug has joined forces with fellow Mancunian Lovescene on the ‘Make This Right EP’ dropping on Wolf Music.  We catch up with Ruffy ahead of the release. 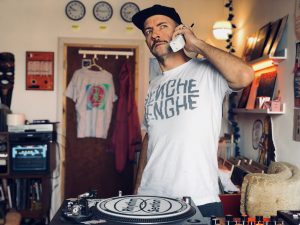 I know you’re from Manchester. How are things in your hometown at the minute? How is the mood? Things are OK here at the moment, everything’s sort of getting back to normal – whatever that means

Have you always lived in the city? Not always – I lived in Australia for 8 years and have spent a bit of time elsewhere, but Manchester’s been home for most of my life.

You’ve spent a lot of time in Ibiza too? What is your relationship with the white isle? My parents went on honeymoon there in 1970 and fell in love with the place and growing up we only ever went on holiday there. I spent a LOT of my childhood summers there and got hooked on the Balearic vibe long before I went near a discotheque.

Manchester has had a hell of a lot of great music and talent come out of its streets. What’s in the water in the city? This is an essay question in itself! A better question might be to ask what’s in the rain, not the water – the rain holds all the answers…

What would you say are the characteristics of a Mancunian? Big coat / friendly demeanour / don’t give a shit who you are..

What’s the club to go to in Manchester for underground house pre Covid? Is it open again now? ‘Underground’ is pretty much meaningless as a phrase these days – it was always a byword for ‘cooler than you’ anyway. The internet has destroyed the underground – there aren’t any underground clubs in Manchester, apart from ones that are literally subterranean so I might as well say Soup. The best club in Manchester is easily The White Hotel (even though it’s in Salford)

What’s the best thing to come out of Manchester apart from its music? Women’s suffrage / the labour movement / the computer.

Ruf Dug is many things. The producer – how far back does this dabbling go? GCSE Music Composition (I was told that I wasn’t any good at it)

I suppose you were a DJ before you produced right? What sort of nights were you playing at as you were coming up? Squat Parties & techno nights in dirty pubs

Do you still own a record shop? What’s the score there? The shop closed a few years ago cos listing things on Discogs is fucking boring and we got into this game to not have to do boring things…

What is the history of Ruf Kutz the label? Started in 2010 as a vanity project to get some edits out, Moodymann got his hands on the first release and I’m still riding those coat tails 11 years later.

Are you still as mad about record digging and finding as ever? Or have you gone to the digital dark side? I was a Napster raider long before I ever got my fingers dusty! Discogs has all but killed 2nd hand record shops to the point where I feel kind of guilty if the person at the shop lets me walk out with an expensive record at a daftly cheap price…

Do you actually care what format you play, or others play for that matter? Not in the slightest. There’s one tune I play nearly every set and it’s an edit I made of a track I cut out from a John Tejada DJ set recorded in 2005 and uploaded as a 128kbps mp3. It’s janky as fuck but I must have played it over 100 times in the club so far and nobody ever came up to complain about the bitrate.

You worked with Bradley Zero a while ago and released on Rhythm Section. How did this happen? Are you still involved with Bradley? What’s the history there?  I met Bradley nearly 10 years ago when I did Boiler Room, and we became pals over chippy tea in Peckham. He’s a very good friend and I’m looking forward to seeing him in a couple of weeks when I next play at Rhythm Section.

Futureboogie is big favourite of mine. How many releases have you had on the label? Just the one!

There’s something special about the label Futureboogie. Super solid, quality release after quality release. Why do you think that is? Dave Harvey knows EVERYONE, and they all want to play at his fantastic parties, so everyone always gives him their best tunes.

You have a regular show on NTS radio. How do you go about preparing for your shows? Or are you a shoot from the hip type? A bit of both – usually I’ll prep a load of music but not really know what exactly I’m going to play till I’m on air. Having broadcast from home for the last 18 months means I’ve got lots more music available to select from so it’s fun sometimes to disappear down a wormhole if the chatroom are enjoying something I play and I feel like following their lead.

How do you go about sourcing new music? Keeping my ears open at all times!

You tastes span a lot of genres. Street Soul is something people dig deeply, and others just don’t get it. It can sometimes be described as too raw and unfinished. What is it about Street Soul that gets you so much? I like the raw DIY nature of it, there’s an honesty and an urgency in this music and it’s clearly been made just for the love, it’s as uncommercial as you can get pretty much.

Can you highlight a street soul track that you adore?  Bф’vel – Check 4 U

How did you hook up with the Wolf boys? They came to my stage at Gottwood a few years ago and majorly flexed their Mario Kart muscles. Love at first VS Battle!

Give us the lowdown on Lovescene? Poppy is a total force of nature; song writing, producing, band-leading – all in a day’s work for her. It’s been a real buzz to hook into that energy on this, been hoping to get her vocals on something for a LONG time…

Who do you admire in the music industry at the minute? Bradley Zero!

Is there someone you would like to collaborate with in the future? Roisin Murphy.

What do you think needs to change in this world? Bloody everything.

Who is your rock? My wife and son. Family is key.

What’s the best bit of advice anyone has ever given you? Always ask for a late checkout.

If you weren’t making music, what do you think you’d be doing? Resetting passwords. 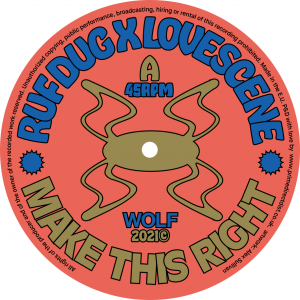