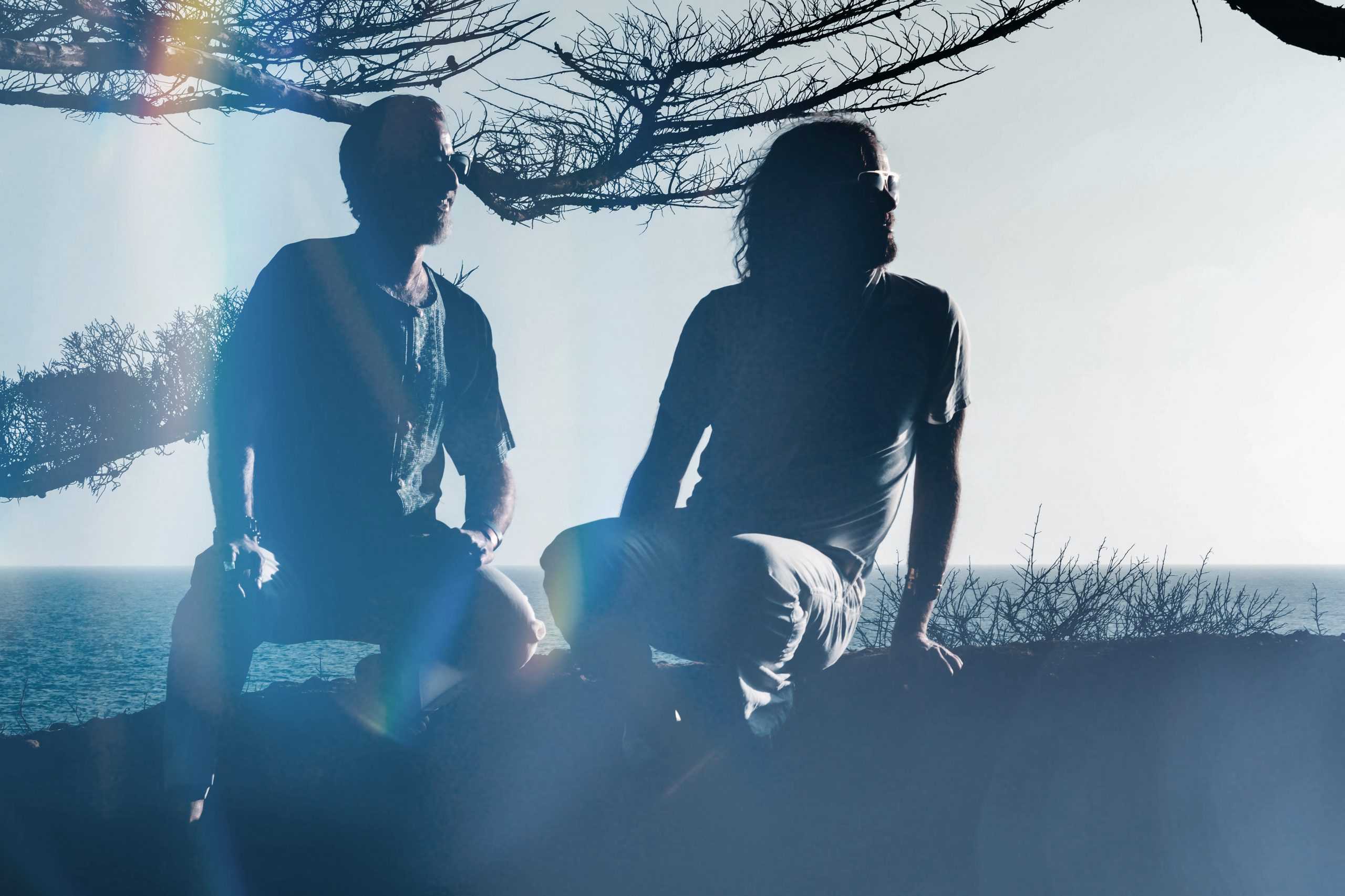 Ritual Release is a fresh new California-based label from the duo behind Woolfy vs Projections, created as an outlet for their expansive output across an array of genres, as well as new music by other artists. Under their Projections moniker, they bring us the blissed out ‘Original Cell’ as the inaugural release on the fledgling imprint with reworks from the mighty Khidja and UK treasures Coyote.

The duo, who have also recorded as Woolfy vs Projections, are UK-born Simon ‘Woolfy’ James and LA native Dan Hastie who met around the turn of the 2000s. This long-standing California duo, are the originators of West Coast Balearic, their sound combing influences of disco-funk, 70s soft rock, synth-pop, and the leftfield eclecticism of early Ibiza and Baldelli’s Cosmic Club. Signed to Munich’s Permanent Vacation, they settled into a stargazing, pop-tinged disco groove for four acclaimed albums, singles, and remixes. This modern-day live disco band have featured on compilations including Jose Padilla’s Café Mambo and Buddha Bar, with further releases on Future Classic, DFA / Rong, Guidance and Phantom Island. Continuing along the West Coast Balearic theme, this first outing on Ritual Release has them further extending the seam in their more blissed out work, that traces as far back as their stunning effort, ‘Luminate Part 2’ from their ‘Between Here And Now’ LP on Guidance in 2002.

On ‘Original Cell’, Woolfy’s multi-tracked vocal channels expressions of yearning and ecstatic love over a semi-ambient backing of dulcimer, strings, and horns. The sublime original conjures up a glowing vision of Bobby Gillespie conducting a string quartet and New Orleans brass band on a beach at the golden hour.  Romanian duo Khidja deliver an epic rework that grows in intensity over its 10-minute course, propelled by lysergic rushes and a bassline of the ancients.  Produced during lockdown, Coyote’s remix casts a wistful eye at the dancefloor with a euphoric chug that matches the original’s strings and Hastie’s sensitive piano with echoing refractions of Woolfy’s vocal. 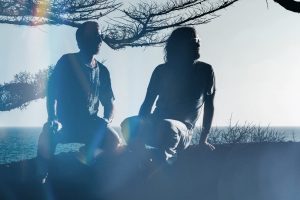 Interview with the Ritual Release crew

Ritual Release is a brand new label that has launched this month. Congratulations! Who is behind the label? Where are you based?

S: Thanks! It’s the three of us, Simon James aka Woolfy, Dan Hastie, and John Alderson. Dan and I were looking to branch out musically beyond what we’d become known for as Woolfy vs Projections. We teamed up with John, who’d moved out here from the UK a few years before, to put the project and new directions together. He manages the label, leads on creative, and has a fairly golden set of ears so has been a big part of the music we’re putting out.

D: We’re based in Ojai, California. It’s a sleepy satellite town to LA.

Do you have a music policy? Do you plan to put out stuff from other artists? Are there some releases by others in the pipeline? Who are you thinking?

J: Music policy? We should probably have one of those. It’s just our own tastes. We’re guided by the impulse that went into our starting the label: giving artists creative freedom, and the chance to expand musically and put out their best work. Some Woolfy solo material is on the way next that might surprise folks—in a good way. Plus a brand new act we can’t wait to introduce, but we can’t say any more for now. We’ve also pulled in remixers whose take on a song sends it in an inspired new direction. So far that’s involved contributions from Khidja, Coyote, neo-psychedelic band Django Django, Turbotito, and Ray Mang.

Projections is a rebirth of Woolfy vs Projections. Who were the original artists? Are the artists the same today? Why did you decide to change the name?

S: Woolfy vs Projections had a baby. We’d been trying for years. Thanks to modern day medicine…

D: It’s still us. Projections was our original moniker for releases on Guidance Recordings from 2000 until around 2007 when a ’Split EP’ with Simon’s other alias, Woolfy, landed us with Woolfy vs Projections.

J: When I first got into things with Simon and Dan, they were wishing for a simpler name. And as it happens, for the duo to go under Projections gives more space for Woolfy’s solo output to go its own way.

Your bio it talks about you being the originators of West Coast Balearic. Where and when did this sound begin? How would you define the sound?

S: Not sure who wrote that one.

S: Where it began… 2000-ish, on the West Coast. Our music’s been described in a number of different ways – usually words like cosmic, disco-pop, funk, soft rock, AOR – and one of them happens to be Balearic. We don’t see it as a stamp across our work.

The B word is always an interesting discussion point. How would you define Balearic?

S: It’s an image, to me. Coastal. Sunshine. Sunsets. Growing up in California you’re in tune with a certain way of life that’s influenced by those elements.

J: It’s a sound that’s been shaped by DJs more than musicians, so it’s about (often surprising) things that just work in context of that image Simon is talking about. It’s elusive, hence the phrase “Is it Balearic?”.

Who do you see as the originators of the Balearic sound?

S: I’m gonna say the people who live there.

J: The original crop of DJs who started to select and play music in that certain way in Ibiza, such as Alfredo, Cesar, Leo Mas, Pippi, Jose Padilla… Robert Harris and Test Pressing published some interviews with those originators a couple of years back that are worth seeking out.

When was the first release for Woolfy vs Projections? What label was it on?

D: After our early work with Guidance we put out a ‘Split EP’ on Jason Spun’s Rong Records in ‘05. Woolfy on the A-side, Projections on the flip. Unofficially that was the first release for Woolfy vs Projections.

S: Then we signed to Permanent Vacation under that name for ‘The Return Of Starlight’. That was 2007.

Tell us about your relationship with Permanent Vacation as you have seemed to have released a fair amount with the Munich label.

S: We’re their longest running artists. They’ve been incredible to work with. We’ve known Tom since he was at Compost, and then Benji of course.

D: They gave us creative control and always sent statements on time. We love those guys.

What other labels have you released on in the past? What would you say is your most notable release?

D: We’ve always spread the love around. Way back when, we worked with (West Coast hip-hop/funk-pop band) Plantlife. We recently remixed LA soul troupe Orgone for 3 Palm Records, which is under the wing of Colemine Records.

S: Most notable? Our newest, of course. The feedback we’ve been getting about ‘Original Cell’ has been phenomenal. But songs like ‘Odyssey’, ‘Absynth’ and ‘Too Hot’ (with Lexx) especially seem to endure for people.

What artists would you say have inspired your sound along the way?

S: Really too many to mention. Personally, Velvet Underground, JJ Cale, Bowie. Am I being too obvious?

S: We definitely find ourselves listening more to selectors like Harvey and Lexx for influences.

When you play out as DJs you play more disco, right? What kinda stuff do you play?

S: We go across the board. Overall we keep it uplifting and for the floor. Recently we’ve really been feeling labels like Space Grapes, Best Italy, and some select ones from Star Creature.

J: My background includes a residency at Plastic People and the hi-fi dancing & listening culture that emerged since (in London). So yeah, across the board, wide as you want to go.

D: We have a special show incoming on 1BTN.fm, check us on there.

Original Cell makes a very strong first impression. The opening track sounds epic! How do you begin to write something this big?

S: When it first started out, I was trying to create an English countryside morning in the spring time … a bit of frost with life returning. The working title was ‘A Wentworth Day’. As the song progressed a story developed about the excitement of new life and the title shifted to ‘Original Cell’. When we first got together with John, he marked it as a Balearic classic, and created a beautiful music video that takes the emotion and story, and really runs with them. That’s about to drop any day now, so stay tuned.

You’ve chosen some great remixers. Romanian duo Khidja – Andrei Rusu and Florentin Tudor. What made you approach them?

S: This guy John over here.

J: They’re a lovely and talented couple of guys making some pretty expansive/psychedelic electronic music for the floor (and beyond) right now.

UK duo Timm Sure and Ampo aka Coyote have been prevalent on the Balearic scene in the UK. Have you ever hung out with these two lovely lads? What prompted you to approach them?

D: We’ve been fans of theirs for years. Permanent Vacation initially approached them about doing a remix of ‘Jackie’ from our ‘Stations’ album.

S: Haven’t had a pint with them as of yet, looking forward to that. We have a few collabs under our belts. Most recently I co-wrote and sang a couple of tunes on their Return To Life EP, plus we did a remix of Shimmer Dub on their album Buzzard Country.

We are premiering the Coyote remix. Talk us through what they have done to the OG.

S: Well, they gave it a nice steady push, just what we were looking for. Those guys hit the mark every time.

D: It chugs (with not too much drug).

Now that the world is beginning to spin, have you got some nice gigs lined up?

D: We were the headline live act at the recent Dusk Overnighter in Joshua Tree alongside our homies Lovefingers, Heidi Lawden/Surround and others. That was our first live gig post-lockdown, but we’ve been DJing up and down this coast too.

S: We’re planning on getting out to Europe next summer ’22.

What can we look out for next from Projections and Ritual Release?

J: Our second on Ritual Release is a new EP from Woolfy, heading out in a fresh solo direction.

S: We’ve another Projections EP or two lined up, followed by an album.

J: And that fresh new act we can’t talk about. 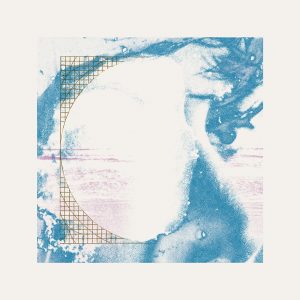