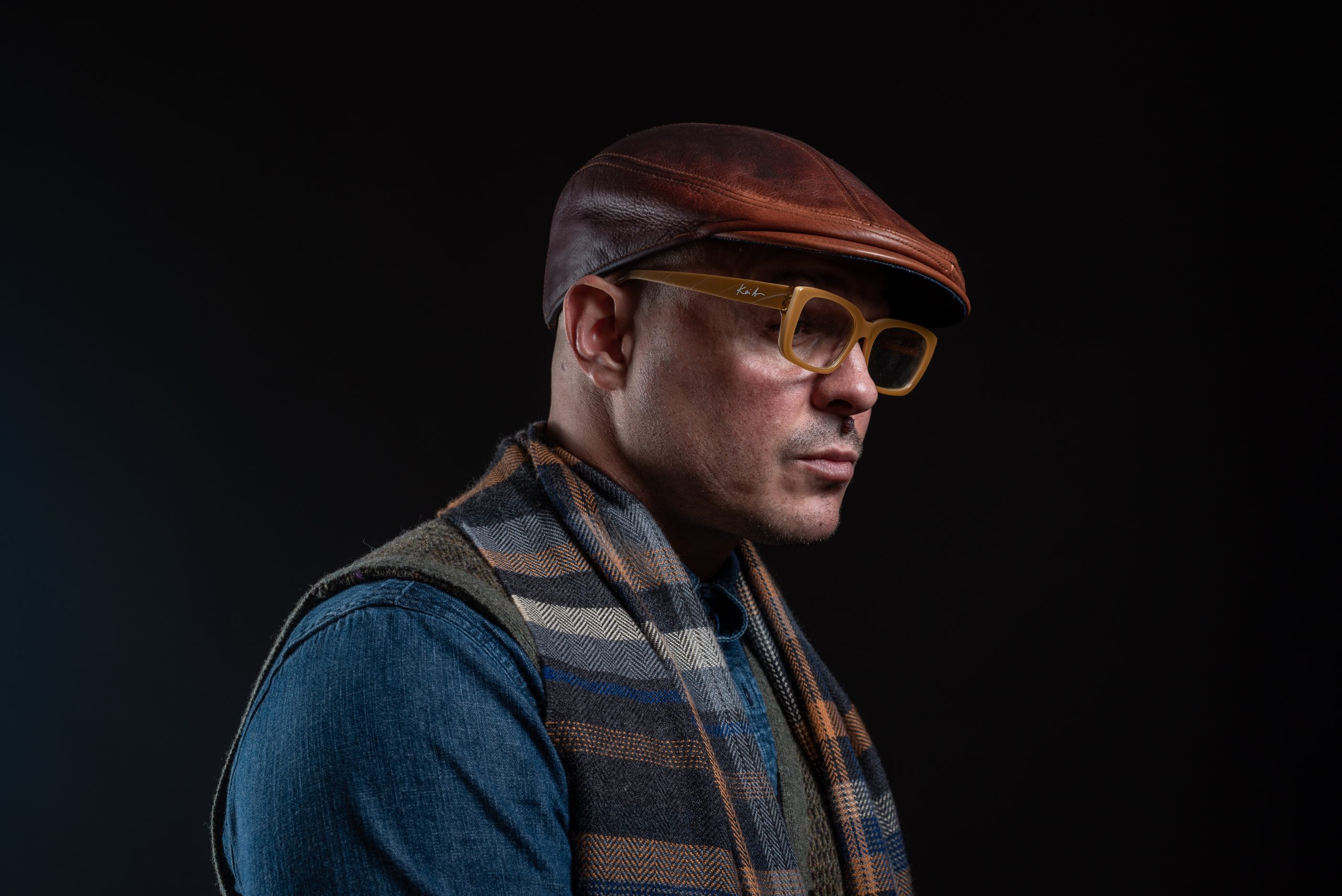 Yoruba Records has been a force in the scene since its first release in 1999. Operated by the much-acclaimed artist and producer, Osunlade. The label has given us some of the most consistent and diverse music ranging from deep house to soulful jazz. Although dance has been its core in the past, Yoruba has stretched and experimented with jazz, soul, and diverse electronica, transforming as times change with an array of artists offering very different styles. From conception, the label’s spiritual connection has been its priority. Guided by the energies and vibrations allowing passions to create not only classics but honest music that reflect the soul of each artist.  More than 300 releases deep, Yoruba Records continues to push boundaries and is recognized as one of the worlds most important dance labels.

Now Mr Flip is a native of New Jersey, and his love of music was born and developed back in the Bronx.  Taught to rap at 12 years old by his cousin, he perfected his craft between the Bronx, and Baltimore. Later travelling to LA where he formed a bond with Osunlade.  Since his debut release ‘Dance Circle,’ Mr Flip has been busy completing his first full length album. The first single, ‘Hit Different,’ sets the tone and lays the foundation for the upcoming full length excursion, ‘Next Level Shit.’ 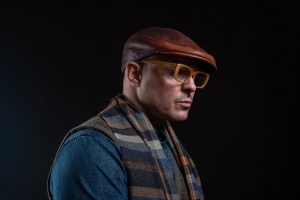 Hey good to talk to you Mr Flip. Thank you for your time.

Of course!  I appreciate yours, as well.

Where are you based in LA? How long have you been in the city?

Yes.  I am currently based in LA.  I’ve been there almost 7 years now.

What do you love about Los Angeles?

What do you miss about New Jersey?

Nothing.  I miss The Bronx though. Even though I was born in Jersey The Bronx is home to me.  Lots of family there.  Lots of friends there. It’s the place that shaped me culturally and musically. My mother, who died the day I was born, is from there. It’s where my heart will always be.  That’s why I talk about it a lot.

Was the reason for relocation a musical one?

No.  A friend of mine had started a business making and distributing an all natural Icey packaged in a squeeze tube. After being laid off from a corporate job I helped him sell the product into the bodegas in New York.  My partner and I opened up just about every bodega as accounts north of 96th Street. We decided to take the operation out west. After a good few years out there, it eventually became unsustainable. I currently work in the cannabis industry.

How long have you been making records? What are some previous releases that you’ve had?

Been rapping since I was 12. The only thing I’ve released previously is a 4 song EP titled “Osunlade Presents Mr. Flip” in 2020.  The upcoming album, “Next Level Shit”, will be my debut album.

Would you say that being in the city of LA impacted the music that you make or does your style remain true to your early influences?

Definitely true to my early influences.  I don’t try to emulate or be like anything I hear out there.  I just do what comes naturally.

How did you hook up with Yoruba Records?

Met Osunlade a few years back at an after party for one of his gigs.  We stayed in touch because he was helping me with some spiritual growth stuff.  When Covid first hit and we were in the first lock down I decided I wanted to make music again so I hit him up and he gave me a chance. He didn’t even know I made music before then because I never brought it up. I was done with it. Covid changed that.  It had been ten years since I wrote or recorded anything before the EP.

What can you tell us about Hit Different?

Hit Different is the song that sums up the whole album and what we are doing.  There’s nothing out there at all in the market that sounds even remotely like what Osunlade and I are doing with my project.  It’s something new and fresh. Something different.  It’s all next level shit.

Tell us what the message is in the song?

It’s me putting the world on notice that we’re here and to get ready for everything that’s about to follow.  We have something special coming that’s we believe is going to change the game.

When you create a new track do you always start with the lyrics?

I write the chorus first.  The chorus dictates the verses. I don’t write to beats. I write to a tempo. We record the vocals to just a kick drum then Osunlade creates the music from there. He’s amazing.

In your opinion, who is one of the greatest rap artists of our time?

What do you think is one of the best lyrics or lines ?

“Y’all don’t understand me, still. I’ll never enjoy my success but my family will…”

Do you also sing? How is your singing voice?

Lol. I wish I could sing.  My singing voice is not very pleasing to the ear. I love singing though.  I can write melodies for others to sing. There’s a song on my album called “The Shower Song” about singing in the shower. The first line is “Water hits my face, I start hittin’ notes. Tone def and off key but I swear I’m dope”.  Lol. Definitely not a gift I was blessed with. Last line in that same verse is “Grammy winner in the shower but I’ll stick to rap”.

How involved are you with the studio production.

My only job is to write good lyrics and record them. That’s it.  Everything else is Osunlade. He builds the music around that. Uses my voice as an instrument for his musical compositions. He’s the engine behind everything entering your ears.

‘Hit Different’ comes from your forthcoming LP ‘Next Level Shit’. Can you give us the inside track on the album?

It’s exactly what it says it is.  My goal was to create something different that is unlike anything else in existence.  We accomplished that. I’m very confident in what I bring to the table as far as my voice, my delivery, lyrics, song writing ability, etc. Osunlade is one of the dopest producers on the planet. Put those two things together and you have some next level shit.

How long did it take to write and the produce it? When can we hope to hear it?

Not long. I probably took about a total of two months to write it. There’s quite a few songs I wrote and recorded that didn’t make the final cut. Osunlade is incredible. I’ve never seen anything like it. Like I said earlier, he records me to a kick drum.  That’s it. Thirty minutes later the song is 90% done. The speed at which he works without sacrificing quality will always amaze me.  He’s definitely special. I’m very lucky. Target release date for the album is end of summer. If we can’t get it out by end of August then it would probably be in September. There’s a lot of moving parts that affect that. It’s coming. Naturally, I want it to be out like yesterday but you know…

You have collaborated with the great Osunlade on this release. Are there other great artists you would like to collaborate with in the future?

I have everything I need here with Osunlade and Yoruba Records. My loyalty is here.  However, that being said, we’re open for business.  If it’s a mutual fit creatively and musically, please, by all means, reach out. At the end of the day, I just want to make dope music. Nobody in particular comes to mind at the moment. I’m sure those opportunities will present themselves at the appropriate time.

What else do you have in the pipeline?

I’ve started working on a follow up album already. Got about five or six new joints written and recorded.  Took a little break from that to focus on this release. I’ll get back to it soon. 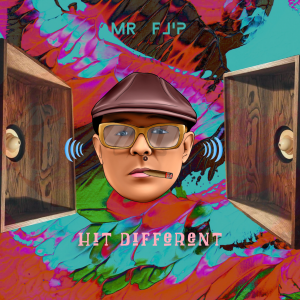