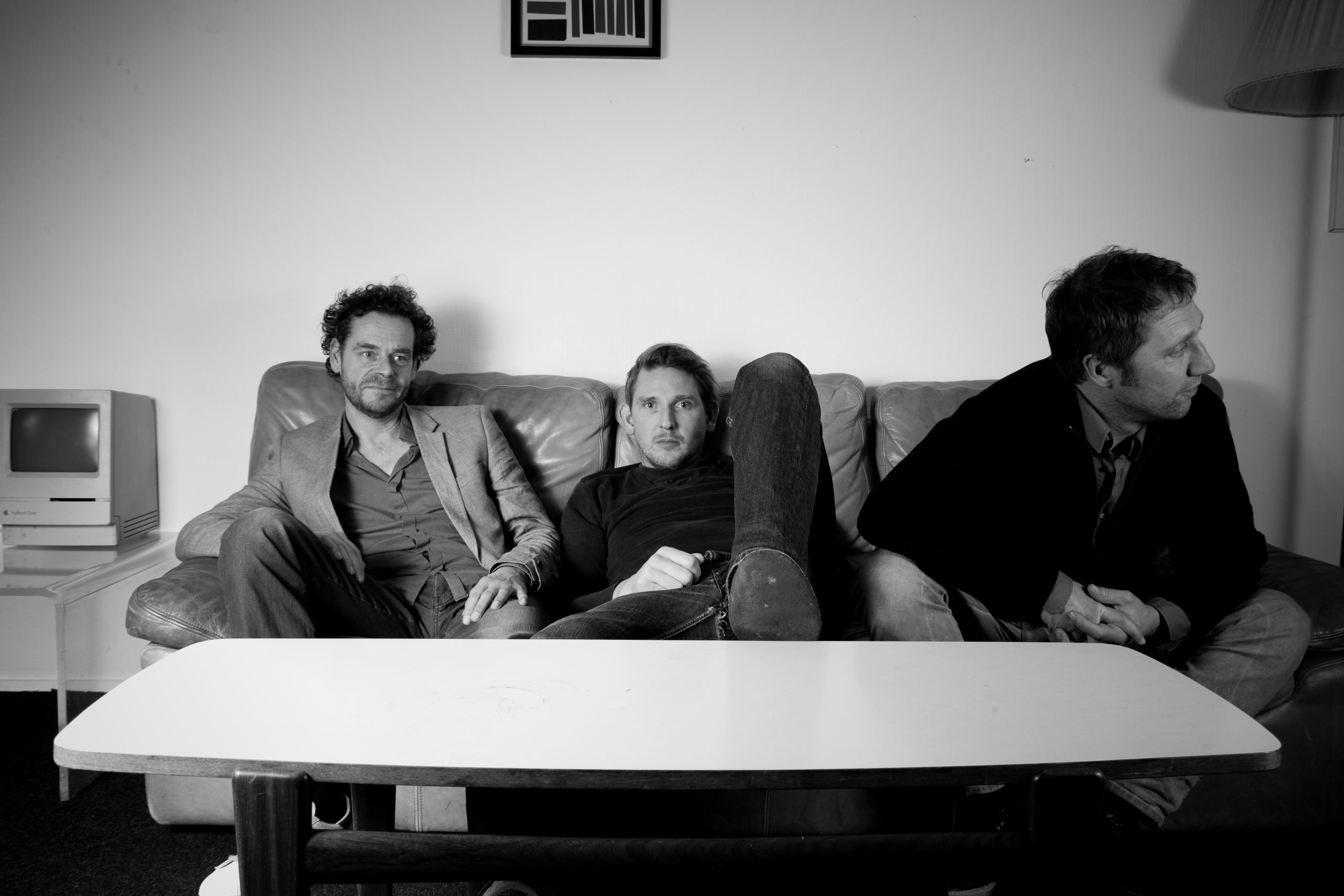 Over one year on from its initial release, Kraak & Smaak’s latest LP PLEASURE CENTRE eventually gets the remix treatment. For the occasion, Boogie Angst’s chief trio has gathered a cast of collaborators new and old and invited them to add their own distinctive spin to the album’s fifteen tracks. The result runs up to twenty-seven cuts split over two parts and features a hefty batch of unreleased, in addition to a solid base of remixes previously released throughout 2020. 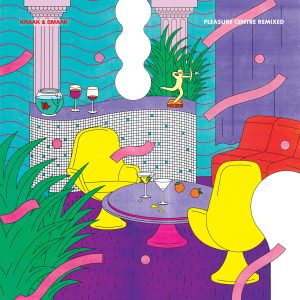 How have your guys been keeping yourselves musically motivated this last year?

Although most of our live shows and DJ sets were canceled or rescheduled last year, it didn’t totally feel like a crisis over here. Given the fact the we released our latest album Pleasure Centre at the end of 2019, we were up for making new original music again anyway, remixes, etc. In that regard, 2020 was a good year to find new vibes again and looking towards the release of new singles and a full album again. Plus the fact that our label Boogie Angst has kept us busy as well in the mean time, with a packed schedule of on average two releases per month last year. The only big pity has been that we weren’t able to perform Pleasure Centre material as much as we had liked to so far, which goes for the live band, but also playing out all the great remixes we commissioned and released since.

Your music always puts a smile on people’s faces. Is it your intention to always be upbeat?

Actually not, ha ha, it feels like we have become more ‘serious’ lately  But we understand what you mean as there always has been some sort of a tongue in cheek involved, right from when we started out. We aren’t the most ‘deep’ act, and never wanted to be anyway. This is not to say that we haven’t felt blessed with creating particular musical gems, but I guess that a certain breeziness is always present, even in the more darker tunes and songs.

If you had to define the sound of Kraak & Smaak, how would you describe it?

We hate this word, but I guess eclectic always works in our case. Not only in the range of styles and vibes of our output, but also in terms of combining the new and the old into something that is of the present-day. We have always enjoyed loads of different styles and genres, from jazz to new wave, from hip hop to funk and disco and from house and techno to indie pop, checking out and collecting vinyl for a long time. And while those references are always there, unconsciously, at the same time the end product always turns out to be typical of Kraak & Smaak, we hear that so often. It’s always good to know we are considered to be ‘originals’ in the musical landscape.

Talk us through the Pleasure Centre Remixed album concept?

We just love the act of remixing, so with new singles and an album we always try to get together a remixer set of personal faves, upcoming names and a couple of A listers (if possible of course) we like, either to breathe new life into a track, to try and reach other or new audiences, or exploring the possibilities of having a totally new vibe courtesy of someone else (sometimes resulting into a better version than the original, lol). And since our first album Boogie Angst, we have always compiled them into one release at the end of that particular album’s cycle.

Boogie Angst is your home label. Do you plan to release music by other artists on the label or is it purely to house your own projects?

The label has been functioning for about five years now, and over the years we actually already assembled and released quite a few other artists as well, from the USA to Germany and from Turkey to the UK and from Australia to Russia. Dutch producer Moods is doing particularly well, and we are trying to build a steady, quality output with both one offs and – hopefully – more albums in the long term for the artists involved. I guess it caters to the natural development of hearing other producers and musicians and wanting to give it a platform, whether for streaming at home or dancefloor-related stuff. Every once in a while we also try and put out a compilation album, showcasing the last period’ highlights – BA Edition Three has just been released last December.

We love the artwork on this album and the remixes. Who is responsible for it? What is the theme and story behind it? It’s very recognizable.

Big props to Canadian illustrator George Wylesol for this, http://wylesol.com/links/, as he perfectly laid down the mood we were looking for at the time. We ran into him via the LA label Vinyl Moon, and we we’re immediately struck by this suspense-like atmosphere he was able to put in his work. The result for Pleasure Centre, a sort of a 60s / 70s West-Coast interior still life was as perfect as it could be, with all kinds of indivual objects scattered across the room. Most of the the various artwork images for the singles were then directly derived from those objects again, giving the whole project a rounded-off and ‘whole’ feel.

You’ve attracted some incredible remixers on this project. Like Aeroplane, Atjazz, Fatnotronic. What is your process of deciding who you would like to remix your tracks?

Most of the time it just starts out with sending around names to each other and see of something sticks with all of us. Sometimes you already know beforehand which tracks and remixers would go great together, for example Atjazz & Say The Word, Yuksek & Sweet Time, etc. Other times it can take a bit of time to arrive at athe proper name, or you take a chance with one or the other, especially with upcoming, new acts. Above all though, we need to have a click with all of them, it’s not that we send it out to someone just for the potential exposure only.

What do you think you would all be doing if you were not involved in music?

Ha ha.  Probably best to think back to the stuff we used to do during our school days, or our first jobs. I’d imagine Makr working as a gardener, me taking meter readings for the electricity company and Ocar delivering packages for the postal service. I guess we made it!

What’s up next for Kraak & Smaak?

With the release of the ‘Remixed’ compilation we have come full circle with Pleasure Centre. And as already mentioned, we have been working on new original new material, new vocal collabs.. We’re really excited about the ones we have in so far and I think we’ll start dropping new singles from June onwards. Of course also hoping that we can start touring again real soon; it seems like we are now pulling ourselves out of the pandemic, so fingers crossed!