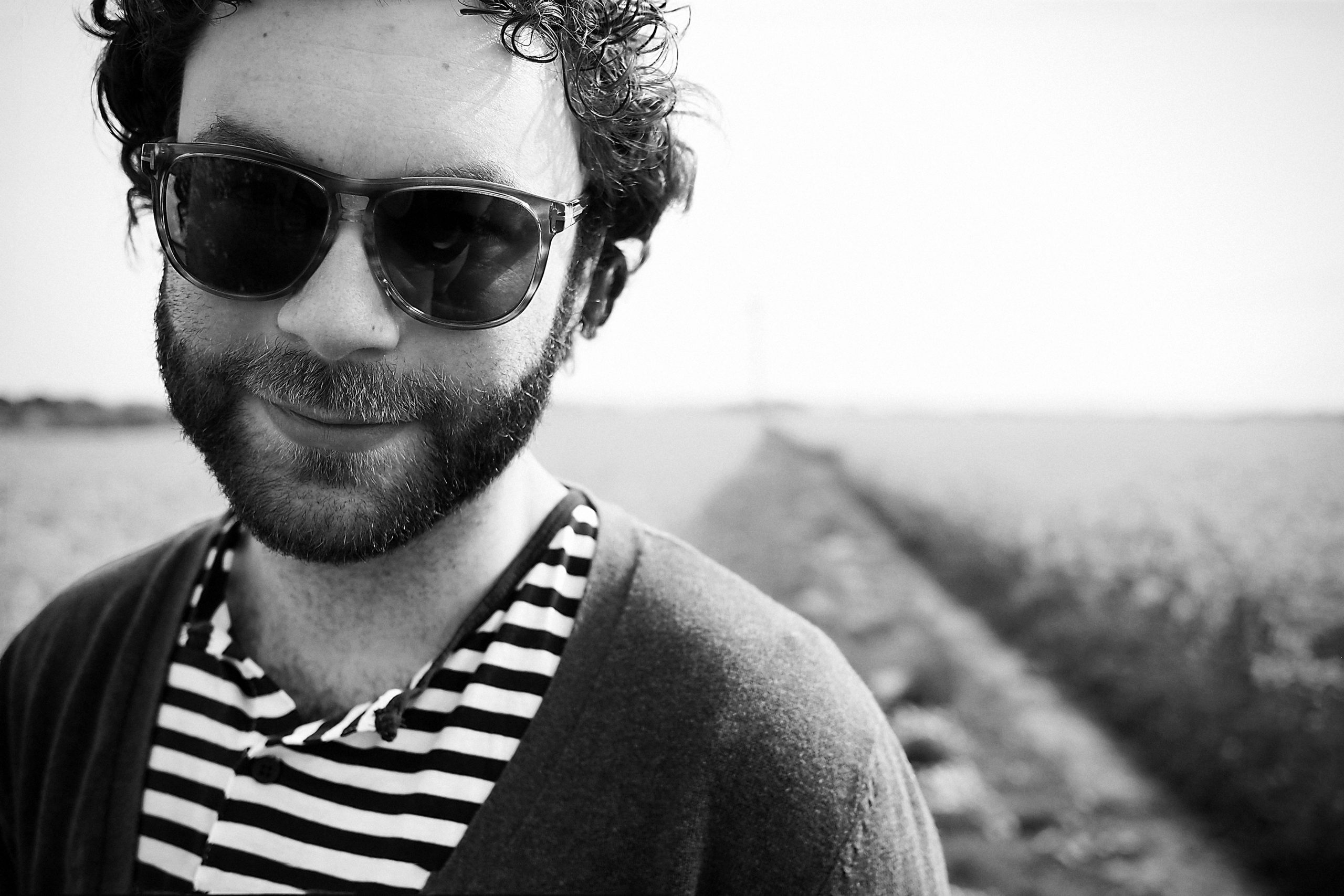 Dutch imprint Outplay was conceived in 2012 by Fouk duo, Daniel Leseman & Junktion (Hans Peeman).  Initially crated as a platform for their own productions, the sound focuses on the deeper side of house and disco. Outplay has had countless quality coups from Laurence Guy, Loz Goddard, Harry Wolfman, Cleanfield, Clive From Accounts and more recently Scruscru & Meowsn.

Junktion is from the South of the Netherlands, and he first burst onto the scene in 2013 on the now defunct Slow Town. He’s had outings on Times Are Ruff, Sleazy Beats, Razor-N-Tape, Rose Records, and Broken District, as well as his co-owned Outplay Records. As their prolific production duo Fouk grew to dizzy heights, Junktion took a back seat for a few, but he is back with a bang in 2021 with the first full Junktion release on Outplay since 2016 (Wide Awake), with four fresh cuts in the shape of the ‘Tributes EP’.

The A consists of two amped up disco house treatments with ‘Just A Disco Thing’ and ‘Real To Me’. Stomping kicks and heavy bass merge together with lashings of disco goodness. Flip it over to a more introspective aspect, where Junktion comes to light in the form of the understated funkiness of ‘I Got Somebody’, followed up by the delicious and dreamy melodies of title cut ‘Tribute.’ 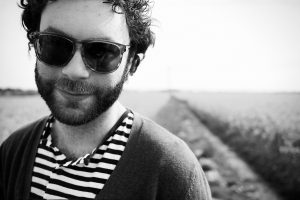 Junktion first burst onto the scene in 2013. He’s had outings on Times Are Ruff, Sleazy Beats, Razor-N-Tape, Rose Records, and Broken District, as well as his co-owned Outplay Records. As their prolific production duo Fouk grew to dizzy heights, Junktion took a back seat for a few, but he is back with a bang in 2021 with the first full Junktion release on Outplay since 2016 (Wide Awake), with four fresh cuts in the shape of the ‘Tributes EP’.  We catch up with him ahead of the release.

It’s great to talk to you again. How have you been this last six months?

Times are hectic! Trying to balance family life – that has picked up speed a lot in these last two years – and being able to spend focused time in the studio.

Where exactly are you at the moment and what are you up to today?

I’ve been setting up the studio space I have with Daniel Leseman, my Fouk buddy, and it’s still a work in progress but we’re getting there. Building the sound treatment ourselves, which takes time. I’ve been working on a lot of music for Fouk, we made quite a few remixes in the last few months and as a consequence time for my own projects are scarce.

Tell us a little about the city that you live in?

I live in ‘s-Hertogenbosch, which literally translated means “The Duke’s Forest”. It’s in the south of the Netherlands, about 1 hour from Amsterdam. I can imagine the name is unpronounceable for a lot of people outside of the Netherlands, so luckily you can also say Den Bosch: *Dan Boss*.  My family and I moved here three and a half years ago and we have been loving it! The city centre has a lot of historical architecture and canals, and it makes for a very warm and pretty atmosphere. The people are very open and welcoming, so I would recommend visiting when you’re in the Netherlands!

When the night scene is running, where is the place to go to listen to great music in your hometown/city?

In Den Bosch I have to say I haven’t been going out a lot there since I started living here. Part of being in that family life phase haha. But I’ve had a lot of good times at the Tramkade, a place with repurposed buildings where local organisations throw great parties. And I want to add that if you want to shop and listen to great records go to Doogan Records, great people, and very cool selections!

How long have you been making music as Junktion?

For quite a while actually, since the early 2000’s, if you also count the years I’ve made different styles of music before crystallising into what I have been making the last few years. Had the name Junktion back then as well, so I think that counts..

Who are the artists that you were listening to when you were growing up?

I went through different phases: starting with The Offspring, Greenday, Pearl Jam and even Sepultura, to Wu-Tang Clan (Enter The Wu-Tang) and all the artists associated with them. Then I started listening to a lot to what’s later been called French house like Daft Punk, Armand van Helden etc.  Later on, it became trance, trance, trance: early days Tiësto and Armin van Buuren, Chicane, the Thrillseekers. And I listened to a lot of the Global Underground comps, from people like John Digweed, Sasha, Danny Howells. You could say I’ve been listening to everything.

Funny that only later on I totally fell in love with the disco classics and the deep house sound.

What producers do you look to for inspiration today?

If you had to put the sound of Junktion on a bottle, what would be on the label?

You are also part of the dynamic Dutch duo that is Fouk. Who is Robin and who is Batman? What roles do you both play in this partnership?

Haha I like this question because there’s a little bit of ego involved;) The thing is that we’re very synergetic since we’ve been making music together for so long. We always get remarks from people that we’re like a married couple haha!

We start our projects differently each time, so the creative balance between each other differs each project. But in the end I would say I’m Robin. Daniel’s a wizard on the keys and while I can play, I wish I had his skills.

We are big DISCO lovers here as you know! Tell me.. what is one of your favourite disco records of all time?

That’s a tough one, because if you ask me the same question tomorrow my answer might be different: Gary’s Gang – Let’s Lovedance Tonight (Danny Krivit Re-Edit), the sax is heaven, it’s so soothing offset to the super groove of the Rhodes keys and bass. Eyes closed and dance like nobody’s watching! The flute parts are slightly on the camp side, but they grew on me hehe! Special mention for “Idris Muhammad – Could Heaven Ever Be Like This”, I even danced the opening dance at my wedding to this classic song.

The Tributes EP is full of quality beats. We are premiering ‘Real To Me’. What can you tell me about this track?

I made this track a very long time ago and I’ve been playing it in Fouk sets and it works really well on the warmed-up floors almost every time. Not sure why it ended up not being released, but for some reason I kept this one close to my chest. Now it’s finally found a place between the tracks on the EP!

What do you think are the essentials that make a record great?

Familiarity coupled with surprises, the reasons you love somebody’s music is when you really dig somebody’s “sound” it can be like a comfort blanket. That said I don’t like to get jaded, so a couple of surprises or curveballs mixed in give that nice jolt to keep your attention.

Is there a perfect record over time that you wish you had made and what it is?

Harvey Sutherland – Brothers, I still listen to that EP and it’s still such a strong one!

Where do you think is the best place to listen to the ‘Tributes EP’ and what should we be drinking?

I would drink a nice classic Old Fashioned to this, but I could drink that in any setting.

We wish you all the best with this mighty release! 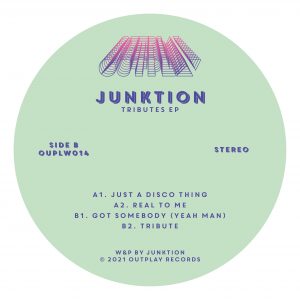