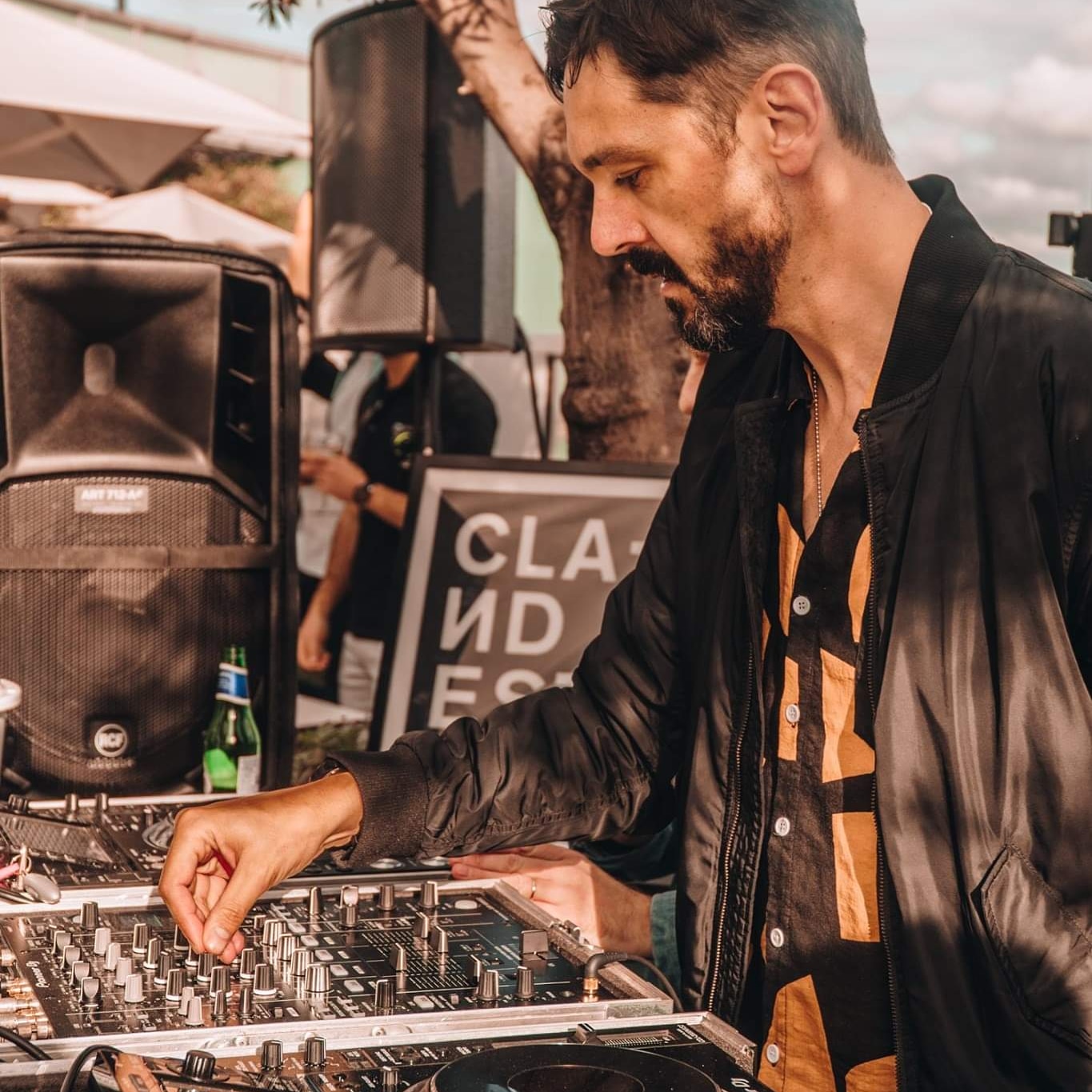 Joe Morris has carved out a niche for himself by offering up a multitude of alluring tracks that gloriously cover a range of moods. Gentle, melody laden and rich in atmosphere, Joe’s style is sometimes melancholic and often euphoric, yet forged in deeply emotive textures and musicianship. And so it continues with ‘Angles of Love’, a welcome outing on Brighton’s increasingly essential Higher Love Recordings imprint. Four tracks encompass Joe’s production mantra by deftly weaving together ultra deep spacey house music that infuses warm ambience and new age sonics. 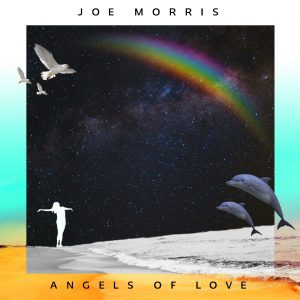 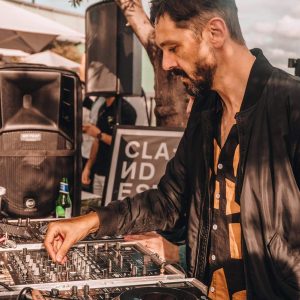 For our readers who are new to your name, tell us where you are from and where you based Joe?  I’m from Lancashire originally but defected across the Pennines to West Yorkshire when I was 21 and so I’ve spent most of my adult life in Leeds where I’m still based.

Have you been at home this last year? How has that been for you? It’s been mostly fine all things considered, if a little boring. We have a two and half year-old boy and thankfully he’s been able to continue going to day care otherwise I’m not sure how we would have balanced working too. I take my hat off to all the parents that have been dealing with home-schooling. So, we’ve mostly bumbled through in much the same way as before apart from working from home. Right at the start I got COVID which knocked me out for a week, but it was mild, and I recovered quickly. Having all the things that we enjoyed taking our son to taken away has been the worst thing for us really.

How long have you been making music? I’ve been messing around with drum machines, keyboards, and basic music production software since the late nineties, but I only started to get serious with it around 2007/8. I had some friends who were established music producers and sound engineers and I got to spend some time in a proper studio to learn the basics, and from there I’m pretty much self-taught.

You’re a DJ too as part of the Clandestino collective. What can you tell us about this? Well, Clandestino is just an excuse for three old friends to get together and play records to anyone who will listen. Over the years we’ve had a myriad of pursuits, a podcast, radio show, record label and of course sporadic parties. We became too busy to keep all those plates spinning but do throw the occasional party and DJ together when we can. During this enforced pause however we’ve all focused on our own individual projects but I’m looking forward to hopefully being able to do some gigs together this summer. We just announced A Love from Outer Space party on June 26th which will be the first ALFOS following the Pandemic, which if all goes to plan should be a very special night.

Would you say that as a producer you have a particular style? I guess so, though I’m not quite sure how I would describe it. I seem to be drawn to quite a soft musical palette and my tracks can often have a melancholic tone to them while still being quite uplifting. There’s perhaps a certain retro feel too, particularly with the club tracks since I tend to look back to the music that forged my tastes in my formative years for inspiration.

When you begin a new track, do you have a production process that you follow? It depends on what I’m setting out to achieve. If it’s something for the club, I’ll lay down a rhythm track and a bass groove and see how things develop from there. If it’s something more chilled, then I’ll play around with some synths and pad textures and when I hit upon something that feels emotive the song tends to grow organically. I know there are producers who set up templates and processing chains to ease their workflow, and that does help create a signature sound, but I’ve always tried to avoid that as I think there’s a tendency for your tracks to become samey and stale. I almost make it hard for myself when starting on something new, that way I usually end up with a track that never sounds the same.

Higher Love Recordings are hosting your release. What can you tell us about the label? Mike who runs the label has been extremely supportive of my music over the years and so when he started his own label, I paid attention to what he was putting out; I’ve liked all the releases so far and I like the way he packages and promotes the music. I just thought when I had some tracks that might fit what he was doing with the label I’d send them to him. He liked them and signed me up so here we are.

What was the inspiration for this new EP? The EP was written at the height of lockdown 2.0 in November when the mood was grim and despondent so there’s definitely a melancholic, slightly mournful tone running through it.

Talk us through the tracks on this release. I think ‘Moments in The Snow’ was the first track I recorded for the EP. It was called something else for ages then it snowed quite heavily, and the falling, twinkling keys sequence in the track makes me think of walking through crisp snow in a dark forest as snow gently falls so that’s where the title comes from. ‘Subaquatic’ is kind of the opposite in that it has a much warmer feel and a tropical kind of atmosphere, yet the vibe is still pretty languid. I then realised I didn’t want all 4/4 tempo beat tracks on the EP so that’s where ‘Solina’ comes in. It has a broken beat structure, but I love the bass part on this. I played that part only once on the keyboard and it sounds really funky as though it’s played live on a bass guitar. The sample is from the Apollo moon landing radio chatter. So, I then had three tracks that were all quite downtempo and not strong enough for an EP and that’s why I wrote ‘Angels of Love’. It’s more of a straight-forward up-tempo house track for the dancefloor, but I do think there’s a coherent theme with each track that ties them all together.

The word Balearic can be overused. What is Balearic to you?  What’s the real story of the Balearic movement? You are right, it absolutely is overused. So much so that frankly I’m sick of seeing it. It’s not a genre of music, it’s an attitude and a feeling. The problem is though you can’t argue with someone’s feeling about what’s Balearic and what isn’t; so, no one is right or wrong. Obviously, the original Balearic movement came from what Alfredo, Leo Mas, Jose Padilla, and others were playing in Ibiza in the mid-Eighties but all that took place nearly 40 years ago so of course the movement has adapted. Alfredo and Leo would play banging acid tracks next to French pop records in Amnesia while Jose would play more mellow, cinematic records next to jazz and reggae at Café Del Mar and both situations were Balearic so for me, it’s about how you frame the moment. You don’t have to be playing chill out music as the sun goes down in Ibiza to play a ‘Balearic’ set, but it does have to capture that original, eclectic spirit.

Is there any album you’ve bought over the last year that you would recommend? What is it and why? I’m not much of an album guy anymore and I really kick myself for it because I often see something recommended that I’ve missed and I’m sure will be up my street. I know it’s said that albums are dying out in an age of streaming and Spotify playlists so perhaps there’s something in that. Most of the albums I listen to these days are ones I enjoyed whilst growing up that I still go back to. That said I did really enjoy Roisin Murphy’s album last year, a wonderful contemporary disco record with lashings of sleaze. She’s great.

What have you got coming up for the rest of the year? I’ve written a bunch of new music over the past six months which I hope will see the light of day before the end of the year. In addition to that I have a remix for Max Essa out soon on Barcelona based Balearic Ensemble Records. In April I will release a new EP on my Shades of Sound label from Luca Averna, a talented Venetian artist based in Ibiza, and I’m working on a new collaborative project with James Bright who I’m a big fan of. Aside from the music I’m just really looking forward to being able to see friends and family again and hopefully get back to living a normal life!

What’s your top tip as we come out of lockdown? In terms of the musical and clubbing landscape to which I’m a part of, I really hope people have used this time to re-calibrate what’s important and that when everything opens again there is a new focus and spirit of community, and more of a DIY ethos around throwing events and parties.