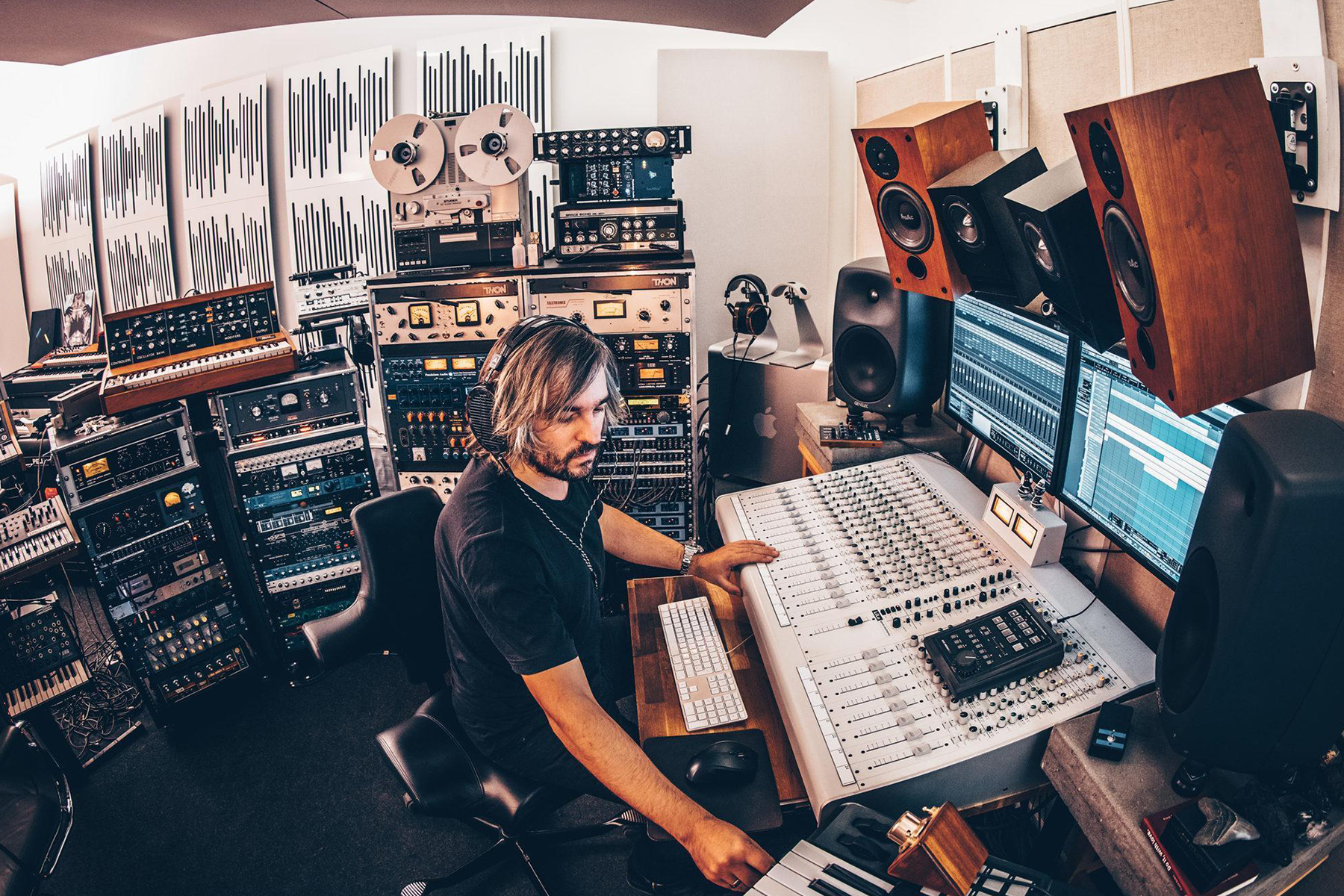 Bieger is renowned for his track, ‘A Million Souls’ on Bedrock, as well as being one of the first people in the world to own a Moog system 35 Modular Synth, which features heavily in this album and lends it such a singular and space age feel. The album comes after some high profile EPs on the likes of Poker Flat and Flying Circus and features lead single ‘Poem for the Planet’ with acclaimed U.S. poet and vocalist Ursula Rucker. That track has a strong social and environmental message and arrives in tandem with World Environment Day on April 22nd, with proceeds from the track being donated to land repatriation and tree-saving projects through justdiggit.org and treecreds.com.

Bieger’s fascination with volcanoes and geological activity is explored in this beautiful body of work. The title “Pele” is name of the goddess of volcanoes in Hawaiian religious mythology, and Hannes continues with this concept throughout the album. A deep, rumbling and almost meditative work, this album evokes feelings of majesty and brings to mind images of ever flowing magma in the bowels of the earth. Sometimes erupting in spectacular ways throughout.

Check the premiere of ‘Semeru’ off the Pele LP, and learn more about the making of the album from Hannes Bieger himself in our exclusive interview below. 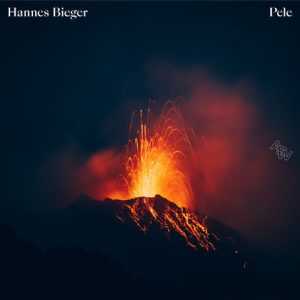 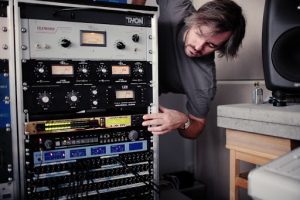 Can you tell us a little bit about the creative process for this track “Poem For The Planet”? Was there anything unique about the production process in this one compared to your other productions?

The whole album is a bit different than the other stuff I’ve been making lately. Awesome Soundwave asked me to do two things: Deliver a whole album, and they wanted long tracks. While I was flattered, it sounded daunting at first, and I thought there was no way I could come up with anything worthwile, much less in a resonable time frame. But as soon as I started working on it I noticed that those two objectives were had a liberating effect on my writing and production process. Suddenly I was in a mood where I was able to think outside the boundaries a typical 7 minute prime time banger EP track would impose.

In keeping with this, „Poem For The Planet“ has become a 12 minute piece, which allows me to build up and wind down the tracks with a lot of time. One aspect I like the most about Techno is its hypnotic nature, and this can really play out when you allow a track to breathe beyond the confines of a standard EP track. In  addition to that, most synth parts on the album I have recorded in one single pass from the beginning to the end, and many of them are first takes as well, with as little editing as possible applied afterwards. So the whole album has a very organic feel to it, a spontaneity and a physicality that sometimes gets lost in modern computer based production workflows.

The lyric play is very deep and indeed poetic.  Can you talk at all about the meaning behind the word play in the track?

Ultimately Ursula would have to answer this question herself, as I have too much respect for her to speak about this on her behalf. But what I can say is that I have been in love with ther outstanding, unique art since I first listened to her around 1998. „Loveless“ by 4hero was the first time ever I heard her voice, and I’ve been dreaming of a collab with her ever since. This album finally seemed to be the perfect moment to get in touch with her. I didn’t want many vocals on the album, in fact this is the only vocal track, which in a way makes „Poem For The Planet“ the centre piece of the album. When we started discussing the project, I literally wrote her I’d trust her 200% with whatever lyrics she would come up with. You don’t ask Ursula Rucker for a collaboration when you’re not keen to find out what she has to say. Generally lyrics are very important to me, and I’ve always admired Ursula for writing so beautiful, brutally honest words. The topic is something I think we all can relate to. We live in quite precarious times, with many political and environmental issues on the rise on a global scale, and we need to deal with them for the sake of our planet and future generations. There is so much at stake, and I’d like to think that a „Poem For The Planet“ might help lift the morale of those who care….

You quite often use some pretty legendary instruments and machinery, most notably the Moog Modular system.  What specific gear are we hearing in this track that’s most notable to you?

Generally speaking, there are only analogue sources on the album. „Poem..“ is a good cross section of the setup I’ve been working with for the whole piece. To break it down quickly: The flute-like arp that comes in later in the track was done with the Moog Modular, also some of these tough bass stabs that play throughout the whole piece. The Arp 2600 I used for some noise percussion with its built in spring reverb, and also for some synth effects and stabs. The big chord was done with the Roland Juno-60, and the bassline I have recorded with the Roland System 500 modular. This, by the way, was a first take too – I loved the raw, gritty nature of it that sometimes goes overboard, and I just kept it as it was, without any edits. Then I used the Moog DFAM for the 16th note noise hihat, and the Minimoog for the lead sound that comes in later in the main part.

Can you tell us a little about some of the other tracks on the album?  How do these all complement on another as a whole release?

I have always been an album guy, and although this is already my fourth album, it’s the first one I’m not releasing with an alias, but as ‘Hannes Bieger’.  A Techno album only consisting of peak time tracks would be a bit boring for me. I wanted to seize the opportunity to really develop a sonic landscape, to take advantage of the album format and create musical arcs that might maybe be a bit too daring for an EP. With the exception of the one ambient piece all tracks can be played in a club, but maybe they require a special moment, they probably aren’t DJ tools for every night. But in turn the album can take you on a trip when listening to it all the way through, and I can speak from experience that it’s a wonderful soundtrack for a night drive. At this time I can’t really tell how it will be perceived out there, because it’s so different from what I’ve done before, but this is a beautiful feeling. I’m in for a surprise, hopefully a nice one!

Anything cool coming up in the near future that we can look out for?

I was really busy in the past months, there is a lot of music coming in the next ones. I have produced an alternative version of „A Million Souls“, which will be released in spring. There is another Bedrock EP in the pipeline, and I also finished another brand new collaboration with Francesca Lombardo. On top of that there are two more EPs ready to go. I just debuted my new live set program with all the new material during a show in London, and I got nothing but wonderful reactions on the new tracks. I can’t wait for all this to unfold, to finally be able to share them with a greater audience!