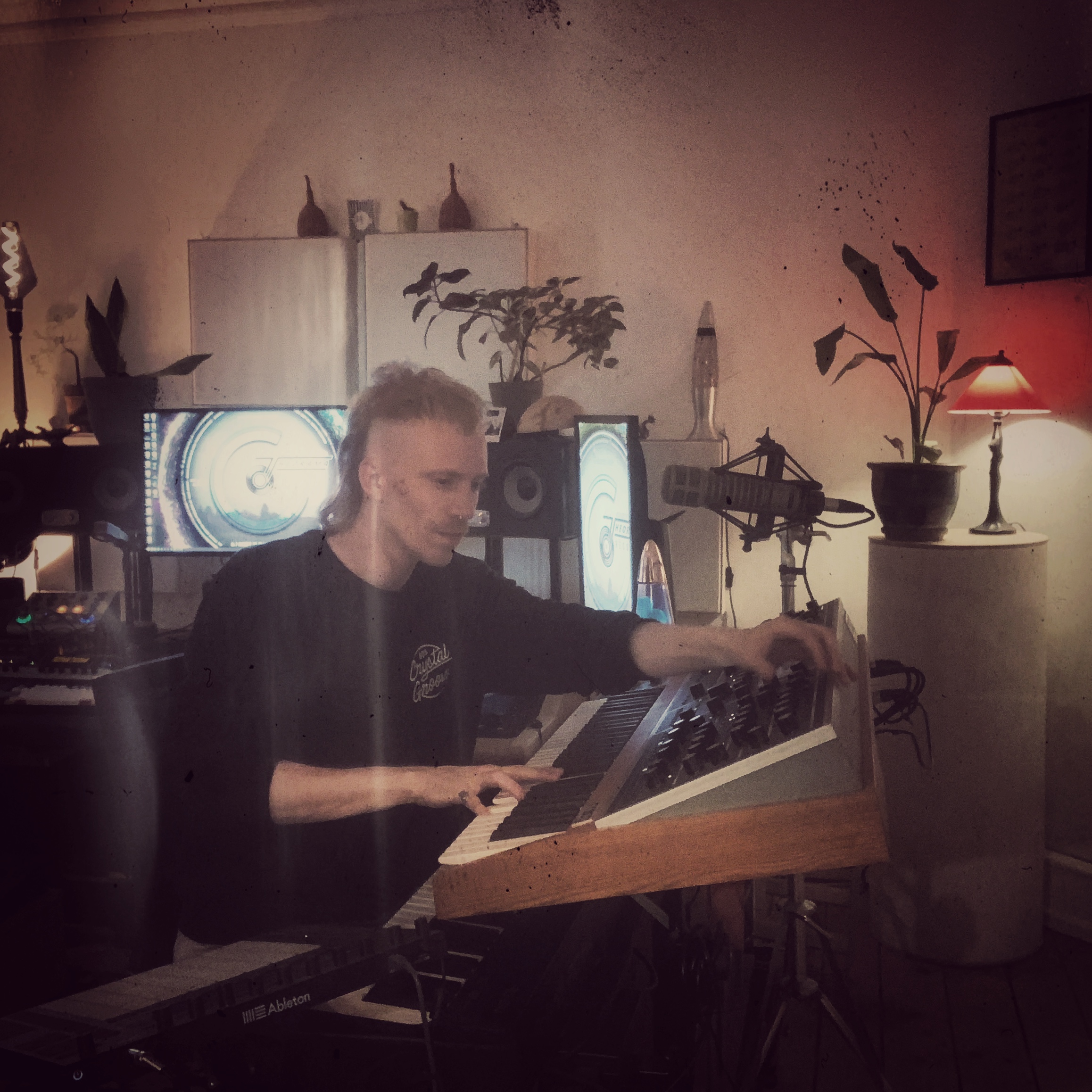 It’s a pleasure to present to you this release by Copenhagen-based musical adventurer Ground Plane Aerial, who returns with the latest instalment under his recently birthed moniker – this time launching his very own Theorama label project with a typically expressive ‘Elusive Maneuvers’ EP.

Ground Plane Aerial is the latest incarnation of the mysterious man behind the highly regarded Paxton Fettel project. With countless releases under his belt on much respected labels – including Delusions Of Grandeur, Kolour LTD, Apersonal, and regular home Greta Cottage Workshop – the new nom de plume is an exciting new vessel from where he intends to advance his odyssey into house-inspired jazz-funk futurism. Fresh from inspired releases and remixes on Apparel Music and Tensnake’s True Romance, his latest offering is every bit as striking as we’ve come to expect from the maverick producer.

The lively tempo, dramatic stabs and elegant musicality of ‘Ethereal Drop’ render it an esoteric classic in the making. Guitar picks burst into life over lush pads while synth arpeggios meander across the panorama. Rich with intelligent musicality, the arrangement ebbs and flows blissfully before eventually disappearing into evocative violet skies. ‘Magik In Fuck Off Major’ belies its cheekily confrontational name, as intricate layers of jazz-tinged keyboard licks make way for delicious chord progressions. The crisp rhythm stealthily builds before a deviant funk-fuelled synth line joins the action to add a freakish intensity to the delightfully distinctive cut. Simultaneously detailed and spacious, the music overflows with originality while retaining a floor-focused edge. 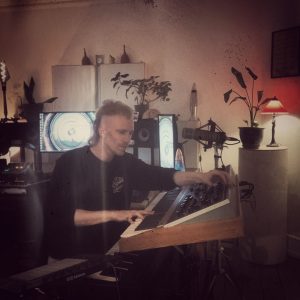 Please introduce yourself to our readers.
Hi. My name is Theo. I’m 33 years of age and a music lover first and foremost.  I’ve been playing music for most of my life and producing for the last 15 years or so. I’ve been taking a few years off to improve my craft and delve deeper into the scientific part of music, as well as work a bit with the why’s and how’s in general. I used to make music under the moniker Paxton Fettel, which someone might remember. But for various reasons, it was time to move on.

Tell us where you’re from and where you are now?
I was born in the countryside of Denmark in a very rural and remote area, but moved to Copenhagen 12 years ago. Right now, I’m sitting in my apartment, or my studio. Well, the place where I live which is mostly a studio but also my living space.

What are you looking forward to most this summer?
Not having dangerously low levels of vitamin D, the social aspect and not freezing. And of course, the return of our beloved clubs and concert venues. It’s been a very rough time as a producer and musician during this pandemic, so a bit of relief is incredibly welcome.

Talk us through your new EP a little.
My new EP is the first part of 4 for this Ground Plane Aerial album. Three additional two trackers are bound to be released in the next 10 months or so. The focus is on making music just the way I like it. I have been working hard on stripping myself from external expectations, to focus on exactly what I want.

I’ve spent many years on understanding how to create a sound that I find interesting and authentic. Both in terms of learning to play instruments a certain way, but also in terms of production and in getting the right equipment to make these sounds possible. One of my biggest goals has been to eliminate any sample use from my music. I never felt the music was mine when I borrowed stuff from other musicians. It lacked a feeling of accomplishment, which is the biggest reason why I make music these days. In tandem with my own personal growth and progression in life. It felt natural and necessary to throw away the crutches (samples) in order to be completely free in terms of the energy I am channelling.

Do you have a particular production process that you follow?
I try and mix things up all the time, so I won’t get stuck in a loop of making the same (in the comfort zone) music all the time. Starting with the guitar often results in a different type of music, compared to starting with the drums or the keys. Sometimes it’s a groove, sometimes a chord progression, a melody or something different that kicks off the inspiration for a piece of music.

Talk us through track Magik In Fuck Off Major in a little more detail.
This track in particular started a Wurlitzer/Piano jam I was playing around with for quite some time. I loved the sound I had achieved, and the way the different harmonic elements worked together. It just really inspired me to make something soft and subtle yet ultra-funky and danceable. Music that makes me move. The composition has inspiration from both club music, jazz music and classical music, but seeks to blur the lines and make something fresh and new.

Who would you love to see playing this music?
Would be cool to see a band play this music live, and even cooler if I was in it too. It is a dream, however there’s a bit of a paradox considering most dancefloors have no stage. Mostly a small DJ booth where you can hardly fit any instruments or equipment. Dance music is generally poor in that regard, it limits itself to people with controllers and a few techno machines. I would love to see more adaptations in live electronic music that is super danceable and funky.

Where is the ideal place to listen to it?
On a dancefloor with all your friends, maybe in your car while driving into the sunset. I always try to make music. An example could be the “DJ” intros. While they serve a purpose, I don’t know anything as uninteresting as a DJ friendly intro/outro. It seems very uninspired to me. So, I always try and hit a balance of both working on a dancefloor, as well as on a home stereo.

What was the last record you bought?
I randomly found this 7” El Coco disco single called Love Exciter at a 2nd hand shop in Nørrebro in Copenhagen while hanging out with my good friend Johan (Shatter Hands). (He’s an incredible producer if you’re into beats and jazz and hiphop). I haven’t been buying much the later years, I already have a lot of the disco records I love and adore from the past and the need to buy contemporary music dwindled with the lack of cashflow during the pandemic.

If someone wanted to get to know your taste, what album should they listen to?
Ouuuuh, that is impossible to answer. I have a very broad taste. I recently listened to 10000 Days by Tool, which is a classic in my book. But before that it was Gil Scott-Heron’s ‘Pieces Of A Man’ and before that Sault’s “Rise”, right now Gustavo Cerrati’s ‘Bocanada’ is blasting through the speakers. There’s good and bad music in every genre. It’s finding the good stuff which is the hard part.

What artists have you got your eyes on at the moment?
Anna Wall’s new ambient label Dream Theory. French mega talent Theos. Local hero B From E also pops up constantly, he is a true explorer of all kinds of music and has my biggest respect. Iner, Sune, Daisybelle, Cinthie, Lis Sarocca, Black Loops, Youandewan, and FIO’s Veranda Culture have also been frequent on the stereo.

What are thoughts on Spotify positive and negative?
Spotify is such a double-edged sword. It has the power to be great, but without regulation it is just another way of making the rich richer. If they changed the concept so it wasn’t about how many plays each artist has and added diminishing returns to the amounts of plays it could be fair and an awesome platform. As for now it is a necessary evil, because it is the easiest way for the consumers to consume our culture. And that has, whether you like it or not, become the main purpose of culture – to be consumed like any other piece of trash manufactured out of the bones of a dying world, to quote Terrence Mckenna. The whole streaming service game has constantly diminished the value of our art and keeps doing so. The owners are already billionaires, and quite frankly for what? It requires a united front against this type of type of systematic abuse of our art and its integrity, but money talks, bullshit walks.

If you could change one thing about the music industry, what would it be?
That all the people who are here for fame and status would find another job/hobby. And that all the rich and famous artists/DJs would care less about getting big villas and more about paying back some to the communities and underground movements who shaped them when they were nothing. The music that is listened to the most, is rarely the music that is there to push the boundaries of what music can do, or to inspire the next generation of artists, not that music is solely a product meant for mass consumption.

What is the best musical advice you’ve ever been given?
Keep Practicing. Always, never be satisfied, always find new things to learn. Always be curious.

What do you have in the pipeline?
Music and loads of it. First, I’m releasing the aforementioned eight Ground Plane Aerial Tracks, but I also have a Jazz/funk/soul/pop project, and ambient/soundscape/field recording project and a dub/techno/house project on the way. All to be released through Theorama Records over the coming years.

Is there anything else you would like to tell us about you.
I’m playing my first Ground Plane Aerial live concert in Copenhagen 2nd of September at Culture Box.  Just me, all my music, 2 keyboards, my bass guitar and a few other machines. It’s the biggest live project I’ve ever attempted to pull off and I hope to one day share this experience with even more like-minded funky people around the globe.

Thank you for taking interest in what I do. It is greatly appreciated and thank you to anyone who would wanna check out my stuff after reading this. 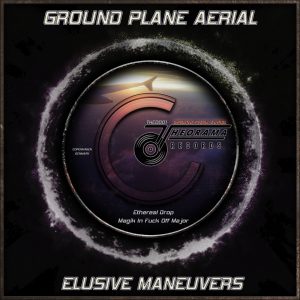