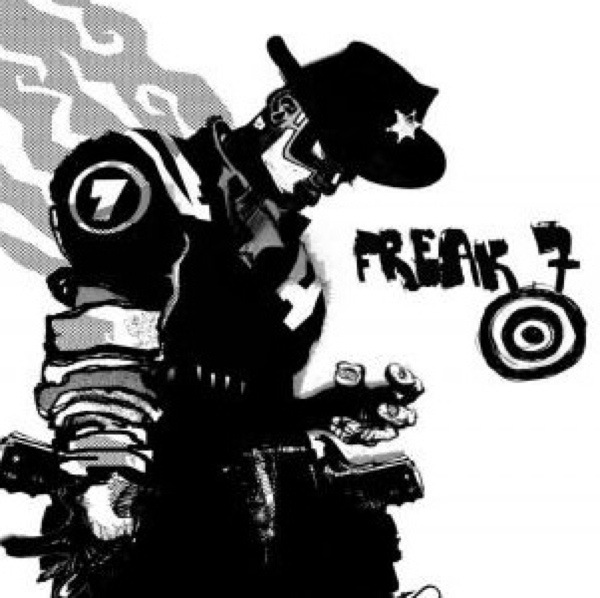 Freak Seven was born when one of his friends, Dan Keeling, asked him to do an EP for his newly formed New Religion label.  Nav has since had releases on Rush Hour and 20/20 Vision, with remixes for Tiga’s Turbo Recordings and the Zenker Brother’s Ilian Tape.  With fans in the shape of Rainy City’s Irfan Rainy, Dave Clarke, James Holroyd, Mr Scruff, Louis Vega, Dan Keeling, Luke Unabomber, Sebo K, Paul Woolford, Anthony Shakir, Jamie Reynolds, and the late great Andrew Weatherall who ended his four-hour set for Primal Scream’s birthday party with Freak Seven’s ‘Nano Kids.

Northern Life Records are proud, and a little dizzy with excitement, to present Freak Seven’s debut long player ‘Ya Bosmang’.  After a ten year hiatus, Freak Seven recorded and mixed this album in Manchester during 2019-2020. This ten tracker runs a little over fifty minutes with its musical roots treading dark dubby waters, Manchester warehouses and Detroit Electronica. 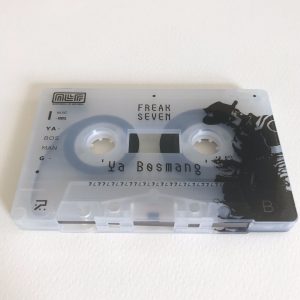 Thanks for talking to us today, Nav. How have you been keeping this last 18 months?

I’m well thanks. I think life has been strange for everyone during the pandemic and certain things have changed, some for the better, some not, but on the whole life is good.

So, you’re up in the rainy city of Manchester. Are you a Manc through and through?

Bred not born. My parents came to Britain in the 60’s and settled in London. I was born at May Day Hospital in Croydon. And then my parents had some friends in Manchester, so they decided to move here. I was very young around two years old.

We are talking today about your new album under your Freak Seven moniker, but we know you as Sasso too. What are the musical lines that define Sasso and Freak Seven?

Electro. Hip Hop. House. Techno. Funk. Jazz. These lines are common in both my monikers, and I guess Sasso/Freak 7 are the two sides of my personality, but there are common styles and vibes in both of the projects – drum machines, synths, a blue note.

Do you think it’s tricky to make different styles of music under one name then?

If you’d asked me that question 25 years ago the answer would have been a definite ‘yes its tricky’. But nowadays people are less concerned about genre and the lines that define a genre. And as a listener I find it a lot more interesting when a music maker can flex outside of their boundaries.

Freak Seven! My first love was Electro and then Detroit Techno and Chicago Acid/House came, and I was blown over. It was so futuristic to me at the time. And I wanted to make similar music. Completely electronic but trying to inject a little human warmth into machines. I started buying music gear and I was totally immersed in the technology. Drum machines, sequencers, synths, arpeggios etc. Sasso came out a few years later when I started to collaborate with musicians and  musically started to listen to a lot more band-based music. So, Freak Seven was around but I think Sasso actually had the first release. in the form of Black Soldier. And if you have a listen to the darker mix of Black Soldier, I think you can definitely hear big elements of Freak Seven.

How did Freak Seven begin? What was your first release?

I used to go regularly to a techno night in Manchester at the Music Box called ‘Drama’. It was run by a group of friends around the mid 90’s maybe. Irfan Rainy was a resident and also one of my friends Dan Keeling. It was a great night playing pure electronic music. A couple of years later Dan set up a label called New Religion and he asked me to do an EP for the label. So, I guess the first release was on New Religion in 2003 called ‘Pitch Black’.

Are you an old-school hip-hop head then?

Absolutely. The hip hop that I liked more than anything was the more electronic stuff, so anything and pretty much everything by the king of the beats, Mantronik. He was using Roland TR808’s, TR909’s, TB303’s way before everyone else.

As Freak Seven, what other labels have you released on?

Not that many as it goes. New Religion, Rush Hour, Leeds’ 20:20 Vision. Did remixes for Ilian Tape, Turbo and Creme Organisation.

When was the last release out by Freak Seven?

What have you been doing in that time?

Grown up stuff like buying a dishwasher and making children.

You have quite a reputation on the UK underground scene. How have you been spreading the word over the years?

Ahh that’s kind of you to say. To be honest I’m not very good at marketing or pr or self-promotion. I just try to write good music and hope that someone else likes it!

What was your involvement in Rainy City Music?

I used to hang out at their studio which was based in New Mount Street. I did some writing with them on a few earlier tracks and mixed some tunes. It was a collaborative effort. Great fun those days. The studio was in the basement and then we’d go to the third floor and get an acetate done by Pure music and then walk over to Sankey’s Soap to Bugged Out where my mate James Holroyd was resident, and he’d play the tune! I also did a little track for one of the Rainy City 12’s called ‘Mars Probe’ which was all done on a Kurzweil K2000 and recorded directly onto cassette. It was a nice little groove which the late great Phil Asher licensed for one of his compilations, Now Hears The Future.

Tell us a little about your label – Northern Life Records.

I set it up a few years ago to initially release my own output under my Sasso and Freak Seven monikers. So, I have released the Sasso LP and now this Freak Seven LP. Over the next eighteen months I have a few vinyl releases penned in and some releases by other artists. Should be interesting!

Where does the title ‘Ya Bosmang’ come from? Sounds like there’s a funny story there.

Ah no – I’m a big sci fi fan and it’s what the Beltalowda’ s say to say ‘ok’ or  ‘yes boss’. It’s from a series called The Expanse. The Beltalowdas are the working class, the oppressed, the marginalised and I can relate to them – they have their own patois which is very interesting. You should check it out. It’s very good.

Is there a concept to this album?

No, not at all. I wrote around seventeen tracks and picked the ten that are on the album. Some of the other tracks that didn’t make the album will be released as b Sides – the b sides were always my favorites!

You talk about the album treading the dark and dubby waters of Manchester warehouses. Sounds like the city has a very specific sound and feeling. Why do you think that Manchester has such a strong vibration?

Its multicultural, it has a strong socialist culture, its relatively small so collabs are easy and for the most part it is very open minded and supportive. Back when I first started clubbing it had some very cool clubs and house parties. I remember going to a house party in a huge house in Didsbury. There were a few different DJs in different rooms. I ended up in the room where the Dj was playing house music, one guy dancing all night on his own in there – the lone dancer turned out to be Barney from New Order. But then clubs went through a shit period, they got blingy, expensive to get in, dress code all that crap. But now there are some very underground cool parties happening again at places like the Peer Hat, Hidden, The White Hotel. So, all of those things combined give Manchester a very strong vibration.

You are doing this through Bandcamp. I see you are doing an old school cassette with hand printed inserts. What’s the story on this?

I started listening to some of my old cassettes again and recently bought a four-track recorder to get some analogue goodness into my recordings and then I thought why not release the album on tape? It’s quick to manufacture and is a physical product. So, I decided to do a limited run-on cassette and I was talking to a friend of mine Andy Diey about it. Andy runs a very successful sound design company called Radium Audio down in Bristol and he said I can do that for you! So, he designed the packaging and layout of the tapes and came up with some very cool ideas with the inserts and the foil wrapper.

The album closes with ‘Drop It’ which sounds like it was made in Detroit. Was it your intention? Or did it just happen?

That track was started on an old Ensoniq ASR10 sampler and sequenced on an even older Akai ASQ10 sequencer, so I guess it had a certain sound and feel to it from the get-go, reminiscent of Detroit. So, no it wasn’t intentional it just kinda worked out that way. I really like that track!

Thanks for your time mate and wishing you all the very best with the album! 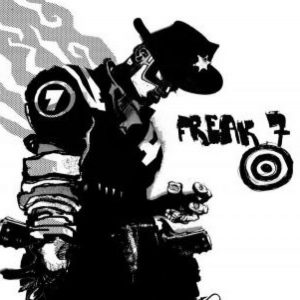