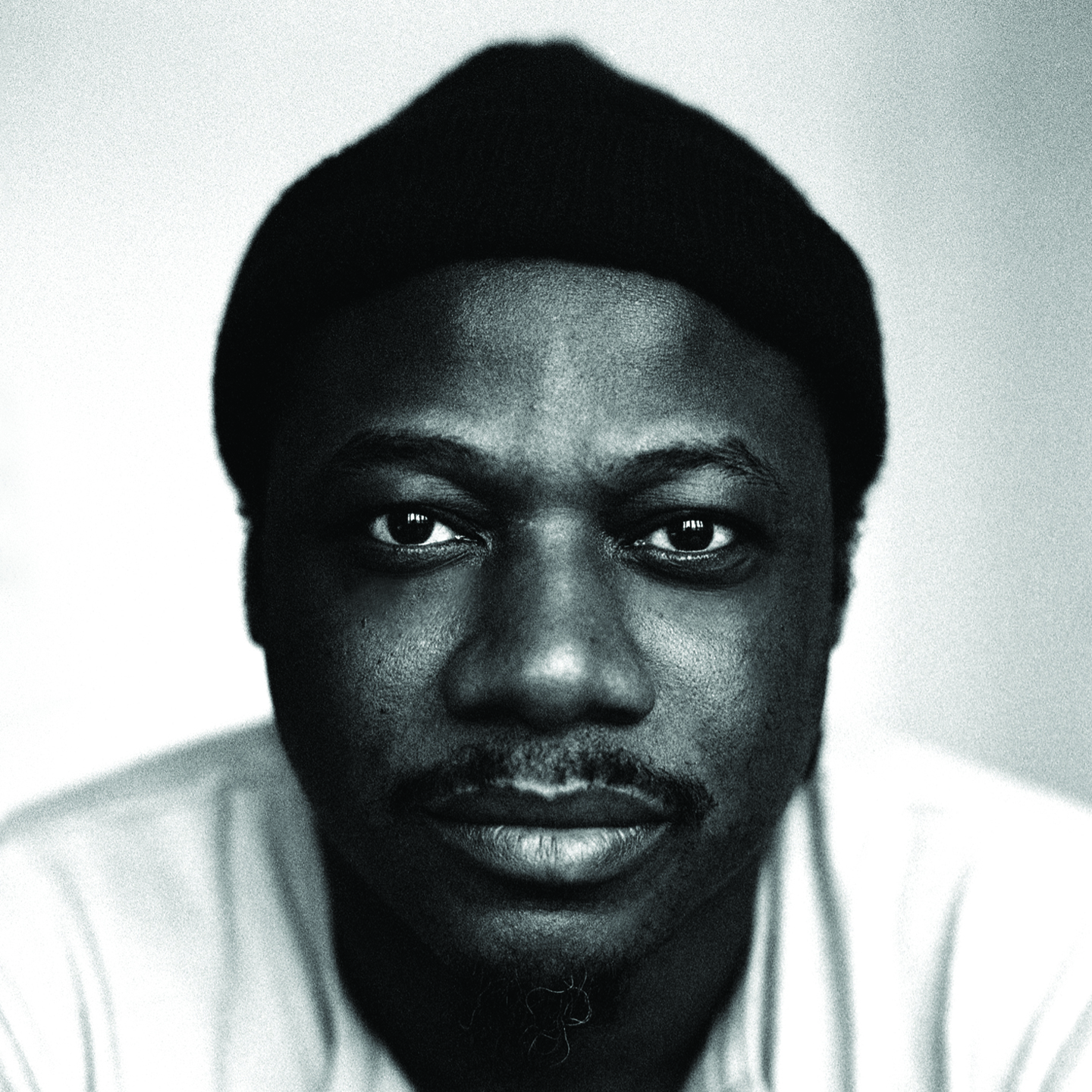 Electronic music has always been filled with innovative individuals. Tribe Records label head Dean Zepherin is a musician, producer and DJ who really does boast an appeal like few others. Renowned for consistently pushing genres to the edge, he is an artist of many different sounds and styles, who’s colourful and diverse approach continues to enthral clubbers and music heads across the globe. Born and raised in West London, he spent time in the creative hub of Berlin, now residing in the musically rich city of Melbourne. A pioneer and an innovator, he continues to push genres forward. Making music for a double decade, he’s had outings on Local Talk, Visions Recordings, No Fuss, Vega Records, Defected, Suol and Jack Trax.

Stepping up to the production plate are some of the most sublimely talented producers on the planet – Larry Heard, Louie Vega, Spinna, Patrice Scott, Kai Alice, Ashley Beedle, Teddy Douglas, Trinidadian Deep, Timmy Regisford, Alex Attias and Arnold Jarvis. On ‘Soulful Culture Volume 2’, these legends stand side by side with names from across the musical world who over the last few years, have begun to carve their own niche including Nathan Adams, Jose Carretas, Mi Casa, The Lounge Lizards, Deep Soul Syndicate, Oral Deep, Filipe Narciso and Devoted. From deep percussion fuelled beats, through to hypnotic acid-tinged heaters, to broken beats and deep soul bearing vocals, this is an album which is quite simply brimming with depth and warmth. It’s a collection curated by someone who’s many years of knowledge, experience, and passion, all come together to deliver something truly special. 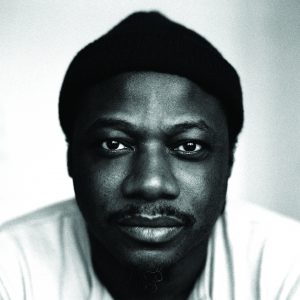 Tribe Records label head Zepherin Saint is a musician, producer and DJ who really does boast an appeal like few others. Renowned for consistently pushing genres to the edge, he is a pioneer and an innovator who continues to push genres forward. Making music for a double decade, he is shortly to release ‘Soulful Culture Volume 2’ on Tribe Records, a compilation that ranges from deep percussion fuelled beats, through to hypnotic acid-tinged heaters, to broken beat and deep soul bearing vocals. It’s a collection curated by someone who’s many years of knowledge, experience, and passion, all come together to deliver something truly special. We have a chat with him ahead of the release.

Please can you introduce yourself to your readers?

How long have you been making music? What was your journey into production?

It started with playing the drums, performing, and recording with local bands. At age 12, I had the opportunity to record in a top studio in London’s west end through my school, and from there, I found the love for wanting to be in that room.

Musically I was brought up in the British soul sound system culture, and that was where I learnt about playing music for an audience and how people react to the music. I was surrounded by music in my family home from an early age with my brothers’ record collections full of Funk, Jazz, and Soul. We would throw parties most weekends in warehouses or houses playing soul, boogie, rare groove and eventually House by mid-eighties.

I started making music around 1985 and released my first record in 87′ with Jack Trax records. After the release of my first record, I knew that my career was in music. It was 1988, and the House music scene had just exploded in the UK and being a witness to it at the time just confirmed that for me. And 30 years later, I am still here making music.

My journey has been a long one and taking me down many different paths in the industry, but I would not change it for any other journey as it taught me so much.

Tell us a little about the label Tribe Records?

The label started in 2008 when I produced a record called Circles for my then neighbour Nathan Adams and rather than looking for a record label to release it, I decided it was long overdue for me to start one myself. Tribe was born. The timing was right as it launched at the start of the digital revolution. It gained a lot of attention around the globe, and the House community was keen to hear more from the label and my productions.

I wanted a label that pushed artists and created songs for the dance floor alongside club tracks which there seemed to be an abundance of at the time. I come from an era in House music where it’s not divided into genres and wanted to reflect that in the labels A&R as best I could hence the label’s motto- One Sound, One People, One Tribe. It was also crucial for me to find house music from different parts of the world, and I signed material from South Africa and the Middle East. I set about introducing these sounds to the west, some in their original production and others remixed.

I am proud that the Tribe produced albums from legendary artists such as Peven Everett, Timmy Regisford, Nathan Adams, Djeff, and to date has released hundreds of singles and EPs from artists I deeply respect and admire. I continue to be cautious with what I sign as it has to first resonate with me and be something I would want to play or buy. I have never been one to follow a trend; I follow my goosebumps. Now the label is in its 12th year, and I still feel I have a lot of ideas of where I would like to take it and experiment with its output. It’s a boutique label for me and has also been an excellent platform for artists to launch their careers and find their identities in a saturated market.

What was the last piece of music that you bought?

Michael Olatuja Album – Lagos Pepper Soup. A great album, full of vibrant Jazz, folk and Afrobeat that has the seasoning flavours of London, New York and Lagos all in one.

If someone wanted to know a little more about you, what other artists album would you recommend they listen to?

Another Side – Fingers Inc

I Am – Earth Wind And fire or any of their albums

Fred Wesley and the JB’s – Damn right, I am somebody

We are running a premiere on track on DJ Spinna’s ‘In the Distance’. When did this track first come to light? What is it you love about it?

Spinna has worked on a few remixes for the label, and we always discussed working together on an original release, which we finally got to do last year. Spinna expressed that he wanted to produce a track reminiscent of taking it back to the raw vibes in the clubs with sampled vocals and a deep hard groove. He did just that and delivered a future House classic! I love it because it shows us yet again the diversity of Spinna as a great producer.

Another highlight of the comp for us Zepherin Saint ‘In My Mind’. Talk us through this track a little and its journey on to the comp.

Thank you. I created this track after going to see my friend Mike Huckaby RIP play at Tresor in Berlin.

There was a tunnel in Tresor as you approached Mikes room where he was banging it hard. I thought the sound of the kick reverbing off the walls sounded so good and created anticipation. I wanted to recreate that sound and feeling in a track and went straight to the studio with this in mind when I left that morning.

At first, this track was a lot harder which can be the case with a lot of my productions when driven by drums in its initial stage, and then it usually evolves, finding its feeling and balance. After creating the drums on my DRM module, I kept hearing this Moog style bassline repeating like an arpeggio but with a jazz feeling; from there, it was about giving the track some warmth with a Rhodes. I then heard the lead telling the story and setting the theme for the composition.

I called it ‘In my mind’ because sometimes I jam out tracks to see what appears but with this one, I kept hearing what I wanted before I approached the production.

Is there going to be a volume 3 do you think?

I intend for there to be a volume 10! I would love to keep doing these and see how they evolve, whether they become all originals or remixes of existing tracks. Who knows, but it will keep on developing, and that’s exciting to me.

Now that the world is starting to spin, do you have some nice gigs lined up?

The Australian borders have just opened, so I expect international gigs to open up in 2022, but it’s been great getting to play more in Australia as the club scene here is exciting. I am looking forward to playing a couple of festivals, with Strawberry fields being a highlight,

What release plans do you have for 2022 that we should keep our eyes on? 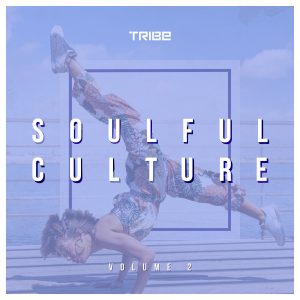