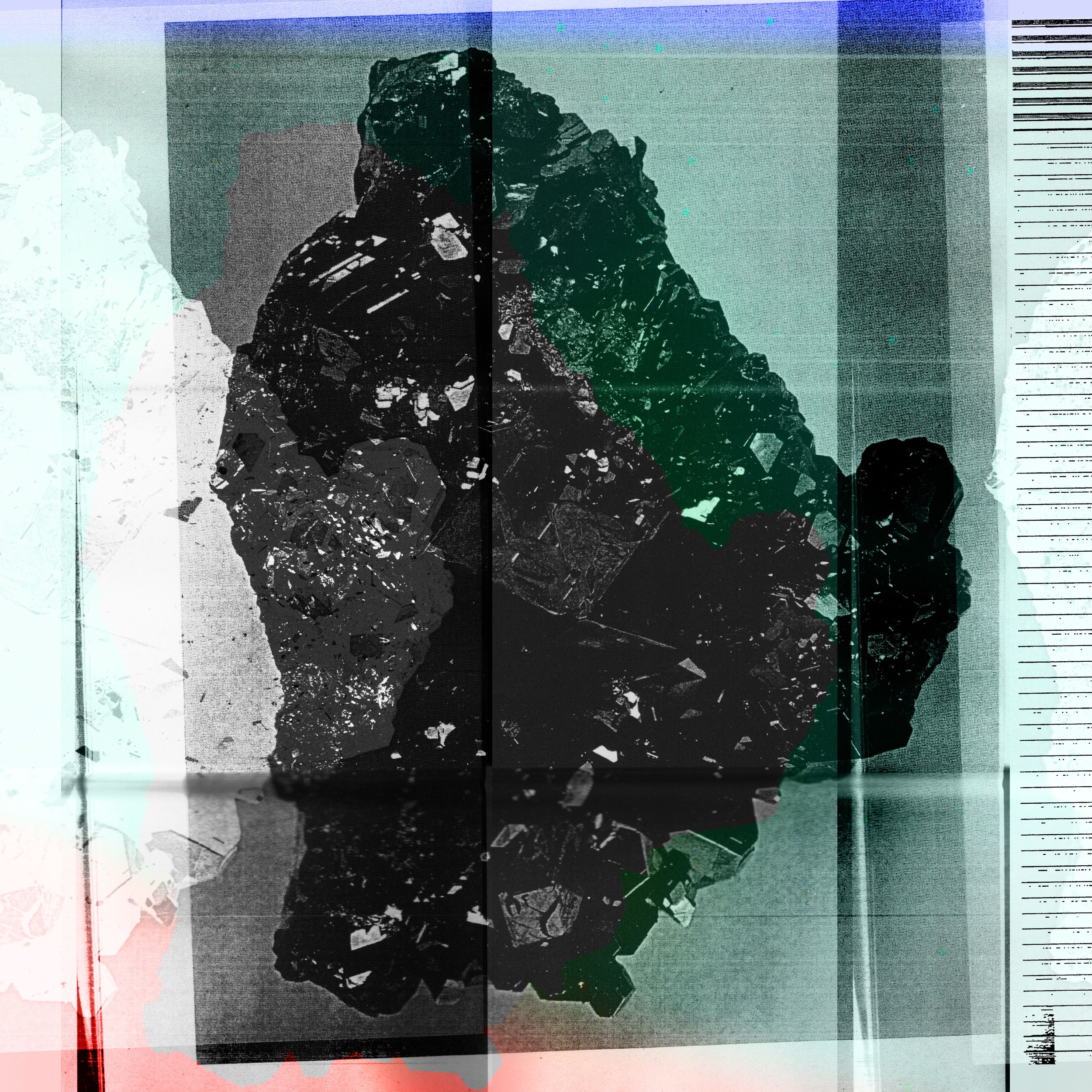 Freerange Records are very happy to introduce Apoena for his debut release on the label. The Brazilian DJ and producer, now based in Berlin is known for his deep, raw, underground house and techno tracks that have appeared on cult labels such as Jus Ed’s Underground Quality, Rawax and Batti Batti with regular supporters including Delano Smith, Laurent Garnier and Agoria.

On the ‘Dark Emerald EP’ we are treated to three tracks of hypnotic club grooves which swing from the minimal, chunky bounce of lead track ‘Must Go Deeper’, through to the rolling, filtered mood of ‘Mind’, winding down with the immersive, late night Detroit-inspired sounds of ‘Dark Emerald’. Apoena’s clever production skills mean these tracks sound punchy and BIG on a nice system, creating just the kind of heads-down, locked-on atmosphere the deep and discerning dance floor desires. 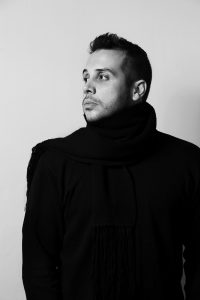 Thanks for talking to us today. Please can you introduce yourself to our readers..

I am APOENA, House and Techno DJ/Producer with a taste for the old school and special inclination to deepness, minimalism and driving structures.

I’m from Porto Alegre, the last capital in the South in Brazil, a 2 million people city that is the hometown to a lot of talented artists. My father’s family, the Casanova’s, had a lot of musicians in it and is responsible for the Clube Do Choro de Porto Alegre foundation, a weekly event going on for decades where they play “choro” or “chorinho”, an especially virtuous instrumental Samba sub-genre. Porto Alegre also was the hometown to Elis Regina, the best female singer in Brazil ever in the opinion of many. Now I live in Berlin, Germany.

How long have you been making music?

Since I’m a child music was so appealing to me and would get so much of my attention. Especially more serious music, minor chords, and meaningful lyrics. Composing is in my nature. I have compositions in every music style at different points in my life, from Heavy Metal to Techno, from Samba to Reggae. Electronic music was something that never faded away. I started making electronic beats in 1999.

Love to know about your label Allnite Music. Is the label for your own music? What other artists have you had on the label?

In the late 90’s I would use IRC chats interacting with electronic music lovers all over Brazil. My nickname in the platform was “<AllnightDancer>”. Soon people were calling me “allnite” in the chat groups. So, it’s actually an old nickname of mine, it’s simply “my music”. I had the talented Alex Agore sharing the EP with me in Allnite 002. For Allnite 003, I made a VA featuring some producers from Latin America.  They were all producers I had contact with in the “Myspace” era. But usually, Allnite Music is for my own releases.

Your label is a vinyl only imprint. Tell us about your vinyl only policy?

I honestly don’t care about a vinyl only philosophy. I just love vinyl and my dreams were always connected to this media since there were no CDJs at all when I started. The only reason Allnite is not in the digital platforms is because I need to sell the vinyl copies. I don’t lose money with the label but it’s not easy. Making it exclusive, at least for one year, helps with the sales. I still want to access digital stores eventually with the label. I have nothing against digital music or CDJ and nowadays I take just around 10 records to a gig and will use CDJs as well.

What gigs have you had recently?

I have played many of the best floors in Brazil like D-Edge, Levels, Colours, but I did my own parties for long time, the most relevant was called Cosmic. Now in Berlin I’m starting again with humble steps and my “Kosmo” party had already 3 editions here. I played other clubs in the city like Kitkat, Sishyphos, Ipse, Polygon, Anomalie and more.

What other labels have you released on?

Autoreply/Stuga, Underground Quality and some others.

Jus-Ed is a big fan of yours. Do you guys go back a long way on Underground quality?

Well Jus Ed is one of several positive people I got to know in MySpace era. The platform had you sharing profiles of other people directly linked to yours, and there was an “influences/respect” criteria about it for the underground House/Techno community. Small time bedroom producers with common influences would support each other this way and communicate. Early Soundcloud was also more like that with way more interaction between the up-and-coming artists. Jus Ed was a lighthouse in this context giving opportunity to people and building this big deep emotional catalog with Underground Quality.

How did you hook up with Freerange?

I received and email from Jimpster requesting the digital files of 2 tracks in my label. It was out of nowhere. I was so happy with his interest and always thought about presenting a demo to him, but a couple of years passed before I messaged him about it. Apart from that I met him once at Watergate Berlin when he played. It was my first time seeing him and I remembered he struck me as looking very young! He obviously didn’t know me at all when I approached, and said he was not looking so old for a guy releasing records since 1996. I guess he appreciated the sense of humour. We had a nice talk that night but never met again before I contacted him about demos.

Have you been a fan of the label over the years? Have you got a favourite Freerange release you can highlight?

Oh sure. I always had a couple of Freerange in my record bag at every period of my DJ career. One I still carry around is Tony Lionni – Treat Me Right. I play the Jimpster Edit.

What was your inspiration for the Dark Emerald EP.

There was no specific inspiration. I produce a lot and have a ton of finished tracks. But what they share the most is identity I guess. I’m not really good in setting standards and trying to produce thinking about a label for example. I never know how the tracks will be. I just know my identity will be there and also my DJ friendly structures. I tend to separate my demo tracks in Deep House and Deep Techno (the difference being more the speed than the hardness really) and I always have tens of tracks in each. The Dark Emerald EP came from the Deep House pool obviously.

We are premiering track ‘Mind’. Talk us through making of this track a little.

That is the most important track for me in this EP. I always felt it was a special one. The message behind the speeche is deep and powerful, and sometimes I feel it is there for myself more than for anyone else. The driving mood makes it move the dancefloor even though it’s so underground. I guess it clearly shows my strong Detroit influence and the bassline shows my identity a lot with groove and unusual tempo. I was for many years a Roots Reggae bass player in Brazil!

What else do you have in the pipeline?

Well, this is exactly the turning point for me when I started looking digital music platforms with interest. I plan to revisit Allnite Music catalog bringing it to digital alongside some remixes and some digital exclusive tracks. I’m also working hard to release Allnite Music 009, a fresh vinyl release, but since I have my release process all in UK, the prices went very high right now, so I need to be careful.

Thank you for your time and best of luck with the EP!

Thank you too, have a great year. 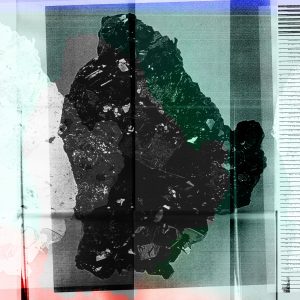