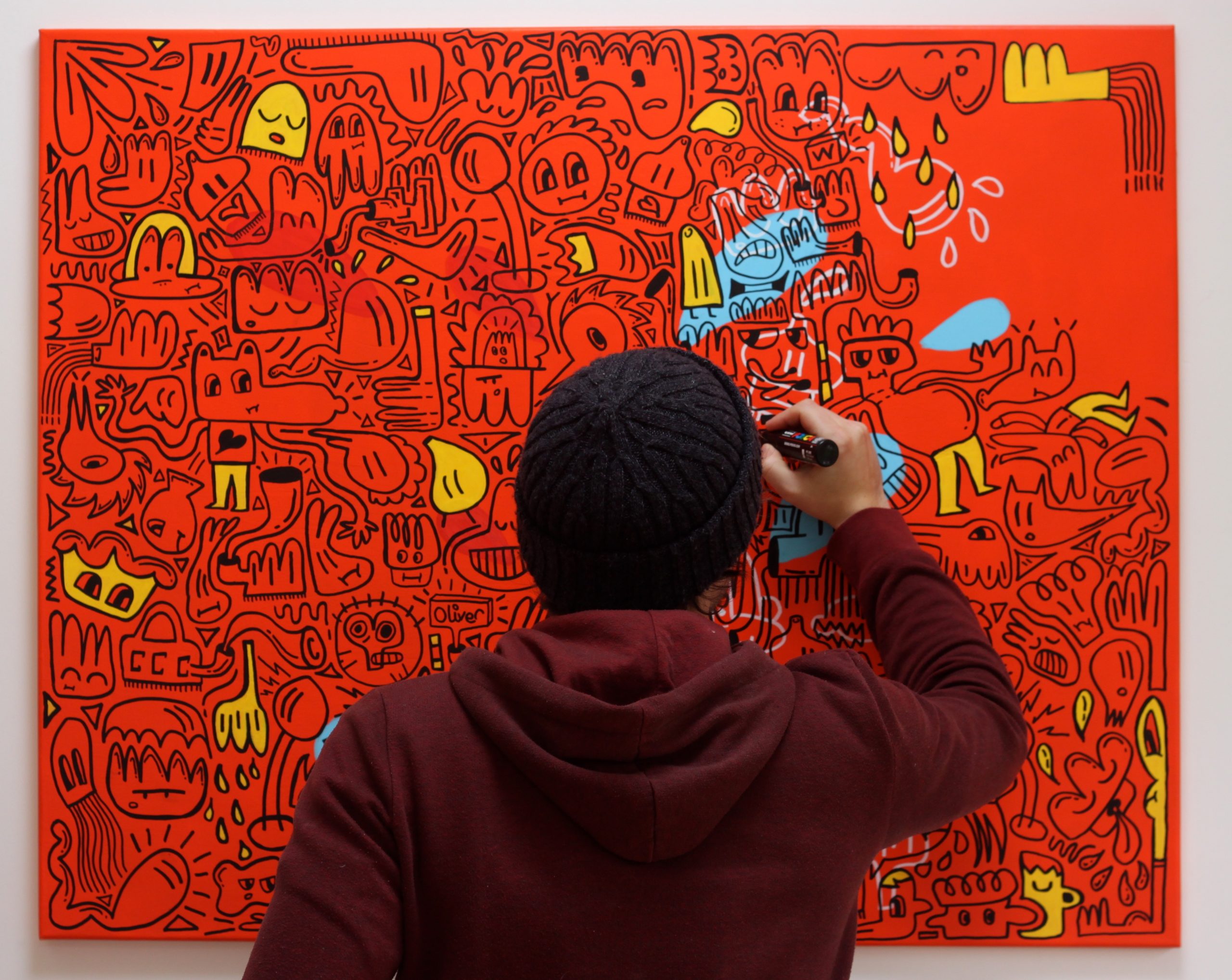 British producer Andy Ash is on a roll! His recent release for Quintessentials slaps hard and not to mention output on such respected labels as Sheffield’s Moment Cinetique, Chicago’s Still Love 4 Music, New York’s On The Prowl and Sydney’s People Must Jam.  Andy Ash tracks always have this wonky edge to them which make his music stand out in the crowd and we’re pleased to welcome him back for his third release on Delusions entitled the Tiawo EP. 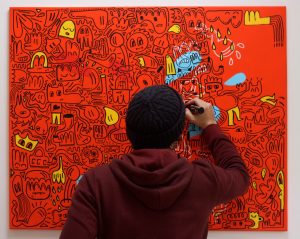 We’ve been fans of you here since 2011. Welcome back to Music Is 4 Lovers. How have you been keeping these last months?

Thanks for having me back. It’s been a busy few months and I’ve been making a lot of new music and working on new paintings too. So, all good!

How is the mood in Liverpool and what is happening on the night life scene? It’s business as usual in the UK right?

The nightlife here is gradually picking back up. It seems to be quite an odd thing at the moment. One week you will have a fully packed-out club and it’s like being back to normal, and then other weeks there are things that would usually be busy that aren’t! But I’ve been to some really cool parties recently so that’s a good sign.

If we visited the city of Liverpool where would you say is great place to hear good house and disco?

To be honest, the scene in Liverpool is always evolving so the answer to this question is often different. There are some really cool places at the moment though – I play for a local night called ‘Hustle’ and we had Mood 2 Swing here last weekend. That was a really fun party – in a small loft-type space with wooden floors. It was a great vibe! Also, my close friend runs a semi-regular night called Bonsai Hi-Fi – he has built an incredible sound system, similar to the original Loft one from back in the day. Those parties are really special, and you get to hear amazing music on an incredible system. Other than that, there are other great clubs that put on good parties (not always house – there is a real mix). Two clubs called ‘24 Kitchen Street’ and ‘Meraki’ are personal favourites. There’s also a really cool local radio station called Melodic Distraction who have recently opened up a small venue – it’s a great place to hang out and drink good beer!

Liverpool is a city with a rich musical heritage turning out a ton of world known artists. Who are the musicians and artists who have inspired you from your city and what is it about them that you admire?

I moved to Liverpool from London in 2005. Coming from such a big city, it was really cool to come to a place where there was such a rich underground music scene, but that was small enough that you could really get to know most people. I have become close friends with quite a few local producers, and I would say they are my biggest influences locally – Chris Barker (Deep Space Orchestra), Asok and John Heckle to name a few. I often find it is the creative energy that you get from people that really inspires me, so a lot of my influences aren’t necessarily sounds similar to my own, but people who have a real passion for what they do and that is inspiring enough on its own.

You have had a fair deal of music out on some pretty cool labels. It’s also great to see your artwork too. Is there any corelation between the art and the music that you make would you say?

The short answer is ‘yes’! I don’t really separate the two in my head. They are both created from the same place inside. Whether I am painting or producing, I am always striving to communicate with people. I’m not that great at social interactions and often struggle to express myself in that way, so music and art have become a way for me to do that. Whether people get the same thing as I do from it, doesn’t really matter for me. It’s about having the chance to express myself and if other people like it, then that’s a bonus! I would say that a key message in both my art and music is that of exploring people and personalities that are on the edge of society – I’m a real believer in accepting people for who they are and not trying to force people to fit into a cultural ‘box’ if you like. You don’t have to be a certain type of person to be at a club/art gallery etc.

Your sound fuses Detroit Influences with Disco and Chicago. What was your first love. New York Disco, Chicago House, or Detroit?

That is spot on but it’s hard to say really! Mainly because, at the time, I don’t think I really realised that what I was listening to was ‘New York’ or ‘Chicago’ etc. I was just really into house music, so I guess I would say house music was my first. I was heavily influenced by certain DJs – people like Derrick Carter, Danny Tenaglia, Mark Farina, Dave Clarke. I was hearing their mixes on the radio, and I would go to my local record store and say, “Can I have some stuff like what Derrick Carter would play?” because I didn’t know how else to describe it! This was before the internet was so prevalent, so it was harder to find this stuff out. It was only later on that I began to discover more about the roots of this sound and also, it’s connection to Disco.

Can you highlight one or two favorites records from these genres over the last few decades?

I always find this so hard, and it would probably change each time you asked! But, off the top of my head here are three:

It’s great see your back on Delusions of Grandeur with you Tiawo EP. We are premiering Brother. Tell us about the track a little ..

I made this track after spending a whole day just sampling records – I find this is a great way to re-invigorate the production process for me. I think the percussion in the track is made up entirely of sampled bits that I took that day actually. Then, as usually for me, I just started putting some stuff together and went where the flow took me! That’s often how I produce – it’s pretty rare that I get in the studio with a vision of what I want to make. It’s more like a dialogue between me and my stuff and then the outcome is what it is. Weirdly, my painting is a bit like that as well!

It’s a very cool label to be part of with the roster dealing in quite specific artists and release. What do you think is the vision and mission of the label? How does it feel to be part of it?

It’s a real honour to be on the label and to be now releasing my third EP with them. I’ve been into the label ever since it first started and was into Freerange before that, so being on the label and having Jimpster’s support means a lot to me. When I sent the demo for my first EP on the label, I had had a long break from sending anyone music and I sent it with the intention of trying to stick with the label and release several Eps. For me, this meant that the label really valued what I was about, and I have found it so good to work with them – it’s the perfect balance of support for me as an artist, alongside some constructive criticism and development. That’s what you really want from a label I think. There are also so many other good artists on the label – everything they put out is great.

What’s coming next for you musically?

Well, after this EP there will be a bit of a break as I am working on an album which will be out later next year. I’m really excited about this and have been able to work with some singers which is new to me.

As well as your production and artwork, you’re also a climber. Have you climbed any mountains lately physically or metaphorically?

Ha – well, I actually climb mostly small stuff. It’s a form of climbing called bouldering (although I do also love climbing mountains!). I’ve actually had a leg injury the last few months sadly so haven’t been able to do much. Hopefully, it will be full better by January though and I can get back to it! Climbing is a great way to stay mentally healthy and keep in good shape.

What would you say is an important lesson you have learned in life?

You saved the easy questions until last right? Haha! I would say that one of the most important lessons I have learned is that success is not equal to popularity. In this day and age, it is so easy to mix up the two and think that, if you or your music is not popular then it isn’t good. Well, I’ve personally learned that being driven by popularity will only lead to dissatisfaction with your output and possible a decline in creativity. Anyway, that’s just my personal take on it.

What do you want for Christmas?

I’m a bit of a minimalist so I don’t like having too much stuff, except vinyl!

Thank you for your valuable time Andy. 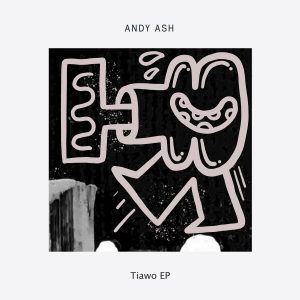