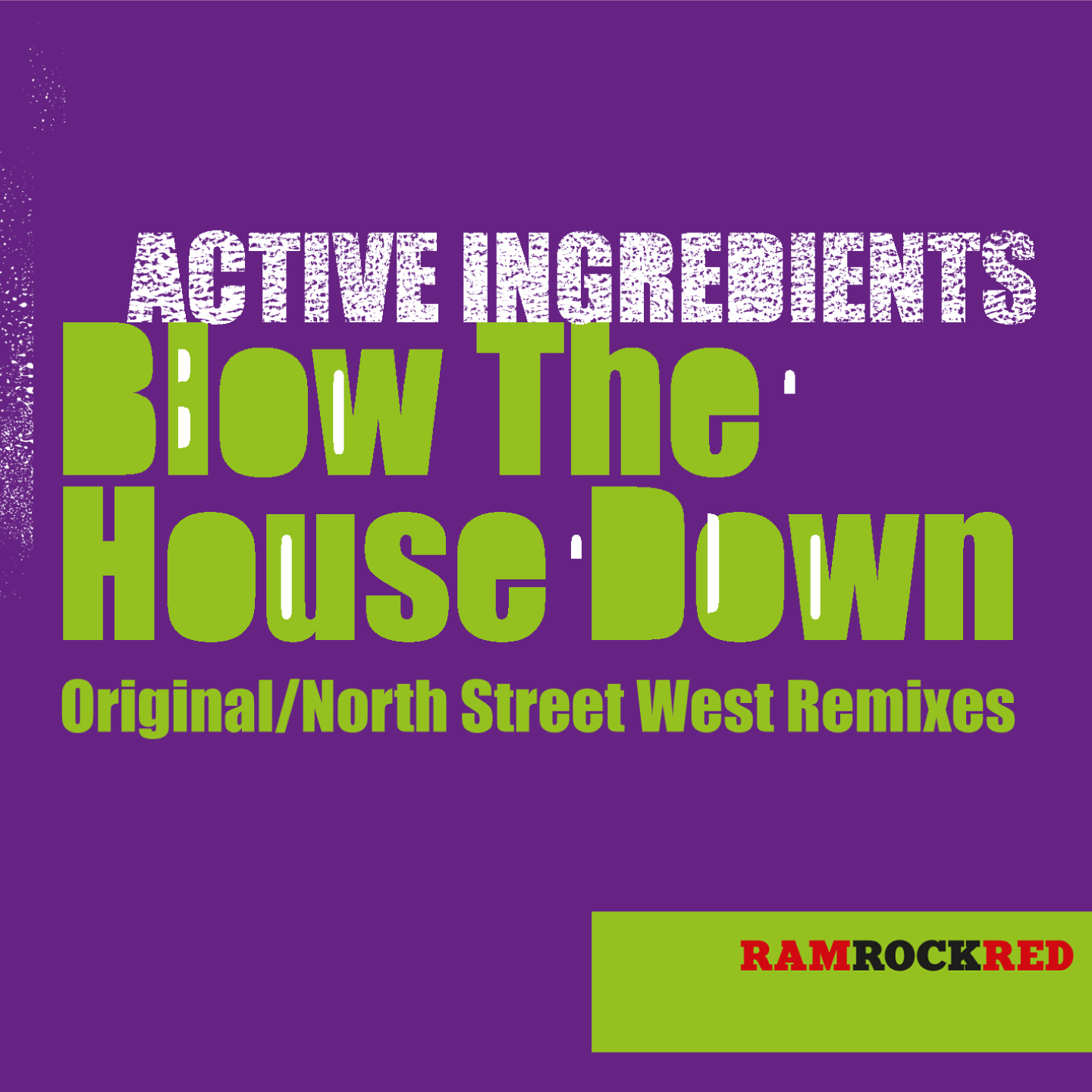 Ramrock Red Records are proud to present ‘Blow the House Down’ by Active Ingredients a.k.a the prodigious Antipodean beatsmith, Inkswel and his partner in rhymes, the formidable Atlanta emcee, Stan Smith.

Inkswel is an eclectic DJ and producer with a long and extensive history of blending the boundaries of genre with a strong B-Boy foundation and forever evolving outlook. He has recently launched his own label, Inner Tribe Records, released his second album on Atjazz Records as well as a boogie EP for Kraak & Smaak’s Boogie Angst. Plus, there are several forthcoming Active Ingredients projects in his collaborative musical pipeline.

Stan ‘Steam’ Smith has earnt an international reputation as a versatile emcee, having worked with the likes of Daz-I-Kue, Soulparlor and Rahgroove on their Tokyo Dawn Records release ‘Get Up Movement’, and recently showcased his superb mike techniques on Japanese beat maker MFP’s ‘Busy Work’.

Their new seven track effort gets the party started from the get-go! The original has Stan bouncing his flow over the beats, giving the track the Sugarhill vibes mixed in with that classic NY hip hop sound from back in the day with a sprinkling of Atlanta Funk and an incessant rhythm. The North Street West crew’s production nods towards a Philadelphia groove, with a smattering of inspiration from Pete Rock, Cold Crush Brothers and the Jungle Brothers as well as your very own label mistress Jo, aka Lady Kaos, elbowing her way onto backing vocals.

Ramrock Red is owned by Jo Wallace and is soon to release ‘Blow The House Down EP’ by Aussie beatsmith Inkswel and Atlanta MC Stan Smith. We talk to them of the week of the release.

Me and Stan linked via our mutual homie Daz-I-Kue from Bugz in the Attic. I had put out a call on social media for MC’s and the planets aligned. We did the first project together in 2019 on French label Cosmocities with a remix from other Bugz member KAIDI TATHAM (still available on wax out and about if you search). We then linked in person in New York in 2020 just before COVID hit, to do a show with Soul Inscribed, Edseven and People Without Shoes, which was super fresh! Big ups Baba Israel for that hook-up!

Australia and Atlanta? How does is work with you both being in different zones studio wise?

We just send ideas back and forth. Stan is super quick which complements my approach to music also.

Have you been able to spend time physically in the studio together?

Gotta be a lot more fun than working across the internet as I imagine there is some serious ‘bounce’ between you two! Or do you think can achieve the same level of goodness this way these days?

I’d love to get in the physical studio together but it’s yet to happen – hopefully, next year once the world retains some normality

Stan Smith’s ‘The Get Up Movement’ was played to death in my crew and Inkswel’ s recent ‘Astral Love’ on Atjazz is another recent fave. What parts did you both play in the production of this new release on Ramrock?

Production is all me and the rap’s Stan – that’s our approach – simple and effective.

How did the initial writing process go on ‘Blow The House down’?

I made the beat, sent it to Stan and the rest was History. To be honest Stan never really fails. he always comes correct, so he is a breeze to work with.

How long did the track take to make? Or was it one of those that just flowed?

Jo Wallace’s Ramrock Red is host to the release. Have you worked with Jo before? How did the relationship come about?

I got linked with Jo through the legendary Ashley Beedle (her husband) as he has supported my music for a few years. We met initially on FaceTime and went from there. Lovely people to work with and keen to keep building.

Keeping it in the family, the North Street West crew have gone full out on the remix selection, in total you deliver seven great cuts in the package. It’s a style we don’t tend to see so much, an original and then several different developments on the same track. What is the rationale behind so many variations?

I just let these guys take the reins and they went full steam with the fire – funk train style.

North Street West – Ashley Beedle, Jo Wallace & Darren Morris – are well known for their signature sound big house, soul, and reggae remixes. On ‘Blow The House Down’ the North Street crew are flexing their Philly muscle. Did you give them direction on the remixes, or do you let them do their thing?

Just let them vibe on it – so happy with what they made.

There will always be a core crowd of B boy, hip-hop heads about and I’m one of them for sure! Do you find that the younger generations are feeling the hip hop vibe? What is your take on that?

Once a BBOY always a BBOY I say. I think the foundations of Hip Hop make the music universal and timeless so in a sense it’s always relevant.

If you wanted to educate folk about hip hop, what album would recommend they listen to and why?

Main Source – Breakin’ Atoms – stone cold classic that captures a vibe and approach like no other.

I get the feeling that Active Ingredients would be incredible live. Do you have any plans for live performances?

What are you working on next together and separately?

Bouncing ideas back and forth always I have a new album early next year and have produced my wife’s debut album and many other projects as always. Stan is working with lots of different producers, one of them is a slept-on cat from my home town called ‘Funkwig’ – that is next level.

We look forward to hearing more from Active Ingredients and wish you all the best with this release! 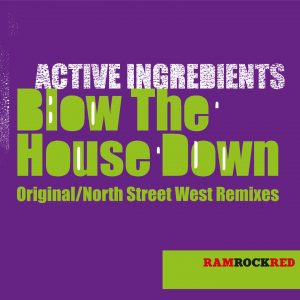