House music is coded music, it’s true. Yet some artists manage to get this kind of music out of the fetters, to dust it off. With his new EP, Georges proves that he is of this calibre, and that music labels are above all made to be lifted.

At the age of 22, he released his first solo project of the same name, in which, despite his desire for singularity, he knew how to honour the electronic tradition. But his music is sometimes much more linear, like on Without You and At Night, where he totally escapes from classical structures to change tempo along the way, or on the progressive ambiences of Pénélope. And then, there’s this bassline. It’s certainly the driving element of the EP, being very organic, very played, so lively. The young musician does everything, as Cagnard’s guitars, which take all their dimension live, show. Keyboards, production, arrangements… His music is his own, from A to Z.

But Georges also knows how to surround himself with people, notably his great friend Bellaire, with whom he plunged into the house world two years ago. Together, they released the EP Contrasts in 2019, which revealed their whimsical and complementary personalities. Even if the “Georges” project is a solo exercise, the influence of his sidekick is never far away. Just like Dimitri From Paris for the bases, Wulfpeck for the fusion, or Henry Wu and Alfa Mist. Georges is also a dj, that’s why he’s so attentive to the music around him. He feeds off it, soaks it up to bring out its singularity. It’s up to us to discover it from now on.Fatima is out on 6/05/2020 on Crosstown Rebels 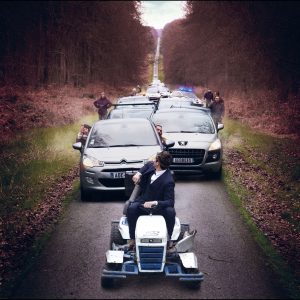