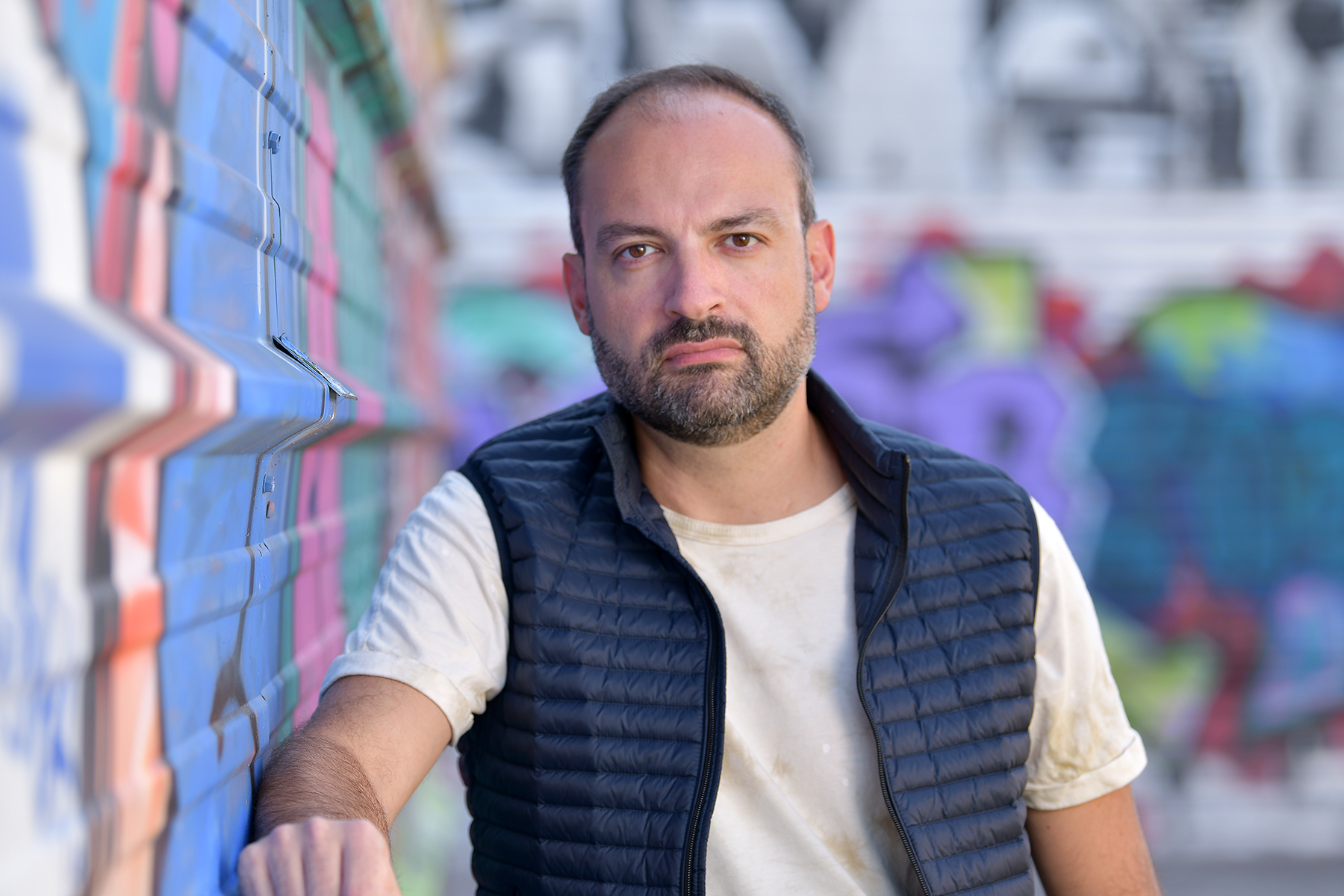 Big Box Recordings head honcho Franz vu Letzebuerg aka FRZVL teams up with US Soul don Erik Rico for the first in a four-part project entitled ‘People Get Up’.

FRZVL lays down a deep funky groove with hints of 80’s boogie whilst paying homage to influences from the golden era of dance music but keeping one foot firmly in the future with his trademark soulful house beats. As ever, Erik Rico who has produced and collaborating with artists such as Tupac Shakur, Planet Asia, Digable Planets, DJ Spinna, Ron Trent & Seal to name a few delivers a stunning vocal performance of feel-good lyrics and melodies to accompany FRZVL’s work. Definitely one for the summer! 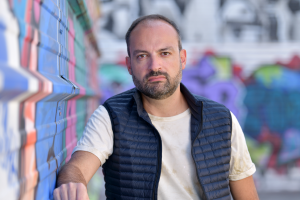 FRZVL is the acronym for Franz vu Letzebuerg (Franz from Luxembourg), I make music under different aliases like Kultissime, Franz and FRZVL is one of them.
As an artist I’m really influenced by the club culture from the 80’s and 90’s (Arthur Baker, Shep Pettibone, Frankie Knuckles, Masters at Work to name a few ). I consider this period like the best period in the dance music history (after the disco period

I discover house music when I was a teenager like 12 or 13 years old around 1992 or 1993. Back then I was living in France and House records did not have a good distribution circuit except in Paris so they were very hard to find anywhere else. But you had this weekly show on radio NRJ called Megamix which was hosted by Dimitri from paris (was not yet from paris back then) and this really make me aware of the House music and Garage scene from NY and the New Jersey. So I do my best to find the records and starting a very huge collection that I still own today and count more than 8000 vinyl records.
My roots are based on these sounds and the music I produce today is paying a tribute to those sounds from back in the days. This is really something important for me to purpose those influences from the past but with a modern twist.
I’m not really a DJ but more a producer; I have a musical background and play some keys. I started to produce around year 2006 but did not really break through until 2011 when I produce a song for Mandel Turner called “Brand New Heights” remixed by Rocco on my label Big Box recordings. This song has been huge in south Africa thanks to Rocco. Since then I worked with many different singers like Baskerville jones from LA, Linda Lee Hopkins, Brian Christopher and of course Erik Rico. I’m tailoring the beat and harmonies and they generally brings Lyrics and melodies.
Q2: Tell about your new single with Erik Rico?
My new single “People Get Up” is featuring Erik Rico on vocals. The idea to produce this song came when I was in Los Angeles in 2019, I was listening to loads of R&B music from the 80’s like SOS band and all the R&B jams produced by Jam & Lewis. So I took my old TR808 and starting programming with it makin’it sound like a mix between those 80 R&B music and early Chicago house stuff.
This was an instrumental track until I purpose it to Erik Rico who I already knew because we made the track “Find a Way” together on my label. He liked the track and wrote this beautiful song over it which is really optimistic.
https://www.traxsource.com/track/8668464/people-get-up-12-original-mix
Q3: Who are your greatest influences ?
I have many influences like I said all the club culture and House Music from the late 80’s, early 90’s are my roots. But my biggest inspiration to date remains Frankie Knuckles. I’m listening to Frankie knuckles music since his Sound Factory days, since I’m a young boy

and for me his music is really timeless and make the perfect combination between the dancefloor and harmonies every song or track should have.
Frankie Knuckles « The whistle song »
I’m listening this track since I’m 15 years old and will surely do for the rest of my life. This is pure gold from Frankie and Eric Kupper.
Cerrone « Cerrone Paradise »
Cerrone is a class by himself, great French producer from the disco area, his music has all the necessary elements to remain timeless, great baselines, full orchestration, strings to die for … This is a symbol of the disco area in all his gloriousness, and this is what we still need today.
Ten city « That’s the way love is »
A great track from a great band with a young Steve silk Hurley and Byron Stingily from Chicago. This was when the sound started to change from 1989 to 1992. Golden years for House Music it was very fresh and new back then.
Q4: Can you let us about scene in your city? What artists do you love past and present that have inspired and encouraged you and what parties that you love going to have helped your musical evolution.
I have been really influenced by all the french touch movement from the late 90’s but I was into house music before that, since the early 90’s. As I’ve lived in different countries I have the chance to listen some great Dj’s in different club and locations. I seen Louie Vega or Frankie knuckles many times in different locations, it has a big impact on me and my musical evolution, I remember seeing Frankie Knuckles in 2002 in a former club called Zapata in Stuttgart (I was living in Germany back then) and I can still tell you the records I played that night.
Ona regular basis I also went to a party called cheers at dancing “la coupole “ in Paris , this was organized by Sven Love and Greg Gauthier. This was a great party you could see many great Dj’s invited like Paul Johnson or other vocalist from the US (Sabrina Johnston, Kim english…). It has a great energy all over the place. I remember they organized a party called “Garden of Love” a the Jardin d’acclimatation in Paris. They had invited Blaze who played almost the whole night. I was their 1st time in France…
Q5: How have you been keeping busy during lockdown?
I have been busy producing tracks and songs and optimizing my studio. So I have like a bunch of tracks which are waiting to be released until the end of the year.
Q6: What else can we expect from you over the next year?
More music:
-I plan to release 3 other singles with Erik Rico , 2 House tracks and one R&B jam called “Let’s fall in love”, they are already mastered and ready to be dropped in the coming weeks.
-I will also release one Ragga House track featuring Baskerville Jones and KG on vocals, this will be remixed by the legendary DJ Spinna and will be out for this summer.
All these and many others will be released on my label Big Box Recordings.
For more info please check:
Facebook: https://www.facebook.com/franz.bigboxrecordings