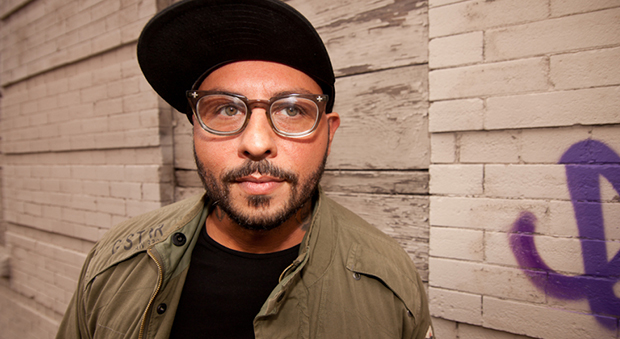 UNI go stateside for the 91st release and here we are treated to LA based duo Freddy Be & Savi Leon’s debut for the label. Freddy is the head honcho, booker and resident for LA’s longest running weekly Monday Social and Savi holds down residency at Frenzy after-hours at Avalon Hollywood so both producers are firmly rooted in the bubbling LA scene and prominent for over 2 decades of house and techno in the city.

The original of “Benevolence” is a finely crafted house sound inspired by the balearic sounds of Ibiza , a perfect opener or an ever more suited closer the maturity of sound and uplifting vibe will see this be easily at home at Mambo as it will be at DC-10 its tribal rhythms and distinct vocal sample will set this apart for your sets , a curve ball if you like. Its that good.

UNI go all out on the remix front here and first up is the master Joeski , Here Joe flips the script and takes us on a linear journey into all things deep and devastating , using the eery sample but adding an amazing arrangement of live instrumentation joe hypnotises the vibe into a dark and mesmerising journey with a touch of class that a producer of this cabler can deliver with stunning effect.

Label boss Ki Creighton is up next and here Ki stamps his authoritative Tech-House sounds all over the remix with a sub baseline led groove and staggered perc loops , The feel to the original is retained with the vocal fully immersed in the break but its when the track is dropped back in the action heats up. Fans of Ki’s groovy tech house will lap this up.

Closing the EP is the super cool Doc Martin remix and here Martin takes the original to another dimension , Made with the big rooms in mind this Exceptional remix will dominate Ibiza’s dark territories over the summer. its analogue baseline and cleverly placed acid stabs will fuel the fire for this being a secret weapon to many.

Freddy Be & Savi Leon – Benevolence (Joeski Remix) [Under No Illusion]

For our LA Lovers, catch Joeski, Freddy Be, & Savi Leon this Friday, August 18th, 2017 at Couture in Hollywood. Facebook Event