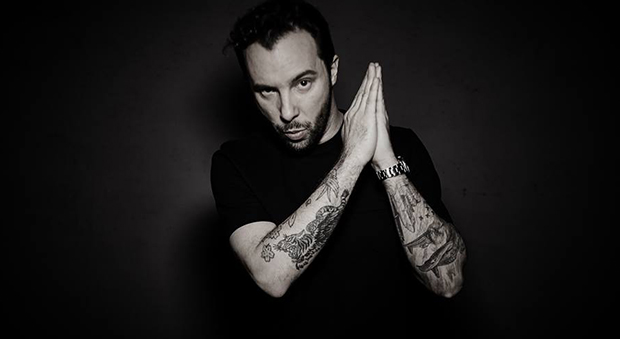 Davide Zeta’s Decay Records marks its third year in the game with a mix comp from California-born DJ and producer Pezzner, featuring exclusive tracks from some key underground figures such as Franck Roger, Alex Arnout and Neverdogs plus many more.

Seattle resident David Brian Pezzner has been a longstanding member of the underground house scene, earning his stripes as one half of the west Coast house duo Jacob London in the nineties. Pezzner has since established himself as a prolific solo artist, releasing his first album in 2010 on Tom Roberts and Jamie Odell’s revered Freerange Records, with subsequent albums dropping on the Dusseldorf based Systematic Recordings and M.A.N.D.Y’s Get Physical. Pezzner’s productions and versatile DJ sets have landed him regular gigs across the globe in some of the most renowned festivals and clubs including Seattle’s Decibel, Amsterdam’s Trouw and Paris’ Rex Club.

After a string of remixes on the London based Decay Records, Pezzner returns with an arsenal of exclusive tracks from the Decay artists vaults – and has carefully curated a 68 minute mix that glides from hypnotic soundscapes to organic yet-lofty percussive tracks with his signature dub-leaning vibes.

Opening the mix is the twisted soundscape within Floyd Lavine’s ‘Half Pint Frankie Jackson’, which Pezzner utilises to carefully throw the listener off balance, before subtly upping the ante with the deep and stripped back grooves of Label head Davide Zeta with Frank Storm. The mix continues to ebb and flow into further expanses, enlisting the help of Tijn’s crafty acid licks in ‘303 Tool’, Pezzner forever builds tension whilst flowing simultaneously through a range of mesmerising house and techno. The full dubbed out vibes of Martin Aquino and Ingrid Borderline then fuse together to close out the mix in a similar hypnotic form as it came in.

Three Years Of Decay Mixed By Pezzner drops 19th May on Decay.