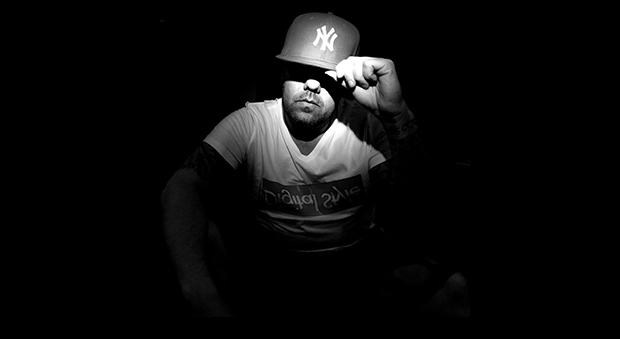 The first release on Jamie Jones and Lee Foss’ imprint Hottrax after a year hiatus comes from LA-based producer, DMS12.

Label boss Jamie Jones rediscovered the original track explaining, “I had it in a playlist in 2015 for ages and finally dropped it in my all night long session with Seth Troxler at The Warehouse Project. The place went crazy and Seth asked me “what the f**k is this?” I’ve since played it on some huge stages and it’s insane, no matter where I am it grabs people and slaps them into space.”

Eno Minimal EP is set to be released May 6th and includes a remix from The Model.

Check out this techno tune and read more about DMS12 and the quite interesting story behind his track in the interview below.

How did you link up with Jamie Jones and Lee Foss to release your EP on Hottrax?
A few years ago I sent out a promo to few people in the world I felt would understand the direction I took with this track.. When i created this track I imagined a Dark Smoky Rave that was based in a future of only Electronic Music where the intensity of a Driving Dance floor meant everything.  Funny part is I made this track in 2006 and myself and Oscar G played it at Club Space Miami a few times (owner of Space Miami actually freaked out on me once cause I was playing to Hard LOLOLOL) About a year ago someone that had gone to the Warehouse Project told me they heard that song I played at Space Miami that sounded like the future.  I Knew exactly what he was talking about.  A few week later I got a email that Jamie Jones loved playing the track and he would like it for a Hottrax Release.

Do you have any interesting studio rituals when producing music or preparing for a session?
Yes I do.  I need to have my studio Dark then I light up some incense and some Medical Herbs (I live in LA wink wink) After that the Creativity starts to flow. Also I mostly try not to go in the studio with a plan I let the Music come out of me as it feels.

What exciting things are on the horizon for you this summer?
The release of Eno Minimal on Hottrax is rather exciting! I really love what Jamie Jones and Lee Foss have done with the label I have a few releases I’m working on for the summer Jamie actually has one of them it’s call “BASS” be sure to check him out live he might drop it. I will be playing in Miami on May 30th with Oscar G and I also will be playing in NYC,  LA,  Mallorca,  Ibiza,  Barcelona and Paris this summer.

If you could go back in time what advice would you give to a younger DMS12?
I’ve gone from that underground in 1995 all the way to commercial remixes for Beyonce and back to the underground again. I would tell myself  to make the music you want not what people like see in the charts.

What does DMS12 stand for? What’s the story behind the moniker?
They are my initials Diego Melgarejo Sanchez and the 12 part was my baseball jersey number as a kid. I was signed to Universal as a writer for 4 years and I wanted to come up with my own artist name and not be a common name like Diego Sanchez, so I went with a robotic name which came about in 2001-2002.

Dream collab…
I really would like a collab with Jamie Jones and Seth Troxler, I feel us three would come up with some interesting music full of grooves and love for the dance floor. We all really love to see people have fun and dance as its all bout the music. Also a back to back DJ set would be epic!

My super dream collab would be with Trent Reznor of Nine Inch Nails. There are not too many artists I’ve been influenced by but Trent Reznor is an amazing writer and producer, it would be interesting to mix our styles.