PREMIERE — Bambook – Give It Up (Audiofly Remix) [Faceless Recordings] [MI4L.com] 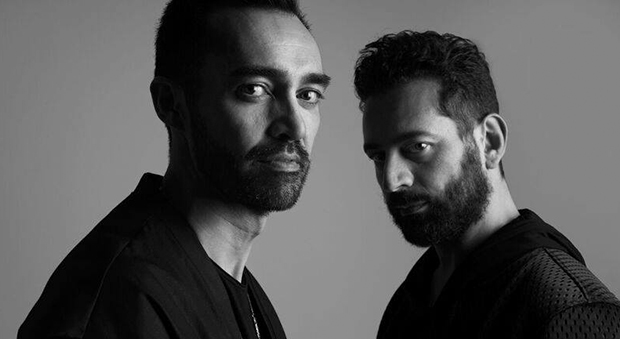 Sweden’s Bambook deliver their new EP entitled, ‘Give it up’ via Faceless Recordings this June, featuring remixes from Audiofly, Quina, and Cali Lanauze & Flavio Acaron.

Since 2011, Bambook have been pushing their signature sound to the forefront of the house scene through releases on Culprit and Noir music, here following the release of the original release of ‘Give It Up’ on Faceless Recordings back in 2014, Bambook provide a newer interpretation of the track with remixes from label mates.

The EP begins with Bambook’s new interpretation of ‘Give It Up’, incorporating a pulsating kick drum and a heady synth line, accompanied by murky vocal murmurs. Drifting synths lay at the forefront of highly respected DJ’s and producers Audiofly’s remix as they meander through organic percussions and a twisted warped bass line.

Quina’s abstract rework of ‘Give It Up’ follows and is filled with resonant bleeps and glistening chords, which are then met with a minor keyed melody to add to its shadowy atmosphere. Cali Lanauze & Flavio Acaron’s remix then concludes the album with a bouncy melody, gentle piano progressions and reverberated chants.

The Bambook remix package of ‘Give it up’ drops on Faceless Recordings on 3rd July.

Bambook – Give It Up (Audiofly Remix) [Faceless Recordings]