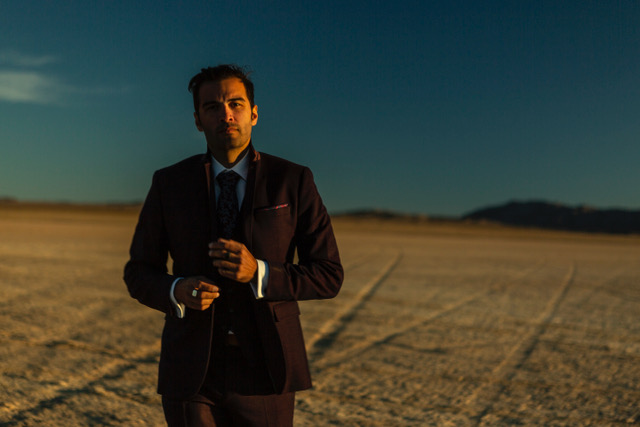 Pleasurekraft & Spektre are joining forces once more to head out on a tour of the UK’s most essential spaces. It will be the first time these artists have toured the UK together with stops in Liverpool, Glasgow, Leeds, Aberdeen, Manchester and Cardiff from February 7th – 29th 2020. Special guests OC & Verde will join them, and these dates will be the only chances you have to catch these three heavyweights on the same bill this year in the UK.

Pleasurekraft is at the forefront of the cosmic techno scene. He has released on his own Kraftek label, and had one of the biggest track’s last year on Drumcode with his remix for Adam Beyer “Space Date”. He always brings forward thinking grooves embellished with astral melodies and spaced out synths, that make for emotional as well as physical experiences, such as standout works like 2018 album Friends, Lovers, & Other Constellations.

Meanwhile, British techno bellwethers Spektre are no strangers to Kraftek having landed on the label many times with the results often climbing high in the Beatport charts. They are one of the hottest duos in techno right now and first released on Pleasurekraft’s label in 2017, with seven more sizzling outings since then. Next up at the end of January is their new album Against a Dark Background. 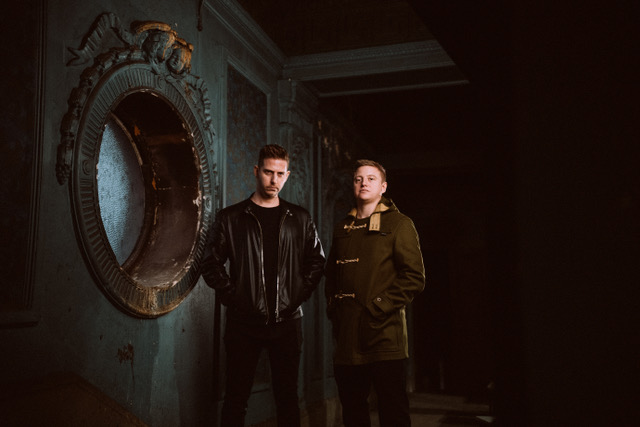 On top of that, you have OC & Verde, who have had plenty of support from tastemakers like Pete Tong who announced them as New Names for 2018, Danny Howard who made one of their remixes Friday Fire on his Radio 1 show, and Adam Beyer. They have released their huge tunes on Bedrock, Truesoul and Filth On Acid before now, and often climb into the Beatport Top 10.

The tour itself sees these artists, who regularly hit 500K monthly listeners on Spotify, start off on February 7th at Liverpool’s Invisible Wind Factory and takes in Club 69 in Glasgow, Mission in Leeds (all three will be city debuts for PleasureKraft) plus Tunnels in Aberdeen, Gorilla in Manchester and Vaults in Cardiff on the 29th, which is another city debut for Pleasurekraft.

This is a perfect way to get your 2020 rave diary underway, so get the dates booked in now. 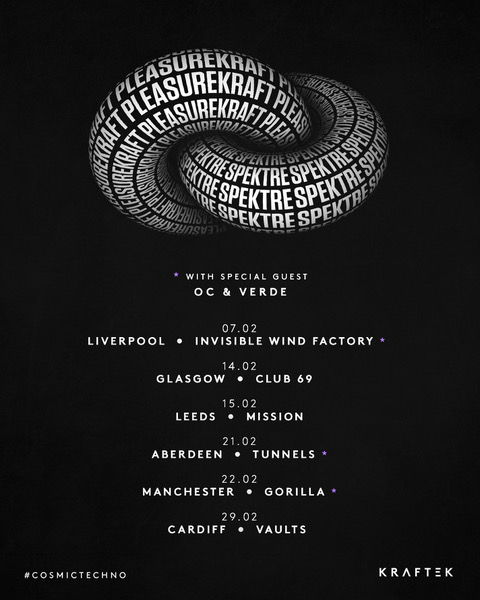