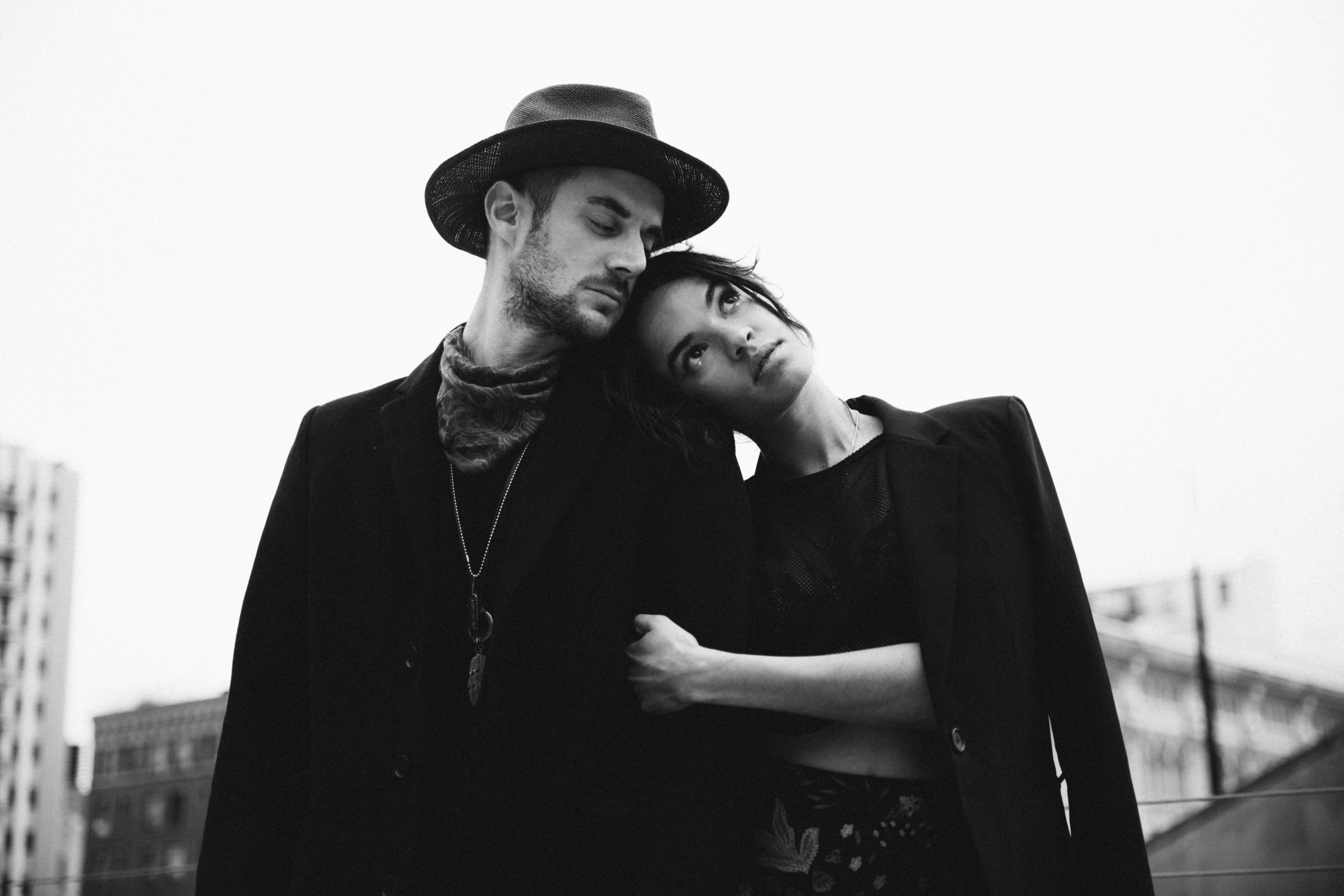 The electronic soul duo dig deep into their personal catalogue.

Dear Humans is an electronic soul duo consisting of producer Corey Epstein and vocalist + songwriter Alex Who?. Originally from Colorado, Epstein has been a musician and producer for over 20 years and in March 2018 he launched NCTRNL Recorcds which has quickly established itself as one of LA’s top deep house labels.

Alex Who? Is a Dutch-Tanzanian singer and songwriter. After graduating from the Amsterdam school for performing arts she starred in various Dutch television series and films before her demo caught the attention of Craig Kallman, CEO of Atlantic records. That triggered her move to the states, getting signed by Empire Records and releasing two EPs in the past few years.

Their latest single, Blinded, is a meticulously crafted and deeply affecting record. Sitting somewhere between deep house and neo-soul, it conveys an extraordinary depth of feeling and crackles with a restrained intensity: both haunting and invigorating in equal measure.

With the release out now, we invited the duo to select 10 of their favourite records of all-time.

It’s pop, it’s retro, it’s funk, it’s soul, it’s romantic & cool. They’re rule breakers… the ambiguity of their style is intriguing. Something about their mystique and unique sound kept us playing their last album. In a time where social media has made sure we are never left to wonder and guess when it comes to the professional and private lives of today’s artists, they remain unknown by choice.

The sonics are amazing and his voice has beautiful depth. The way he writes reminds us of a new age Bill Withers.There’s a beauty in the simplicity of production, words and personally we can’t wait to see him play live as soon as the world of live concerts opens again.

We always make time for reggae and this stone cold classic is one of our favorites. It’s good when you’re awake, when you relax, and when you want to dance. This makes even the working man’s cry sound like an ode you want to play over and over.

Rock and roll is dead. We would suggest watching “24 Hour Party People”. It all started in Manchester and describes the rise and disappearance of this classic band whose music basically was at the very beginning of house music.

To this day, they still haven’t received the credit they deserve. Mostly because they were certifiably nuts and suddenly disappeared but that’s beside the point. Listen to Hallelujah. You might join the religion that is the Happy Mondays.

Never stopped playing this. We have a love for house classics and this one is definitely one.

Sometimes a song just is in no need of explanation. Play it when you want to make absolutely sure your friends are dancing.

We always listen to Ali Faka Touré. An African legend. He’s good while you want to talk and when you want to listen. He is just the king and all of his music is equally brilliant. It was hard to choose one. Playing his music; there is no song you want to skip. Also make sure to listen to his nephew’s band who’s name is also Ali. He started a band called Songhoy Blues that gives an amazing live show.

This one never gets old. Somehow it always goes back to Africa. Tribal sounds beat to a drum that has been played long before any other instruments existed and that combined with house music just gets any party going.

Never shy away from saying something in your music. It has been on the forefront of any political movement. Music has and will forever change the world.

“For many endless years
We shed so many tears
Kids carrying guns
And wielding heavy spears
To all of you my peers
And those who have ears
Please note, come and vote
Don’t let your vote be bought”

BIG BIG song: another classic that is a must to listen to while cruising through LA with music on our mind. It is a beautiful ode to the city we love and live in, that has given us so much. Marlena is leading an orchestra into battle while serenading our city of angels.

Another stone cold classic. The funk is real and the cool is something he practically reinvented. The King of Slick before Slick Rick even uttered his first words (no offence to Mr. Slick Rick but we’re sure he would agree).

Pusherman isn’t just a cool song. It is also talking about social injustice if you pay attention to the lyrics which he utters with such swag. It sings the life of a drug dealer. Our favourite sentence in the song is when he croons; “I am a man of odd circumstance , I am a victim of ghetto demand. Insecure from the past. How long can a good thing last..?”

We do what we do to survive.

The war on drugs is a hoax and we strongly suggest watching our friend Adrien Grenier’s documentary ‘How to make money selling drugs’ whose brilliant film perfectly explains what Curtis Mayfield sings.

We could not possibly have a list like this and leave out this banger. We don’t believe any explanation is necessary why this made the cut. The chord progression plays to the heartstrings and this song has to be played at least once a week (very loud and singing along is mandatory).