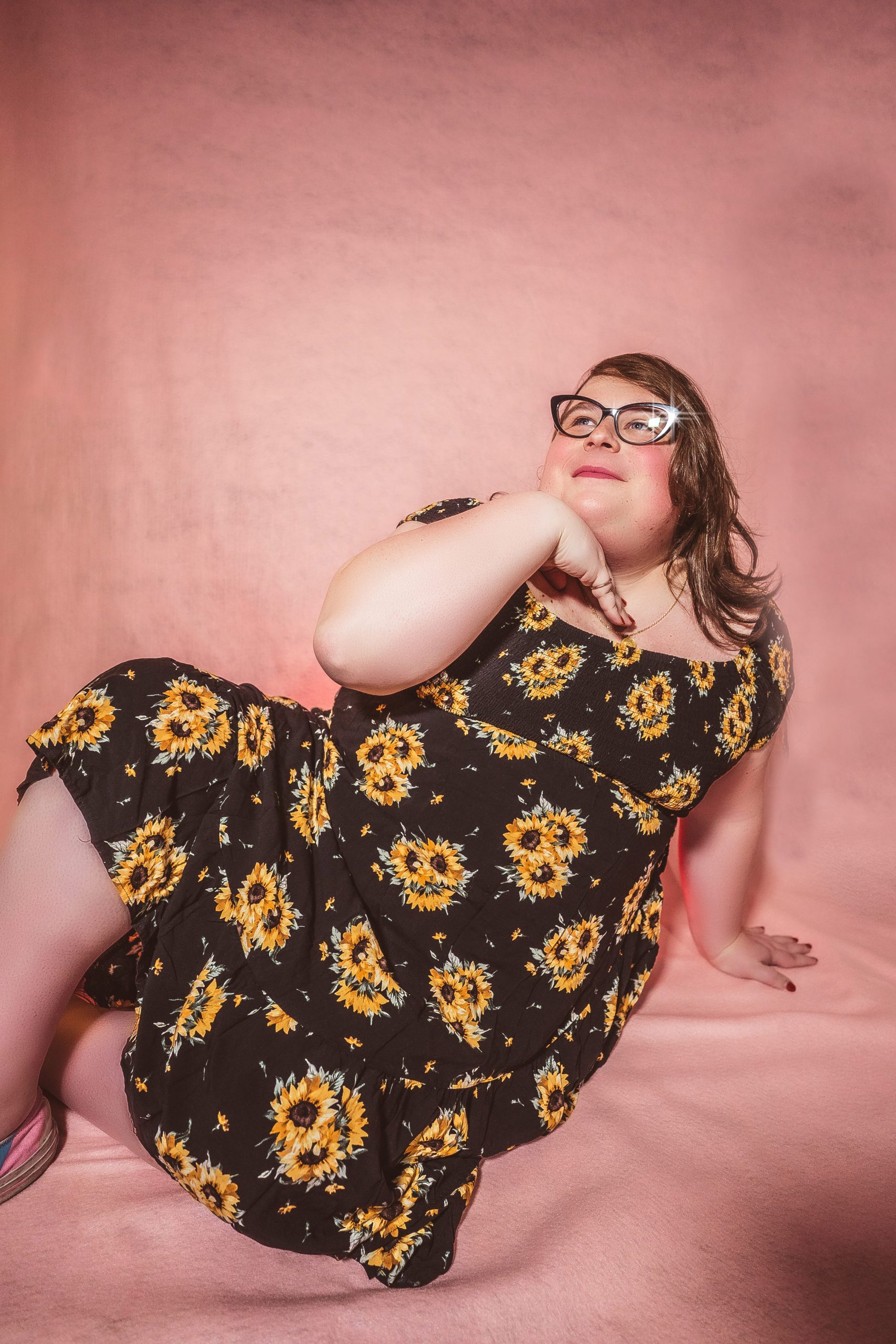 Hailing from Washington D.C, DJ, producer and label owner Baby Weight, aka Cara Eser, is an artist who wears her heart on her sleeve, showcasing a unique approach to house music while pushing and advocating for inclusivity across the dance scene.

With recent tracks on Insomniac Records, support from the likes of LP Giobbi and The Blessed Madonna, solo material via her own Chub Rub imprint, and collaborations with fellow HE.SHE.THEY. signee Longstocking, Baby Weight’s own self-described ‘chunky’ sound now graces the London-based collective and imprint for the very first time as she releases two new productions across her ‘O Sweet Baby Jesus’ EP.

Following on from the EP’s release we caught up with her to chat about her 10 all-time favourite club tracks:

“At this point in my career, I yearn for an emotional release when I go out. I don’t mind surface level tech house or bangers, but I do want the night to evolve and take me somewhere special; there needs to be heart or spirituality to balance out superficiality. My new EP on He.She.They, O Sweet Baby Jesus, goes on that kind of journey: both tracks are about building up the tension and the absolution. There’s a certain kind of joy you get from that. For this list, I picked cuts which send me to a euphoric place. These are club tracks to cry to.” – Baby Weight

Like a lot of people, I found out about Jessie Ware via her legendary work during the early period of Disclosure’s career. “Spotlight” does what all the best disco tracks do right: it’s cinematic, it’s uplifting, and washes away the universe around you. Purely a “close your eyes and scream” track. It’s also produced by Simian’s James Ford so you know that bass hits.

I only saw them perform once at a Pride party in D.C. thrown by my friends The NeedlExchange at the now defunct U Street Music Hall. I remember this song as the one which took me higher — an edit of Fleetwood Mac’s “Sara” which sounds like how coming home should feel. Warm, blissful, and suspended in time.

I remember first learning about Tiga when I read an interview with James Murphy [of LCD Soundsystem] where he talked about putting in work on his album Ciao. With one foot firmly planted in camp and a deep respect for the roots of techno and house, Tiga has been a mainstay on my USBs ever since. This track off his last album might be his masterpiece, though. It’s deeper, more personal, and when those floating keys hit for the first time it’s simply euphoric.

I’ve been a huge fan of Jam since their work on DFA Records and have always respected how they literally pour themselves into their music. Being trans or openly queer is to live a radical existence, and can be polarizing in the music industry, but they’ve never shied away from being themselves. It was hard to pick just one track by Jam, but their recent remix of Moby’s cover of “Heroes” is anthemic, hopeful, energetic, and just rocks the club. It has their signature synth work on display in spades and a driving beat that dials things up to an 11.
Fred again & I. Jordan, “Admit It (u don’t want 2)”
It might seem like the least obvious choice from both of these artists’ discographies, but this track hits a super raw note for me. The shuffling beat drives this track into layers of cycling pads, arpeggiated synth work, and airy vocal chops to the point where you feel your heart in your throat.
Boston Bun, “Missing You”
Boston Bun’s music has always had deep reverence for where dance music came from. “Missing You” is no exception. With chords that evoke memories of early 90’s house meshed with orchestral notes, and a floating vocal that just feels like a warm hug when you hear it on a big system, this track is a shining example of why Boston Bun became a mainstay at Ed Banger records.
Nalin & Kane, “Beachball (Vocal Mix)”
This song never fails to make me cry every time I hear it on a late night drive or at peak hour in a club. Like, it’s kind of a corny track, but something about that break in the middle just makes the waterworks start flowing.
Tensnake, “Antibodies (LP Giobbi Remix)”
Leah [LP Giobbi] has been part of such an amazing support system for me over the past couple years and her work with Lo at Femme House is truly incredible. She knows I love her remix of Dom Dolla’s “Pump the Brakes,” but this remix always pumps me up and gives me chills every time I hear it in a crowded club. The piano of it all!
Joe Goddard, “Electric Lines”
I’ve loved Joe for such a long time because of his work with Hot Chip and The 2 Bears. I ultimately picked the title track from his 2017 album. It’s not the most dancefloor oriented piece he’s written – tracks like “Home” or “Gabriel” hold that honor – but this pensive web of arps and textures proves you don’t need a 4/4 kick to create electronic music with healing abilities. “Electric Lines” got me through some really dark moments these last few years and gave me hope despite its melancholia. It’s a song about the things we treasure and being fearful that the future might erase them. In some ways, it echoes the personal journey I’ve been on as I’ve deconstructed myself to pursue my own truth. It’s just such a fucking beautiful and heartbreaking track.
Stephanie Mills, “Never Knew Love Like This Before”
This song is celebratory. It’s unapologetic. It’s pure of heart. It makes your soul leap out of your skin. And at a time where there’s so much unrest and sadness in the world, it’s a reminder that love is still present in the world. If the opulent orchestral suite doesn’t win you over, the confidence and optimism in Stephanie Mills’ voice will.
July 06, 2022 By Contributing Writer