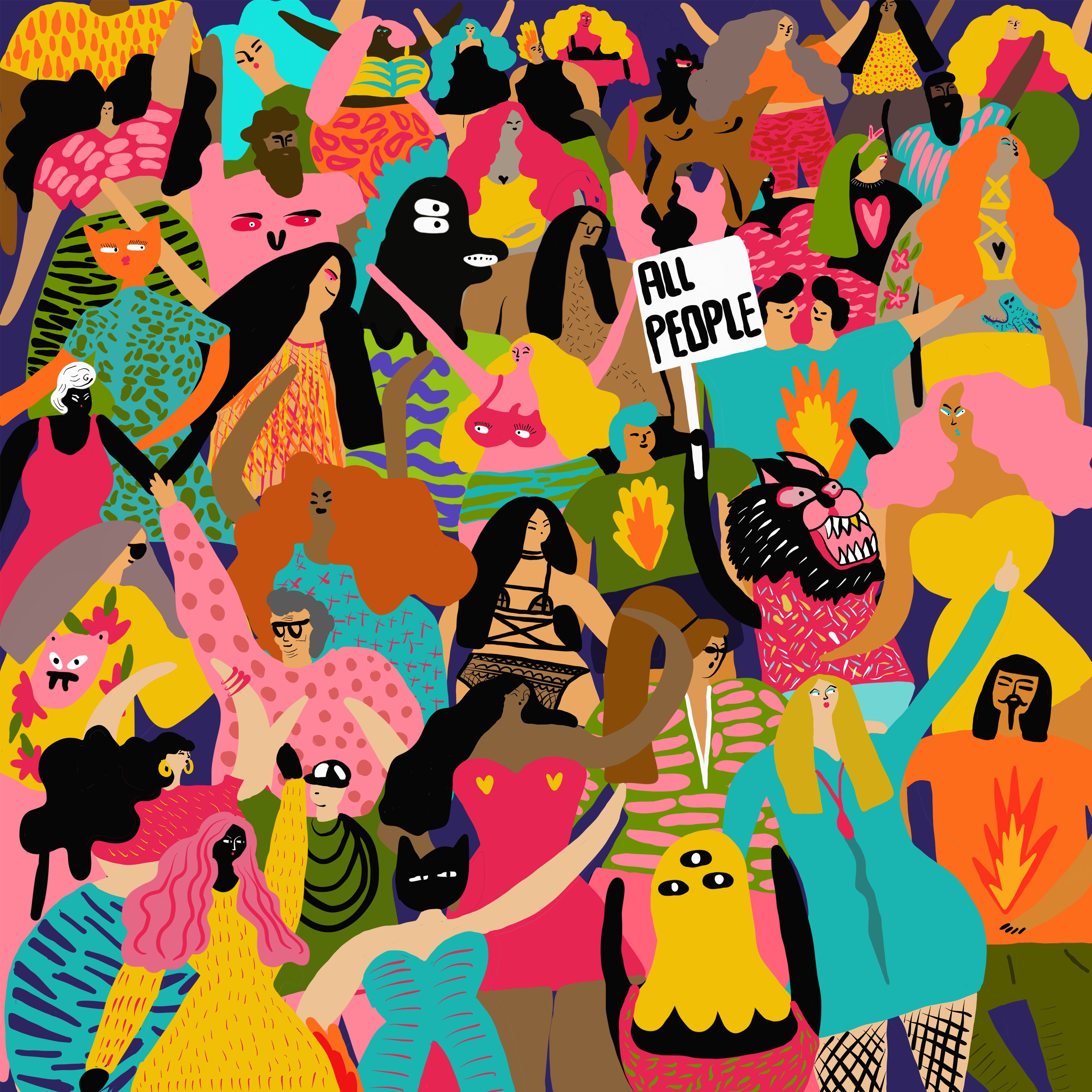 Pillowtalk have been serving up sumptuous sounds for a few years now. hey are a skilled live act with a rotating cast of musicians joining them. They’ve released on label sleek Wolf & Lamb and now are back with another lush album on their own PillowTalk Music.

The album features Greg Paulus on trumpet, and introduces the lovely Hannah Noelle on background vocals. It is a record of two halves, with dreamy and romantic love songs in the first half before more political and up beat tracks later on.

The whole thing has a mellifluous glow to it that will really find a way into your affections and plenty of hummable top lines and great vocals. Opener be a is one of those, with hip swinging claps and soul to spare. The likes of Pearl District are a little more melancholic, with pensive keys and downbeat vocals, while All People is a DFA style, upbeat disco jam with trumpets and big licks and pianos all getting you on your toes.

Elsewhere LAB has vocoders vocals and late night prickly grooves, Held Me Down is a trippy number with lots of glowing chords and keys and taking Care of Us wraps things up on a tender, sombre note but one that leaves you feeling happy. This is a rich and musical album that you need in your life this summer.