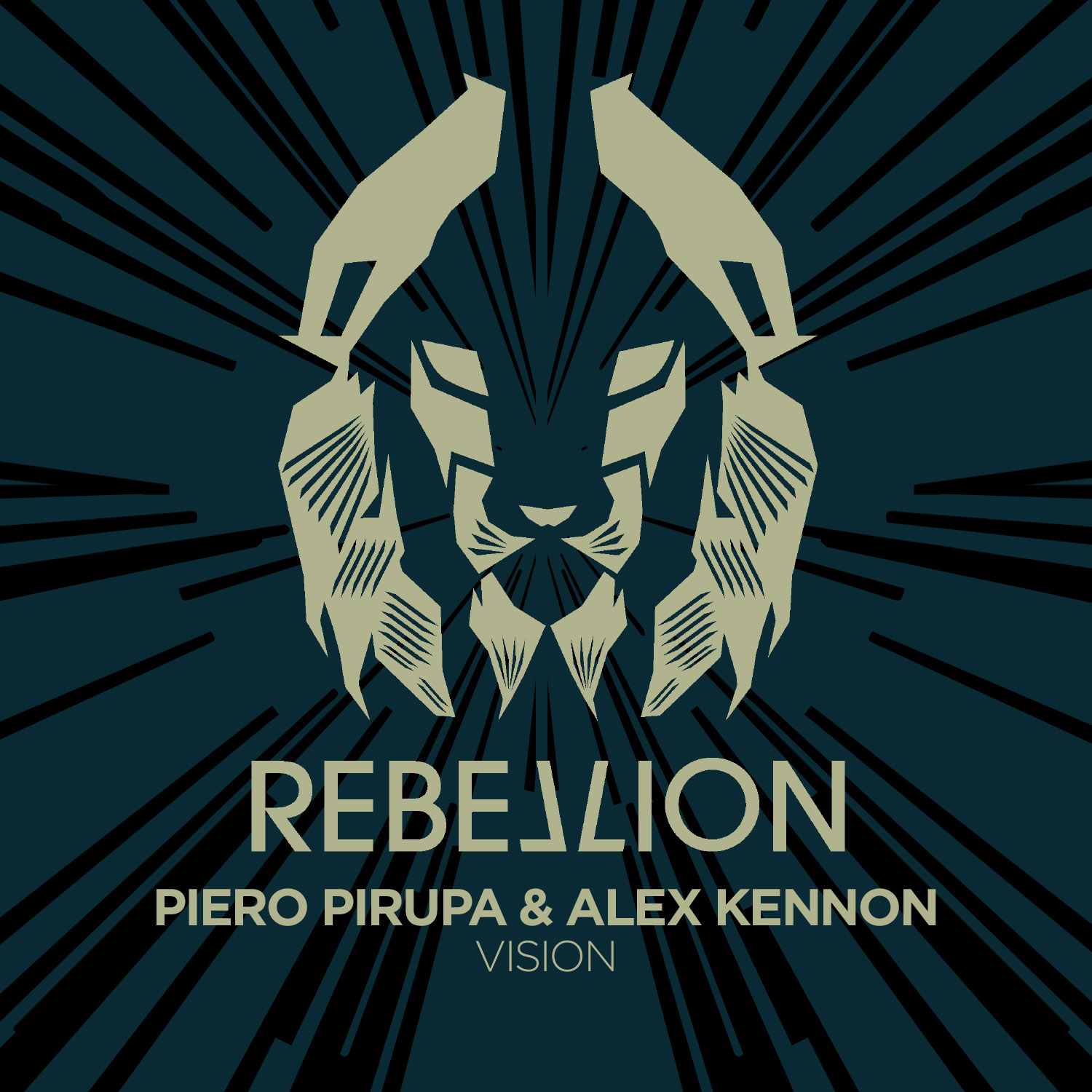 The invincible forces of Piero Pirupa and Alex Kennon join together to create a potent two-track EP for Rebellion that is poised to cause a stir on dance floors worldwide.

The conception of the EP was a spontaneous one for the pairing after Alex found himself in Barcelona for a gig. “I said “let’s do something in the studio together”,” Kennon explains. “We both brought something special to the table and I am very proud of the results.” Piero echoes this sentiment: “We made this EP for fun, Alex was in Barcelona and he asked me to do something and we went in my studio and we did this EP in two to three days”

The end result of that impromptu session are two powerful pieces of music. Title track Vision opens up the EP with its supremely catchy vocal hook that effortlessly glides over its rhythmic, rolling beat that employs an insatiable midway. Turning uses intricate and plentiful layers of percussion, and an uplifting melodic vocal.

Piero Pirupa has built a solid career in just a few short years. Three of his tracks are amongst the most downloaded on Beatport and he’s had music signed to impressive labels including Drumcode, Crosstown Rebels, Defected and Saved. In 2015 he launched his own imprint – NONSTOP, which won Beatport’s Best Breakthrough Label that same year. As well as releasing on that very imprint, Alex Kennon’s music has also charted on Crosstown Rebels and Saved. His productions have been supported by heavyweights such as Nic Fanciulli, Kölsch , Solomun, Steve Lawler, Damian Lazarus, Matthias Tanzmann and Tale of Us. In 2018 he won the Best Newcomer award at the renowned International DJ Awards and Mixmag have touted him as a producer to watch.

Vision EP is out now on Rebellion.